LG G6 All But Confirmed In New Leaks

The brand new LG G6 will be announced in just a few short days, and recent leaks have all but confirmed the new phone. For months on end we’ve been hearing rumors and seeing leaks of what’s to come. And now we have the best ones yet. With days to go before the official unveiling, these are the latest LG G6 leaks ahead of the release.

As February comes to a close the LG G6 will formally be announced on the 26th in Barcelona, Spain. During the annual Mobile World Congress tradeshow event. However, ahead of the announcement LG just released a teaser website, and countless leaks have answered any remaining questions.

For those that don’t know, the LG G6 will be vastly different than the G5 from 2015. The company has ditched the modular design and removable battery, slimmed down the bezels, and aim to take Samsung’s Galaxy S8 head on. This is the LG G6, coming soon. 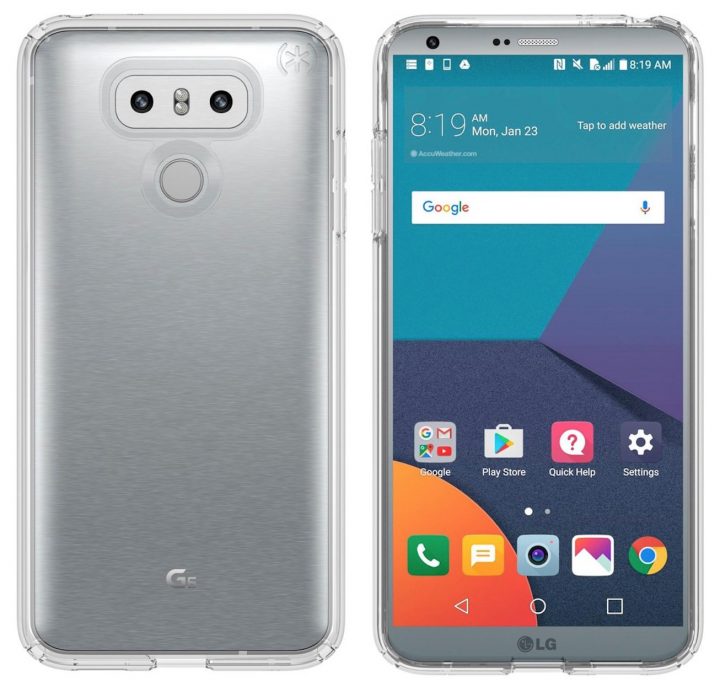 Evleaks teases the LG G6 ahead of release

Throughout all of January we learned a lot about LG’s upcoming smartphone. The company has slowly unveiled small details like the premium metal design, water-resistance to even the new 5.7-inch display. At the same time photos and details continue to surface online ahead of the big unveiling and release date.

While we know just about everything already, these new photos answer any remaining questions potential buyers may have. From the final fit and finish, premium metal design, to the dual cameras on the back. Our latest photos come from 9to5Google, and the popular leakster Evleaks on Twitter. 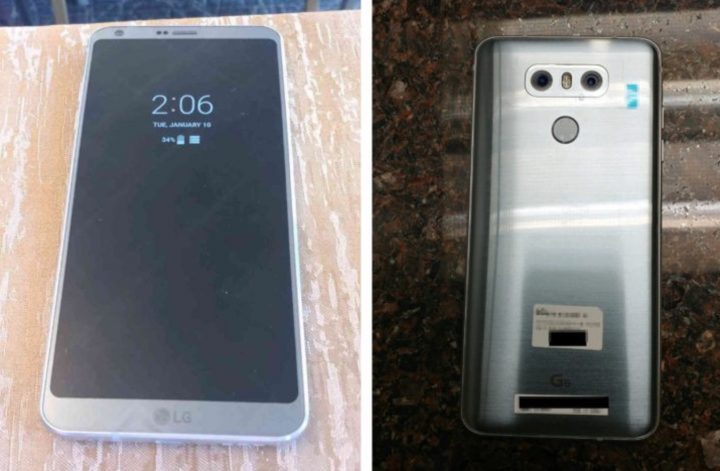 Shown above is a fully working an function LG G6. Rather than a concept image, front panel or other parts of the device. Instead, this is a production model out in the wild being tested. All but confirming everything this phone will have to offer.

We see the always-on display feature will remain, as will the dual rear camera setup. That said, everything else is different from prior years. LG scrapped the modular design and made the device a solid piece of metal. There’s no removable battery but that means it will now be water-resistant, similar to the Galaxy S7 and iPhone 7. Users can also look forward to the big display, small bezels, and rounded edges adding polish to the finished product. It’s worth noting the leaked case photo above doesn’t show the rounded edges of the screen, but that’s expected to be one of many design decisions. Here’s the full spec list according to leaks and rumors.

The information above has been shared time and time again. However, the latest leaks seemingly confirm the final details. One notable change suggests the LG G6 will have 32GB of storage and a micro-SD slot, rather than 64GB. This isn’t too big of a concern with removable storage being an option, except for the fact we believe the Galaxy S8 will have 64GB by default. 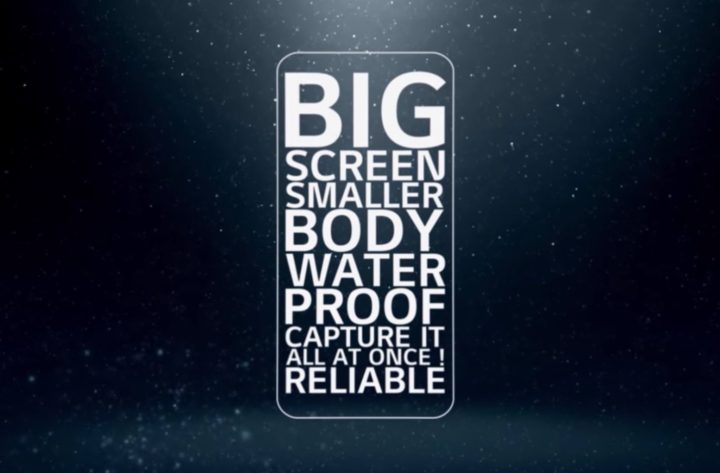 Furthermore, the popular leakster @Evleaks recently unveiled the photo at the top of the page, along with the Galaxy S8. Showing once more the final finish of the phone. It’s wrapped in a case by Speck, a popular brand, suggesting the release date may be closer than many think.

Right now we’re hearing the LG G6 will be released on April 7th following the February 26th announcement. Other reports have suggested a mid-March release date, or even near the end of the month in the US. If the company wants to have a strong lead over Samsung’s Galaxy S8, the earlier the better.

In just a few short days we’ll officially have all the details right from LG themselves. For now though, the device is all but confirmed thanks to all these leaks and more could surface in the near future. Stay tuned for more details.