Why You Shouldn't Buy the LG G5 or V20 Right Now

The LG G5 is an impressive phone with a lot to offer from last year. But it’s a phone you shouldn’t buy right now. The same can be said about the powerful LG V20. They are tempting options but buyers should hold off and wait a little bit before buying. Read on to find out why.

LG struggled last year with the modular LG G5. The idea didn’t take off, and accessories were few and far between. As a result the phone is often on sale. So much that many have considered it. We’re here to explain the multiple reasons one shouldn’t do it in 2017.

Nearly a year after the LG G5 release there are multiple reasons we’d say not to buy one right now. And that isn’t just because new phones are coming. In fact, there are severals reasons why. If you need a phone now, go ahead, but you’ll be glad you waited if you take our advice. At that goes for the V20 too. 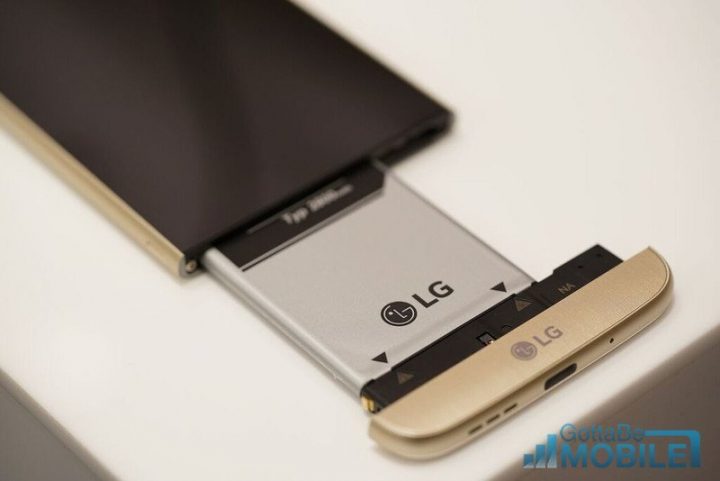 LG G5 with a modular and removable battery

There are a lot of great phones available right now, it’s just a bad time to buy them. Whether that’s the Galaxy S7 Edge, iPhone 7 or even Google’s Pixel. That’s mainly because all of the great phones on the horizon in 2017, not to mention last years phones are all a year old. That’s important when it comes to buying an Android and wanting software updates.

Here is why you shouldn’t buy the LG G5 or LG V20 right now. Each phone has a lot that will make buyers happy, and that might be a good route for some. Everyone else though, read on for the details.

Reason number one for waiting on LG’s phones from yesteryear, is what’s coming next. The LG G6 release is almost here, and it looks to be their best smartphone yet.

For 2017 LG completely changed their approach to the smartphone market. They’ve added a premium all glass and metal design, water-resistance, and a huge screen with tiny bezels.  In fact it’s 5.7-inches with rounded corners like we’re expecting to see from the Galaxy S8. Our favorite aspect is the sleek design and water-resistance. This is the year LG might finally take on Samsung.

Sadly the LG G6 has the same processor as the Google Pixel (which is still fast, but not a 2017 model) and only 32GB of storage. That said, everything else about it puts it in the same high-tier as upcoming Samsung phones, and the iPhone 8. And makes it a far better choice than any LG phone from previous years.

For those unaware, the LG G6 is available right now for pre-order. Our link above has all the details. Get one from Verizon starting March 30th, or all other US carriers on April 7th. More details about the LG G6 can be found right here. It’s also available today in select regions outside the US, like South Korea.

One thing to consider when talking about the LG G6 though is the battery. It’s no longer removable. If that’s a must-have feature, you’ll just need to get the LG G5 or V20.

If you love LG smartphones, Samsung may not be your typical device of choice. This year though, the company could change your mind. That’s because they have a similar idea as LG with the tiny bezels and huge screens. Add in a world-class design and camera, rear fingerprint scanner and other things, and we can start to see the appeal.

The Galaxy S8 and Galaxy S8 Plus will be the best of the S7 and Note 7.  All combined into one sleek device with a huge screen. The Galaxy S8 will have a 5.8-inch screen, with a 6.2-inch Galaxy S8 Plus. It sounds crazy, but they will be about the same size as past Samsung phones. With small bezels and the scanner on the rear, they won’t be much bigger than the LG G6 or Galaxy S7 Edge.

They also come with double the storage, at 64GB, water-resistance and course, and other things like Samsung Pay and the Gear VR headset compatibility.

The only problem we see with waiting, is the delay. That’s because the Note 7 recall caused Samsung to be more cautious. They added an 8-point battery inspection and delayed the Galaxy S8 launch event to March 29th. Yes, that’s coming up quick. Still, you won’t be able to buy one until late April. It’ll be worth the wait, but an entire month after LG might be tough for some.

If you don’t need a phone right now or can wait it out, waiting for Samsung and LG will be your best bet. Our link above goes into more detail about Samsung’s plans for 2017. Oh, and they should have the Note 7 battery situation under control. For what it’s worth.

While it only has a few improvements over the G5, the new HTC U Ultra is another option that could use a second look. Everything about it has a slight edge over phones from 2016. It also has a beautiful design similar to the Galaxy S7 or upcoming G6, while rocking a huge 5.7-inch display.

Then, for LG V20 fans, HTC added improved audio and a secondary 2.1-inch screen above the main display. Just like the LG V20 or V10. Giving it more options while improving the software and delivering Android 7.0 Nougat. It’s a bit expensive starting at $749 and it isn’t available from carriers, so that’s a big price to pay outright. It has already been announced, and received some bad press, but it’s still a good phone that the majority of consumers will enjoy.

It’s only marginally better than the G5, but if you need a phone now we’d recommend this before LG’s older phone.

If the thought of the modular LG G5 excites you, we’d strongly suggest looking at the Lenovo Moto Z or Moto Z Force. If you don’t have Verizon, the phone is still available unlocked. Motorola followed LG down the hole of modular phones, but with arguably a better method.

The modular accessories snap on the back, rather than making us turn off the phone and pull off the bottom like the LG G5. It has been available for a while, but we’re confident in saying it’s a better overall direction. Read our Moto Z Review. 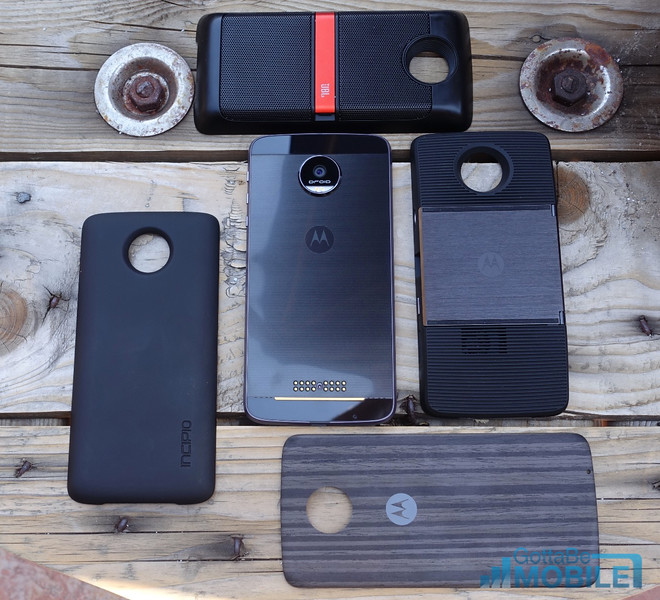 Overall the Moto Z may not have a lot more to offer over the LG G5, but it’s on sale often and still a great phone running Android 7.0 Nougat already. They also have a ton of Moto Mods, unlike LG, and more coming this year.  At the same time, in summer of 2017 another Moto smartphone is coming. That’s likely too far for anyone to wait, but it’s a thought.

Those are just a few of many. Another idea is the Huawei Mate 9, instead of the LG V20. It has a 5.9-inch screen, dual cameras, Android Nougat and Amazon Alexa, all for a lower price. Buyers have options now, and even better option in the coming weeks or months. Like the upcoming the OnePlus 5, which could be another game-changer. The OnePlus 3 was awesome.

We could even see another Moto X for those who like some customization and a lower price tag. HTC and LG might release more phones after April with the latest Snapdragon 835 too. Because Samsung bought all the new generation phone processors for the first quarter of the year. Meaning only the Galaxy S8 will have the best, at least initially.

We can’t forget about Apple either, even if they don’t make Android phones. We could see an iPhone 7s, or the company may jump straight to the iPhone 8. There are some beautiful renders that recently leaked many are excited about.

And finally, another idea is waiting for Google. In 2016 the first phones “made inside and out” by Google were released. Called the Pixel and Pixel XL. Personally, it could be the best Android phone I’ve ever used. It wasn’t perfect, but darn close for their first try.

We have big hopes and expectations from Google this time around now that they can plan for an entire year. The rumors surrounding a Pixel 2 are exciting. Most expect them to take a route similar to LG and Samsung with tiny bezels, great sound, water resistance and push the Android market as a whole forward. Not to mention they’ll be running the new Android O. They are probably being released too late for anyone to actually wait, but we had to mention it.

At the end of the day it really comes down to your preferences or needs and wants. If you need a phone right now, the LG G5 is still a good choice. However, so is the OnePlus 3T or upcoming LG G6. That’s the beauty of Android, we have endless options.

Sometimes getting a phone when you find a deal is nice, but it often pays to wait. Not to mention the LG G5 should continue to plunge in price as the year moves ahead and new phones are released. All said and done, wait a little longer to see what’s coming, and what 2017 has to offer. Then make up your mind.