Adobe just launched an update to Lightroom Mobile that lets users shoot HDR photos on iPhone and Android using the Lightroom Mobile app. The great photo organizing and editing app from Adobe will let users shoot their shots and then edit them after taking the photos. We’ll show users how to use the app to take beautiful shots in difficult lighting situations.

Why Shoot HDR Photos on iPhone?

First, what is HDR? It stands for High Dynamic Range and refers to a special kind of photography where the photographer shoots three or more photos using different light settings for each shot. For example, the person will shoot the first shot to get the brightest parts of the scenery well-lit, but this leaves the mid-tones and dark areas too dark. So they take another shot of the same scenery so that the mid-tones get the best exposure. However, this leaves the brightest areas, like a window in a room or the sky in a landscape photo, too bright. The darkest areas, like the shaded area under a tree in a landscape, look too dark. The third shot gets the best exposure for those dark areas, leaving the mid-tones and bright areas too bright. 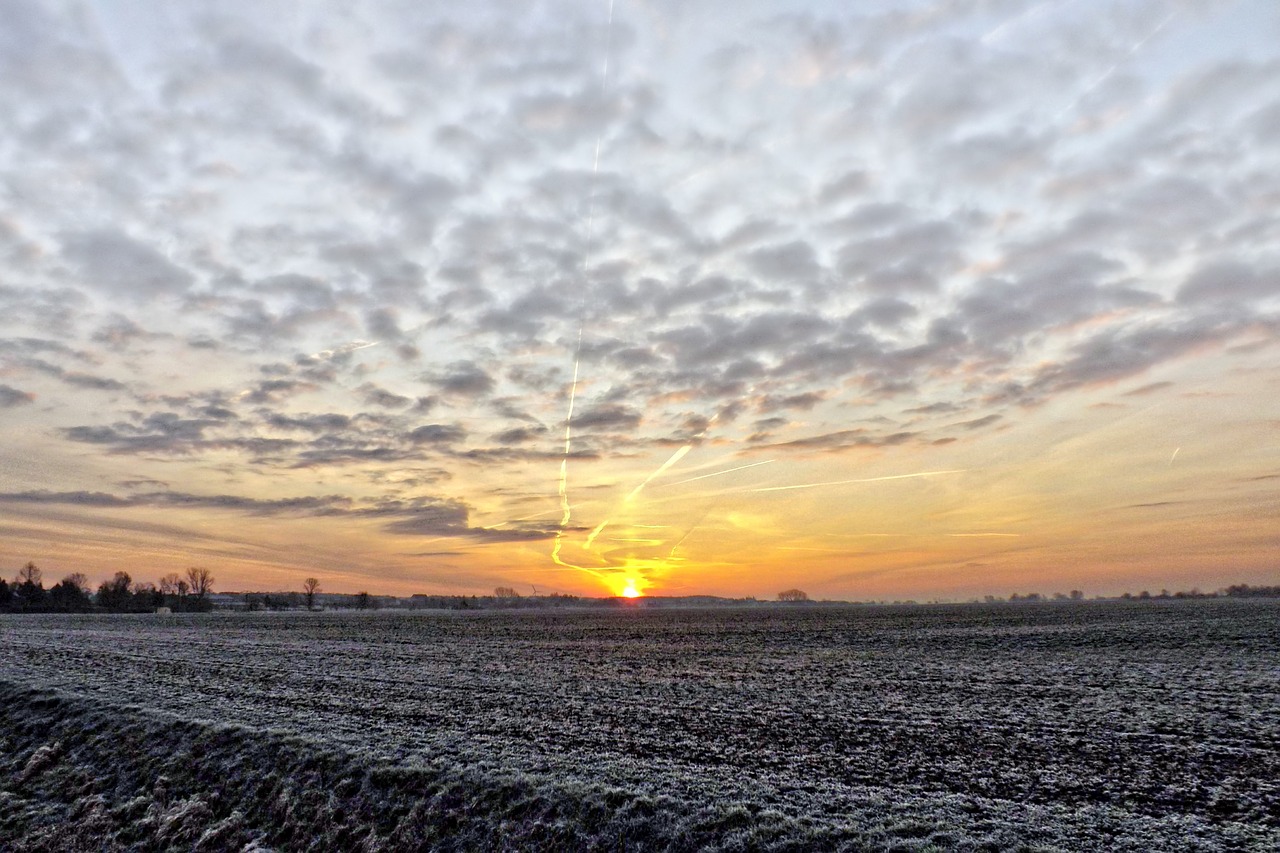 Professional or high-end consumer cameras often give photographers the best option for shooting HDR photos. They automatically will shoot three or more shots using different exposure settings. Some apps will mimic this HDR look, but they don’t really work as well. The HDR setting on the iPhone 7 camera works okay, but not as well as Lightroom Mobile. Until now, using the camera app’s HDR setting gave users the best option for shooting HDR Photos on iPhone, but not anymore.

Before Adobe’s update to Adobe Lightroom Mobile, shooting HDR Photos on iPhone meant taking three shots and then exporting them to a computer. The photographer then combines the three or more shots into one shot with excellent lighting for all three areas, light, dark and mid-tones. That means uploading the photos, going to your desktop or laptop computer and opening a photo editor, like MacPhun’s Aurora HDR 2017 editing software or Adobe Photoshop CS.

How to Shoot HDR Photos on iPhone with Lightroom Mobile

First, install the app and sign up for an Adobe account if you don’t already have one. To get the most out of the app, you will need a subscription. The Adobe Creative Cloud Photography plan only costs $9.99/month and includes access to the full desktop/laptop versions of Photoshop and Lightroom plus the ability to sync between mobile devices and desktop/laptop computers. The free version lets users take photos using the steps below. 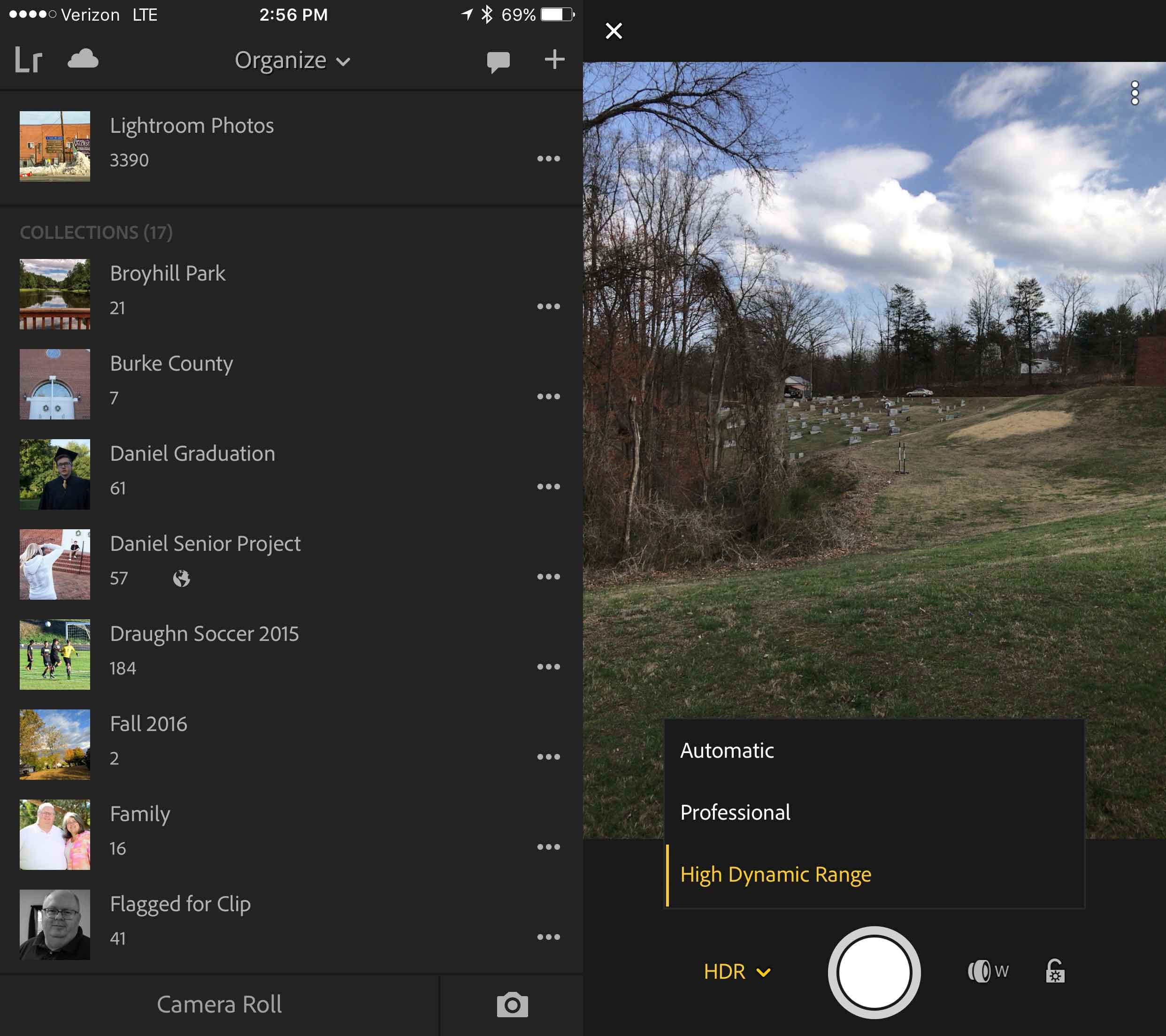 Take a photo using the Lightroom Mobile app camera by tapping the camera button on the lower right corner. The first time the app asks for access to the camera. Tap on OK and let it use your iPhone camera to shoot HDR photos on iPhone.

Next to the large white shutter button you’ll see a drop down list with an arrow pointing down next to it. It will likely say AUTO, but might read PRO or HDR. Select HDR from the list when tap the down arrow. 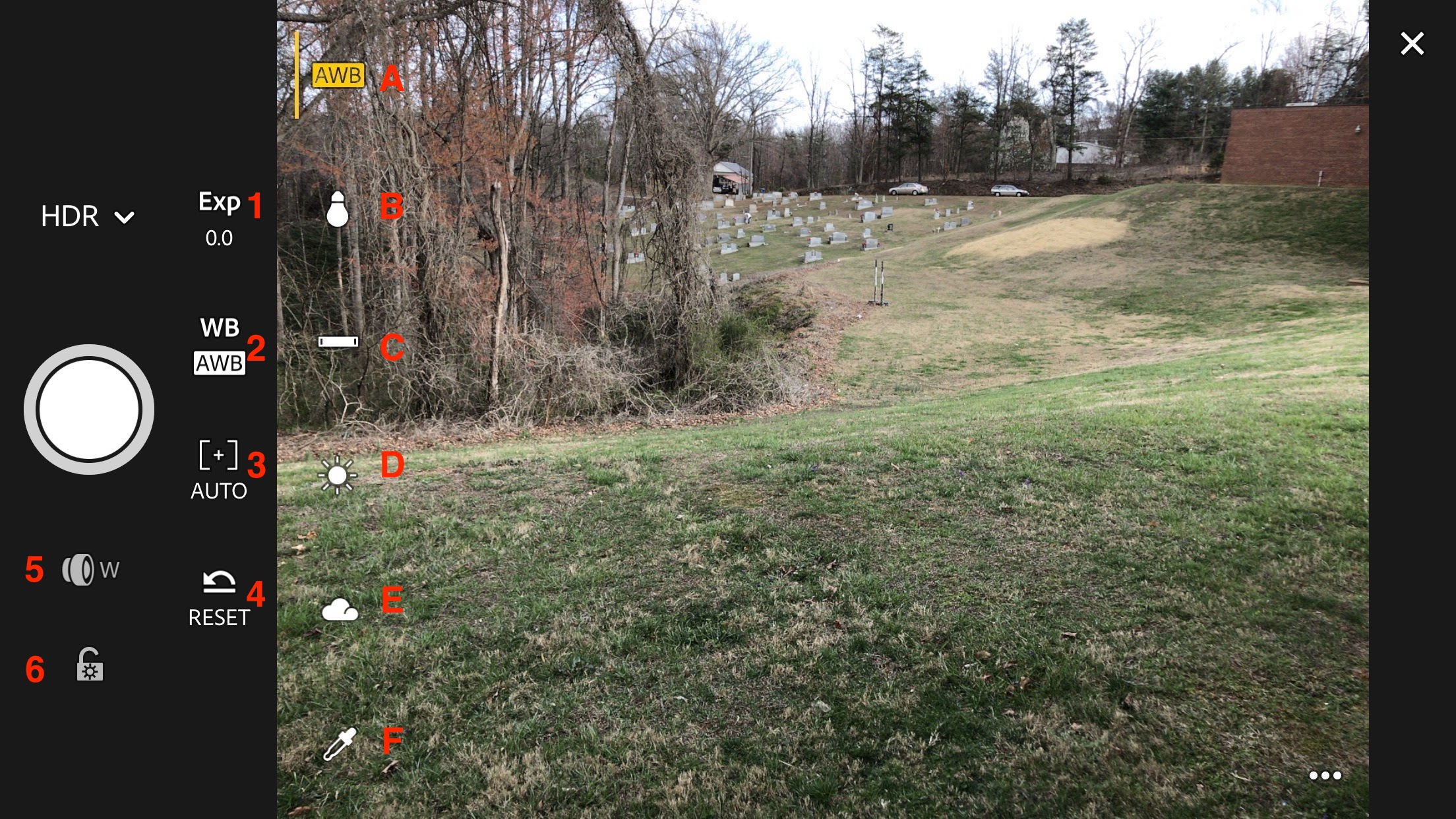 The app shows a few options. The user can start taking HDR photos on iPhone as is or adjust one of the options. The options include the following:

Once you’re settings look right, then take the photo using the large white circle at the bottom in portrait or to the side in landscape mode. Most shots look best in landscape mode, but you can shoot a scene using both and decide later which looks best.

After you shoot the scene the camera grabs the RAW photo and then shows the results on the screen for a short time. It will upload the photo to Adobe’s servers for processing. This can take a little while so wait patiently, especially on LTE or over a slower Wi-Fi network. 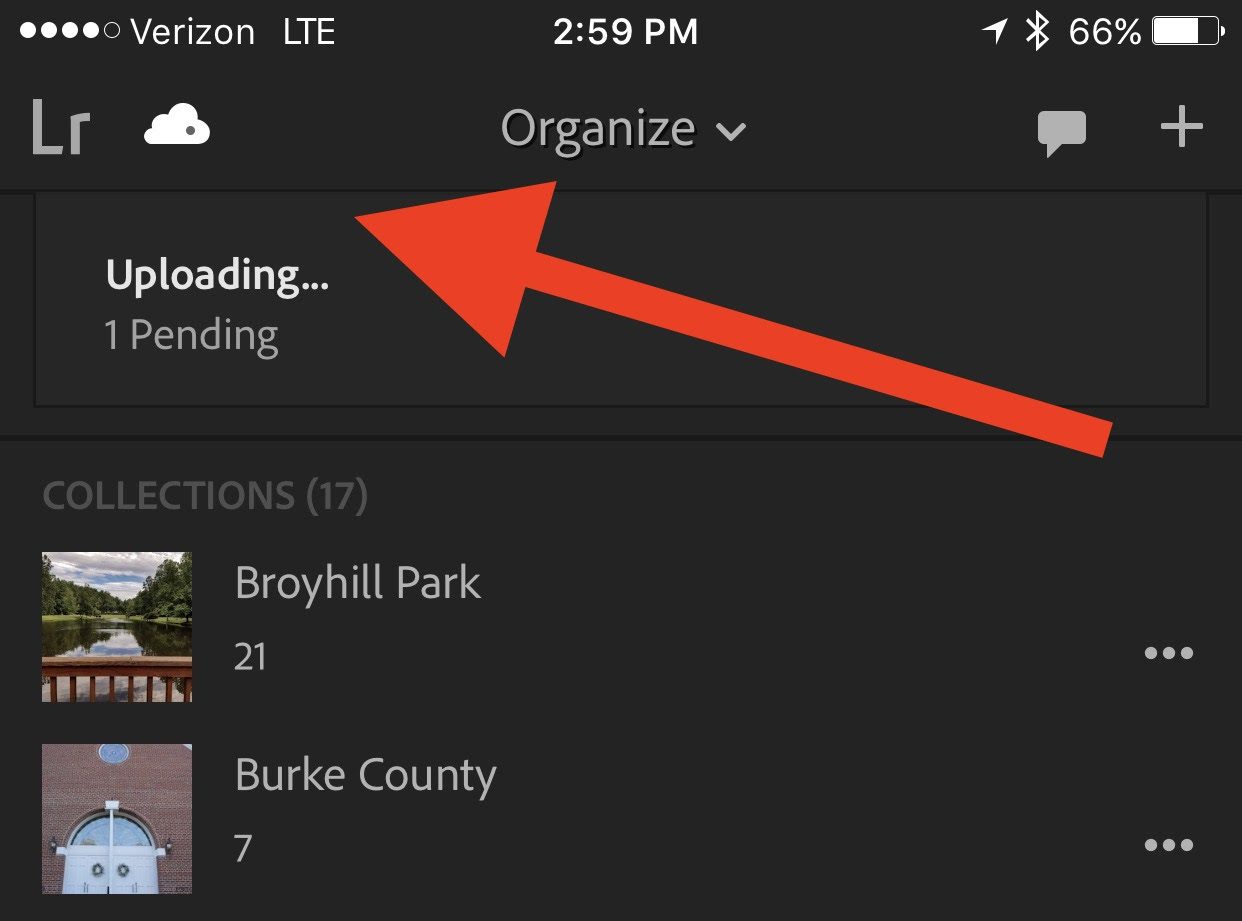 To see the results, tap the white X in the upper right corner (in landscape mode) of the camera app screen. The library of photos in Lightroom will show up. Tap the cloud to see the uploading progress. Tap on the first entry in the list, which reads Lightroom Photos. Any photo shot using HDR will show a small HDR icon over the photo. Tap one to see it full screen and to edit it using the editing tools of Lightroom. The videos below will show you how to use the app.

You can sync photos between your iPhone and your computer using the steps in the video below.

Example Shots from Shooting HDR on iPhone with Lightroom Mobile

I shot a difficult scene using my iPhone. This is one example of the kind of setting in which someone might want to use HDR. I turned off the lights in the room and pointed the iPhone 7 Plus camera at the window and tapped on the window to expose it for the lighting pouring in through the window during late morning on a slightly overcast day. Here’s what the room looks like from a regular photo taken without any HDR on an iPhone 7 Plus camera. 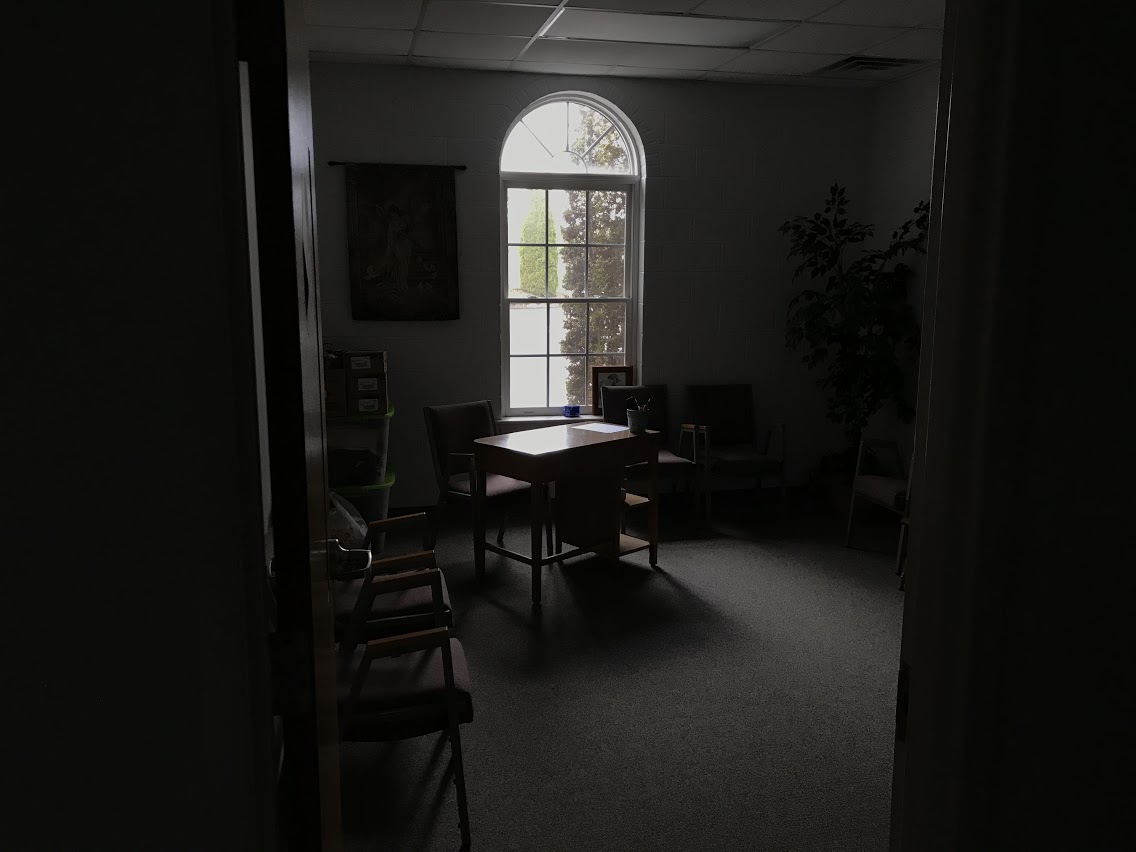 Shot using iPhone 7 Plus with no HDR turned on.

Now take a look at the same shot using the built-in HDR setting on the iPhone 7 Camera app. 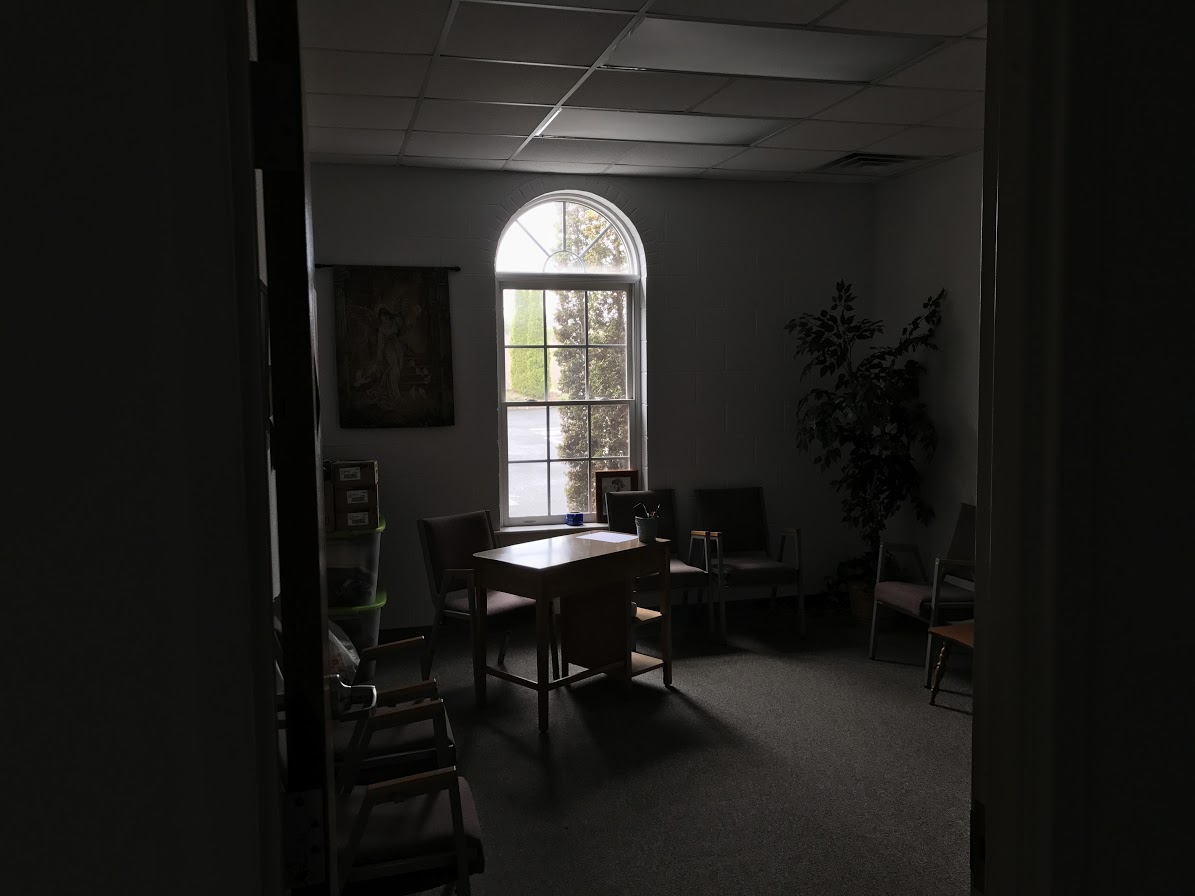 Shot with iPhone 7 Plus using the HDR setting of the built-in iOS Camera app. 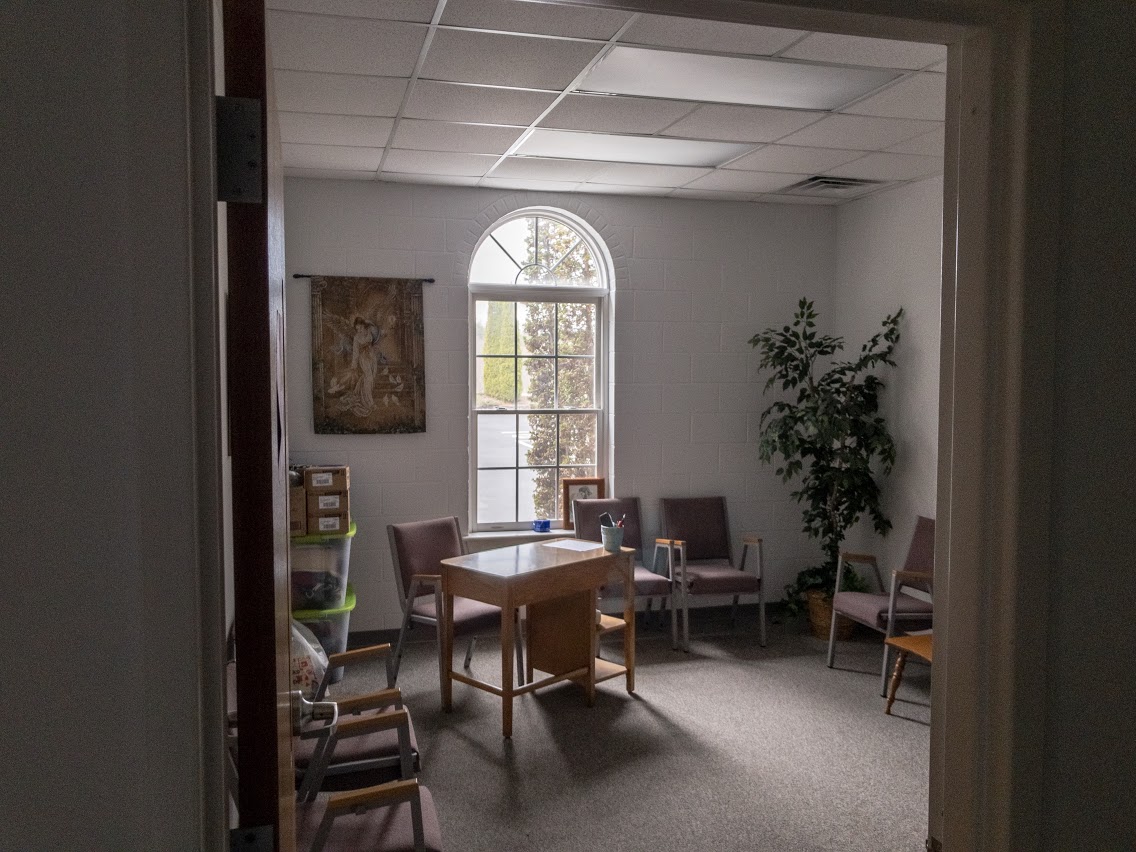 Shot using Adobe Lightroom mobile on an iPhone 7 Plus.

As you can see the first shot only shows what’s outside the window with good lighting. Everything else looks too dark to see what’s in the room itself. There’s little detail in the shadows. Strangely, the iPhone 7 Plus Camera app HDR setting doesn’t brighten up the room much at all. The two photos, without HDR and then with HDR, look almost identical in exposure. The third photo, shot using the Adobe Lightroom Mobile app and uploaded to the Adobe servers, looks better. You can see more detail inside the room and outside the window. You can even see a little of the molding around the door to the room, which appears as all black in the first photo and extremely dark with little detail in the iOS Camera HDR shot.

The Adobe Lightroom Mobile app does a nice job of creating HDR photos. It takes a little while to upload the photos and will eat up data if your shooting away from Wi-Fi and want to see the results before you can get back to a place with Wi-Fi. However, I’ll shoot all of my HDR shots using Adobe Lightroom and not even bother with the built-in iOS Camera app’s HDR setting from now on.