As gamers prepare for a new Madden game with upgrades and added realism we want to share the confirmed information about Madden 16 and what you can expect when it comes to the most important Madden 16 release details.

The Madden 16 release spans the entirety of the new game from the physical release date to key changes to the game. 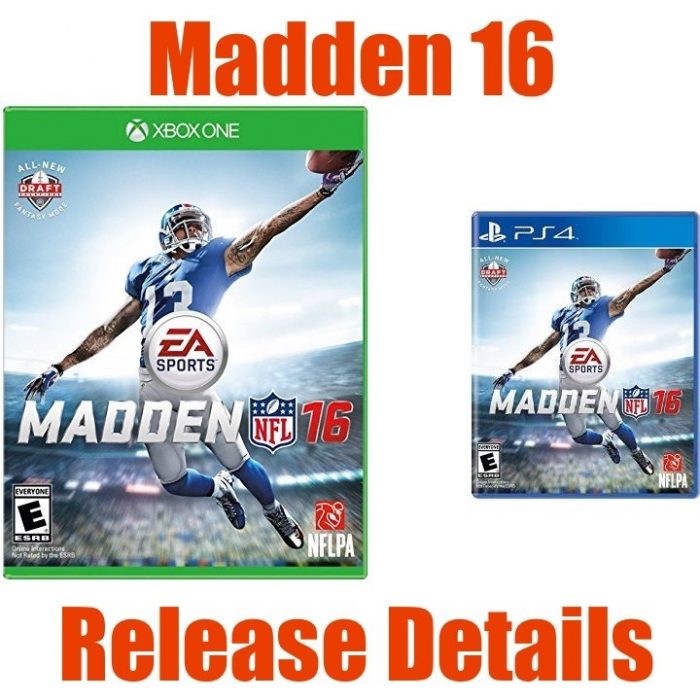 Here are he Madden 16 release details gamers need to know.

Madden 16 is available on Xbox One, PS4, PS3 and Xbox 360. There is no Wii U or PC version of Madden for the second year in a row.

One common complaint from gamers is that EA charges $60 for a roster update. If  this is something you feel, you can check out the new Madden 16 features and the gameplay videos below to see if there is enough new in Madden 16 to convince you to buy

The biggest focus on the new Madden release that we keep hearing from EA is that the upgrades are about adding realism to football. This includes new throwing and catching options, better in game presentation and even more penalties — which is something gamers requested.

This year gamers also get what is essentially a Fantasy Football mode for Madden 16 called Draft Champions. This is basically Draft Kings meets Fantasy Football meets you playing Madden in short lived, fast paced fantasy matchups where you control the outcome of the league.

Here are the most important Madden 16 release details that you need to know right now.