Madden 20 Review: Is it Worth Buying Madden?

Is Madden 20 worth buying? Here’s our Madden 20 review from a casual player to help you decide if you should buy Madden 20, rent it or wait for a better deal.

I’ve been playing Madden for years, but I’m currently a casual player that likes to spend most of my time in Madden Ultimate Team without spending money in the game. This year I branched out to try out the new QB1 Face of the Franchise mode, which I also found enjoyable.

If you’re looking for a deep dive into the in’s and out’s of salary caps and team management, this isn’t the review for you. I’m a gamer that likes to spend a few hours in Madden a couple times a week.

You can buy Madden 20 at GameStop, Best Buy, Amazon, Newegg and digitally through Microsoft and Sony. There are three Madden 20 editions with deals available on several versions. 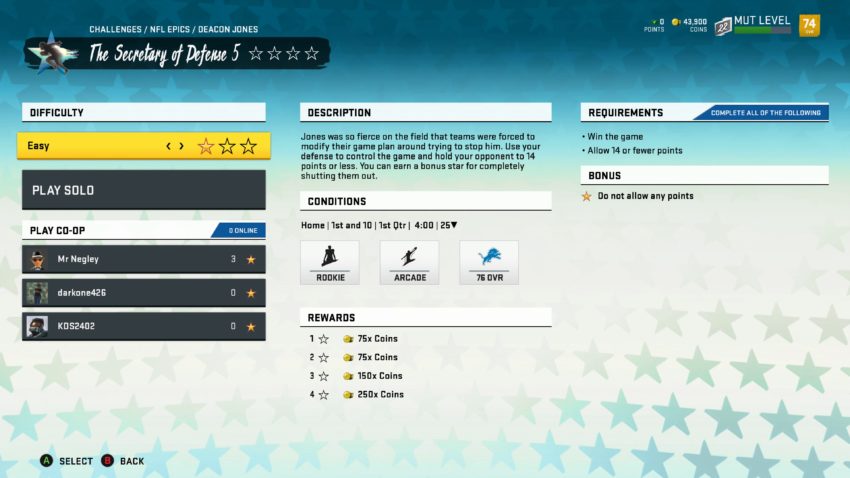 There new MUT screens and flow are excellent for casual players.

I spend most of my time in Madden playing Ultimate Team and it is a much nicer experience for Madden NFL 20, but it isn’t perfect.

The best part about playing Madden Ultimate Team this year is the ability to progress directly to the next challenge without going back to the options, collecting coins and leveling up in between each one. This makes the entire process of playing MUT in Madden 20 a vastly better experience.

In the Challenges there are three difficulty levels with varying rewards and then a bonus objective. This is an awesome way to cater to different skill levels, team levels and the intensity of players. I love this change and I find myself going back to try and get the third or fourth star as I play.

There are a number of new missions that are easier to understand and track than in previous years thanks to the new MUT home screen. I wish there was an easy way to bounce out of a set of challenges to the main MUT screen without hitting B several times.

I’m able to track and understand the sets a little better this year, but this is where my casual player status really shows. I collect the special cards, but it is still an undertaking when I want to manage them and figure out all the upgrades. I don’t expect an easy mode, but it would be nice to have a little more hand holding out side of the quick sell tips if you want to figure out sets and options later.

In the game I spend most of my time in Solo challenges, but centered into a head to head game and the connection was good. I do get a number of connection errors when grinding through challenges, but this has improved slightly sine the release. This is likely tied to the multiple Madden 20 updates that have arrived on the Xbox version I am testing. I haven’t lost progress, but when this error happens it forces me to go to the main Madden 20 screen, sign into EA servers and then go back to MUT.

Overall the MUT challenges are varied and fun enough so far and it’s scratching the itch I have to play MUT. The new SuperStar powers are easy to activate and manage in the Ultimate Team, and I also feel like it is easier to generate a team around a sub-specialty to achieve challenges. 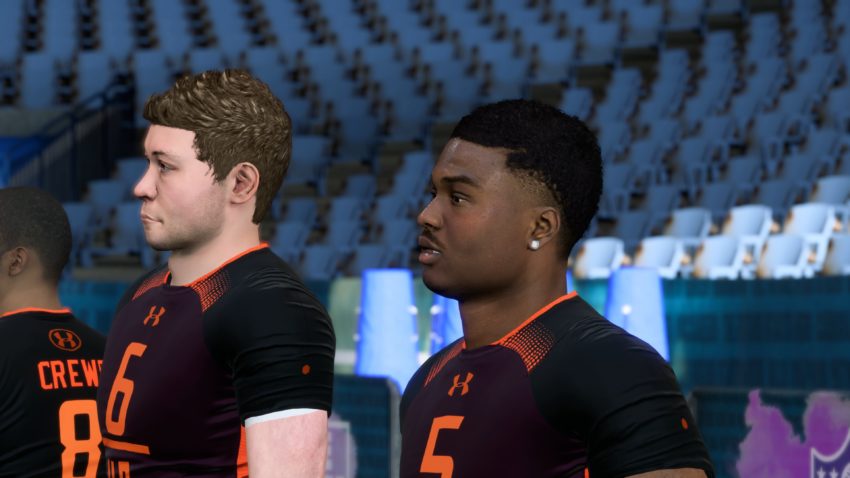 So far the QB1 Face of the Franchise mode is fun.

I normally avoid the franchise mode in most sports games, preferring to enjoy the game without worrying about trades, salary caps and other parts of management, but the QB1 mode in Madden 2 caught my attention. This is still a review in progress as I am still in the early stages of the QB1 mode.

The story aspect with a scenario engine that promises to adapt to the path I choose is an interesting one. I enjoy this story more than the Longshot story, but that’s just personal preference.

It is fun to get back into playing some NCAA College Football, and I hope this is a sign of things to come, along side the college rules challenges in MUT.

Player creation in QB1 mode initially looks very limited, but if you are willing to spend the time there is a good deal of customization. I wish there was a face scanning companion app as I get to a point in customization and then give up.

Once you create the player you get to choose your college team, from 12 colleges. Since OSU is not an option I chose Clemson as my favorite color is Orange. Clearly a lot of strategy happening at this point.

From there you play a semi final and then the National Championship game. You interact with the media and mainly with another player who is dedicating his Championship run to the brother he lost. I also met a young fan who is sick, but asked me to throw four touchdowns during the Championship game. This all adds to the experience and works really well. I could feel the emotion when Isaiah Streets accepts the National Championship trophy and says that it was for his brother. Good scripting by EA so far. I’m hopeful that this keeps up and we don’t end up adding drama for drama’s sake as I enter the NFL. I’m just getting into the Draft now, so I will have to update as I get further into this mode.

One oddity that I ran into was not being able to choose a last name of Smith when picking my player name. The game said I can change this when I get to the NFL, so I assume this has something to do with licensing the NCAA teams.

Is Madden 20 Worth Buying?

If you are a casual player that spends 3-7 hours playing Ultimate Team, Madden 20 is worth buying. The upgrades to the Ultimate Team flow and the home screen make it much easier to jump into and play through challenges and the online component is working well now that we are a few weeks out from release.

Gameplay and graphics feel similar to Madden 19, but the run game feels a little smoother so far. Either I’m getting better at figuring out the different passing modes or EA’s also improved significantly on that front.

The QB1 Face of the Franchise mode offers a lot of promise and I will update as I progress further. It would be nice to see Madden add face scanning and to play more college games, but this is a good start and a fun mode so far.

EA provided a review code for Madden 20 on the Xbox One.