If you passed up on picking up Madden until you could find a smoking Madden 20 deal, then you are in luck as November is the best time to buy the newest Madden.

With many new Madden 20 features and some key changes, many gamers are thinking about picking up this title. There are three Madden 20 editions with deals available on all of them. Most of these deals are still available after the release, but you will see bigger deals later this fall. In fact, that’s one of the reasons not to buy Madden 20 yet.

The current deals offer about $15 off the game and if you wait for Black Friday, you can save even more with up to 50% off Madden 20.

You can buy Madden 20 at GameStop, Best Buy, Amazon, Newegg and digitally through Microsoft and Sony. 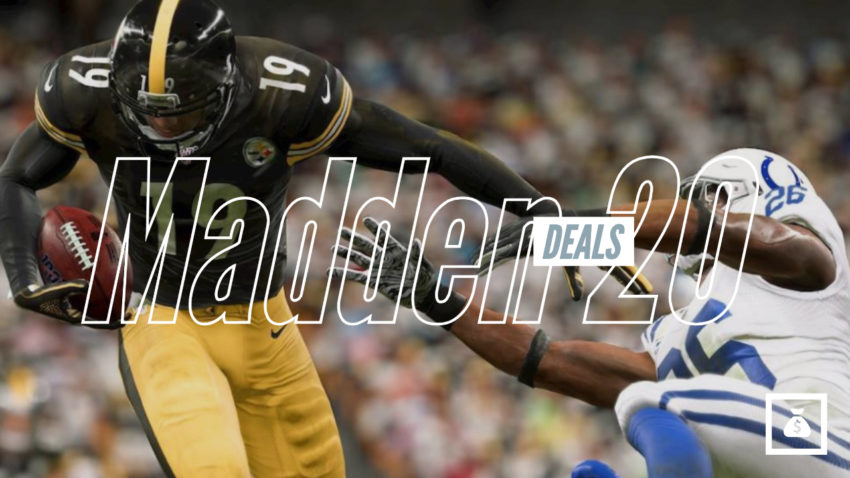 The biggest Madden 20 deals are at Amazon and Newegg. Amazon offers a deal on the standard edition on disk and Newegg offers deals on the digital version of Madden 20.

Amazon offers Madden 20 for $44.94 on disk. Click here to check the latest Madden 20 deals on Amazon.

You can also get the Madden 20 Superstar Edition for $10 off at Amazon, which is a solid deal if you want the MUT extras.

You can also save on digital versions with EA Access, Origin Access or Origin Access Premier. This is either $30 a year or $5.99 a month for the first two options and $99 a year for the Premier option which is only available on PC.

With these memberships, you get 10% off EA games and of in-game purchases, which makes them a nice investment if you plan to spend real money in Madden Ultimate Team. You also get full access to the current games from EA like Madden 19 and FIFA 19 as well as many others. You can get EA Access on Xbox One and PS4. You can get Origin Access and Origin Access Premier on PC.

With any of these memberships the Madden 20 deals cut the prices down to;

To get these deals you need to subscribe to the EA Access or Origin Access and then buy the game through the Microsoft Store for Xbox and Origin for PC. Some gamers may want to wait until this fall to subscribe, but the $30 annual plan is a nice value if you like the other games.  You can buy EA Access on Amazon or right on your Xbox.

If you buy Origin Access Premier, you get the base version of Madden 20 included with your subscription, no need to buy the game on top of your membership. This should also include FIFA 20. With this version, you also get Battlefield V, Anthem, Star Wars: Battlefront II and a plethora of other games.

The Madden 20 Black Friday deals are great, with discounts up to 50% off on the base version of the game.

Best Buy prices Madden 20 at $27.99 for Black Friday and Target is at $29.99. You can count on Amazon to match these deals and there is a chance that you will see similar savings on digital versions.

You will also see random deals throughout the holiday shopping season this year. While Madden 20 will eventually make it to EA Access and Origin Access, it is not happening this year, and likely won’t arrive until February 2020 or later.