If you’re looking for a big smartphone on a budget the newly announced Moto G6 could be the answer. In fact, Motorola recently unveiled the Moto G6, Moto G6 Play, and the G6 Plus. They’re known for offering some of the best budget phones on the market, and here’s everything to know about the 2018 Moto G6.

The new Moto G6 comes with a long and skinny 5.7-inch display similar to the Galaxy S9, a stylish design, dual cameras and an affordable price tag. Starting at just $199 these phones are worth consideration.

It’s been five years since the first Moto G arrived, shaking up the budget smartphone market. Since then, Motorola has continued to release excellent smartphones that bridge the gap between high-end and affordable. And with the Moto G6, you have two choices to better fit your needs.

First things first, when can you buy one of Motorola’s new smartphones? Well, the company confirmed the Moto G6, Moto G6 Play, and the Moto G6 Plus (for Mexico) will be available on Motorola.com later this Spring. Sadly that’s the only information we have so far.

That being said, Motorola typically releases its new phones in May or early June, and we’re expecting something similar here in 2018. That means these affordable Android phones are only about a month away. We’ll update once we know more about the Moto G6 release date.

You’d never guess the Moto G6 is only $199 or $249 by looking at one. That’s because they’re using Motorola’s new 2:1 aspect ratio big beautiful screens. Both phones come with a large 5.7-inch display that’s nearly the same size as the Galaxy S9. However, the two are different and it’s important to pay attention when you buy one. 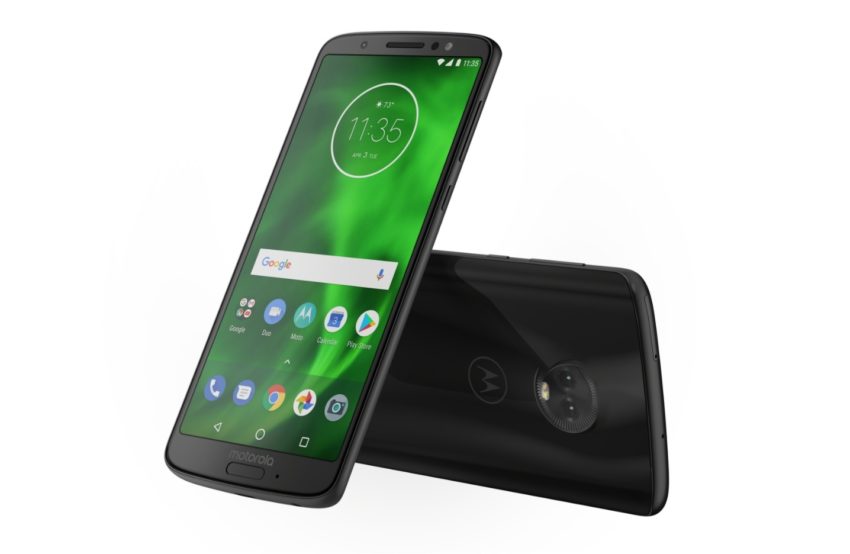 The Moto G6 Play is the more affordable of the two, and that’s because it comes with a 1440 x 720p HD display. So while the screen is still HD, it’s not the best on the market.

That said, the regular Moto G6 is the main model and it comes with the same 5.7-inch screen with a higher 2160 x 1080p Full HD resolution. With the regular G6, you’re getting a better screen and a better phone for a few dollars more. 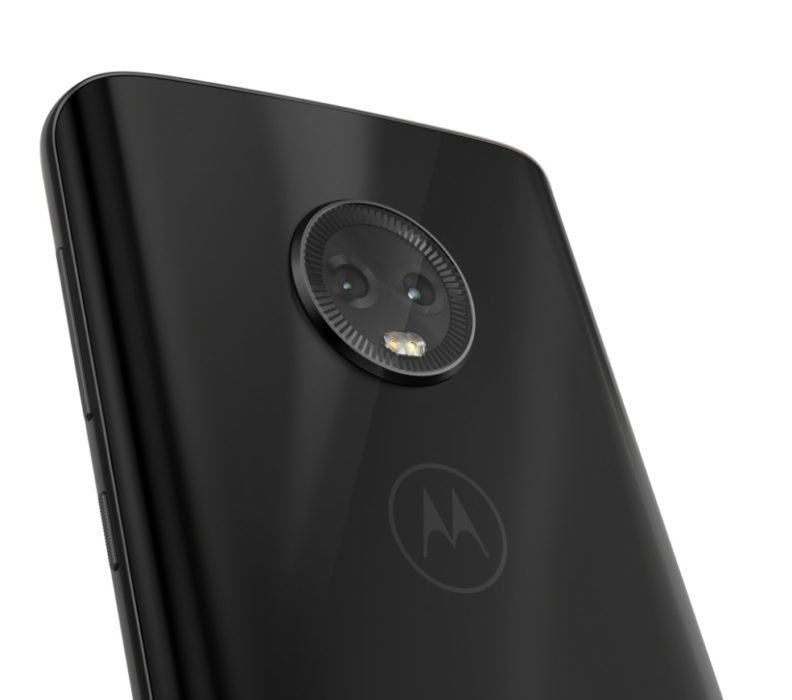 Around back Motorola is using its fancy 3D glass design for a truly unique look. The sides are curved so they’re comfortable and easy to hold. Not to mention the Black or Blue colors shine through the glass making both phones look very premium. It’s similar to what we’ve seen Samsung do over the past few years. 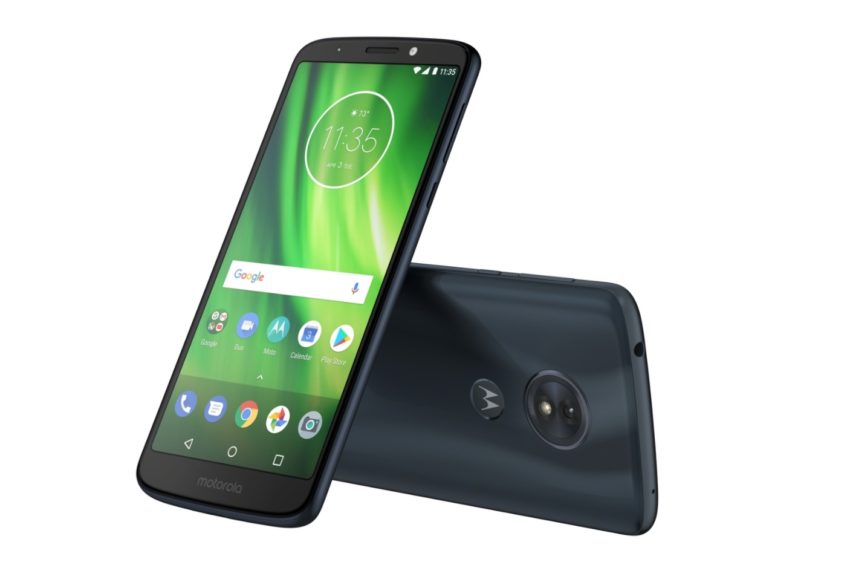 The Moto G6 Play has a bigger battery, but only one camera on the back

These are two very similar looking phones, but they are different. Motorola’s “Play” model is typically the most popular as it offers a very large battery. Giving users all-day battery life in a well-rounded phone without breaking the bank. And just as we expected, the Moto G6 Play doesn’t disappoint. Here’s what each phone has to offer.

The Moto G6 is a pretty impressive phone all things considered. You get a big HD display, dual cameras, decent performance and all-day battery life. For $50 less you get a similar experience without the dual cameras, longer battery life, and a slightly different screen in the Moto G6 Play.

In closing, we want to mention that both of these phones will either be available from all major US carriers, or work on all carrier networks. Most likely you’ll be able to buy them from Verizon Wireless and Sprint, or buy the unlocked G6 and take it to T-Mobile or AT&T.

As for pricing, the Moto G6 Play is only $199. That gets you a decent overall smartphone with a large battery, average screen, and a huge 4,000 mAh battery. It runs the latest version of Android and will likely offer a great experience just like the last five years of Moto G phones. 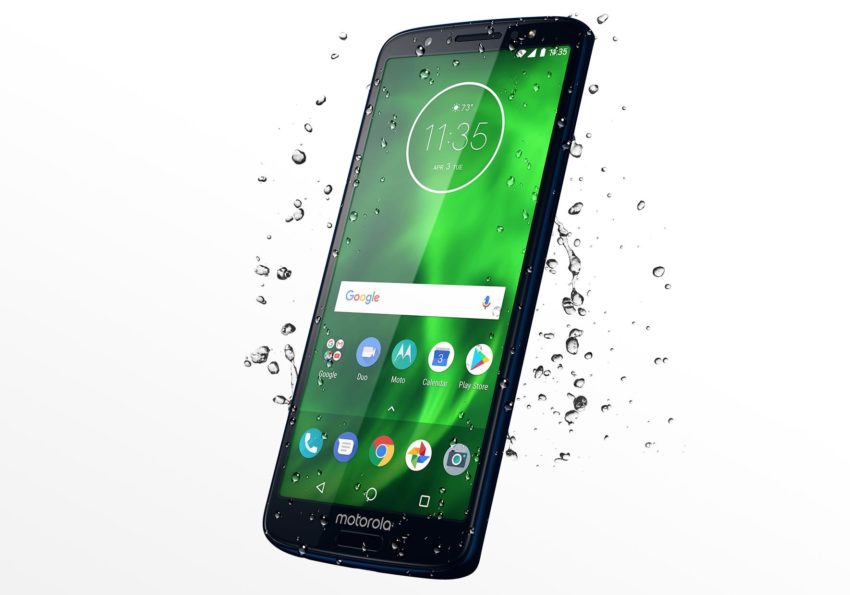 Or, buy the regular Moto G6 for $249 where you’ll get an even better experience for only $50 more. That better experience includes a full 1080p HD display, a faster processor with more RAM, double the storage, and dual cameras on the back.

Essentially offering an experience similar to the Galaxy S9 and Galaxy S9+ but at a very affordable price point. There is an even bigger “G6 Plus” with a 5.9-inch screen, but it’s not available in the United States.

Again these phones are $199 or $249 and will be available sometime in May or June. We’ll update as soon as we know more.