Now that most major smartphone manufacturers have released all their phones this year, with the exception being a few from Motorola and Samsung’s Galaxy Note 5, buyers have lots of options. Here we’ll be comparing the new 2015 Moto X Pure Edition “Style” to the Galaxy Note 4 for those considering an update, or one vs the other.

On July 28th Motorola took the stage and unveiled three brand new devices and put all prior rumors to rest. An upgraded Moto G for 2015, and two variants of the Moto X which are called the Moto X Style and the Moto X Play. In the US the Moto X Style will be sold as the Moto X Pure Edition, and the Play won’t even be available in the States.

This year Motorola has an excellent new flagship smartphone in the 2015 Moto X, and after shocking millions by releasing a phone with a huge 5.7-inch screen, it now instantly is being compared to other phablets, like the Note 4. Below is a comparison and highlights of a few key differences for those considering one of these two smartphones. 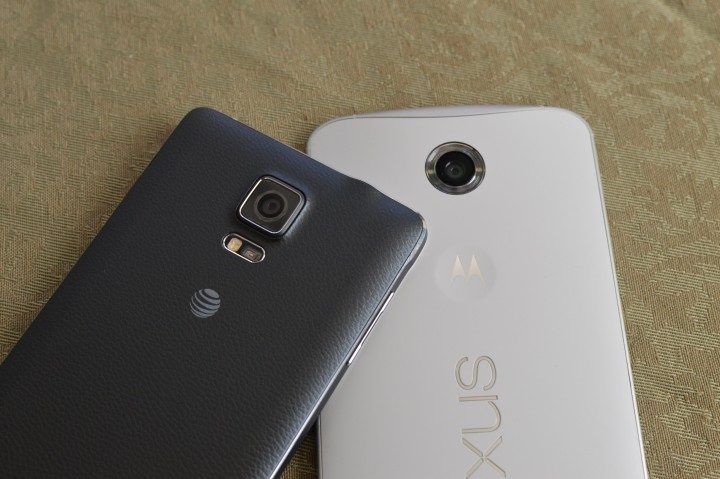 Motorola’s all new 2015 Moto X Pure Edition “Style” has a lot to offer, but with a big screen it also needs to compete with the Galaxy Note 4, the incoming Galaxy Note 5, and even Apple’s iPhone 6 Plus. That’s a lot to battle, especially if they’re trying to offer a great device for a low price.

In September of 2014 the Galaxy Note 4 was announced live in Berlin at the annual IFA event, and it eventually went on sale in the United States in October. The Note 4 is still a great smartphone with plenty to offer, and might be better than the Note 5 if rumors of a smaller battery and no micro-SD slot are accurate.

These two smartphones have a few similarities, yet some important differences that buyers will need to be aware of. Motorola’s new smartphone packs of lot of power under its big screen and offers a lot of customization for a low price, and users will want to know all about it.

That all said, here are five key differences between the 2015 Moto X Pure Edition (Style) and the Galaxy Note 4 for those considering an upgrade or one of these as their next smartphone.