There are three NHL 20 editions that you can buy this year, ranging from $59.99 to $99.99 with a variety of special bonus items and early release date. If you spend a lot of time playing Hockey Ultimate Team, you may want to consider spending the extra cash upfront for a special edition of the game. Read our NHL 20 editions comparison to figure out which version you should buy, and why EA charges $40 more for the top of the line edition. Luckily you can get the base version of NHL 20 for $50.94 when you lock in a deal.

If you decide to spend $20 or $40 more on NHL 20, you get to play three days early and you get a lot of HUT upgrades and players. The more you spend, the more bonus items you get. When you play early, you can start building your HUT squad earlier than the rest of the players.

NHL 20 is getting more expensive each year, but the base version is still $59.99 and you can save with NHL 20 deals that will help you cut into the cost of the game. No matter which version you buy, you can save at least 10% with EA Access.

Here’s a look at how the three NHL 20 editions compare and what you need to know before you pick one out. We’ll also help you decide which NHL 20 edition you should buy. 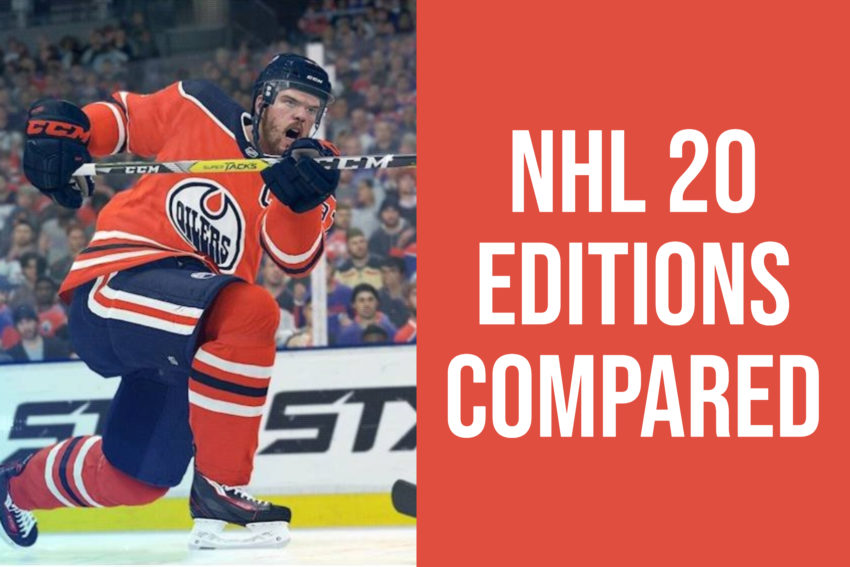 Which NHL 20 edition is best for you?

The NHL 20 release date is September 13th for the standard edition. The Ultimate and Deluxe editions arrive on September 10th. If you join EA Access, you can play NHL 20 as early as September 5th, for 10 hours.

NHL 20 is available on the Xbox One and PS4. If you own the PS4 Pro or Xbox One X, you can expect better graphics, but you get the same features.

You can pre-order NHL 20 at Amazon, Best Buy, GameStop and Newegg as well as directly on Xbox or Playstation

The table below shows the main differences between each of the NHL 20 editions that you can buy this year. The main differences are early access, Diamond Choice Packs, and Hockey Bags. However, if you want to play in a HUT Competitive Season, you need to buy the most expensive edition.

EA says these are only pre-order bonuses and notes that these are up to the amounts shown for the HUT Diamond Choice Packs, so you will want to make sure you login on time to claim these bonus items if you spend the money on the Deluxe or Ultimate Editions of NHL 20. 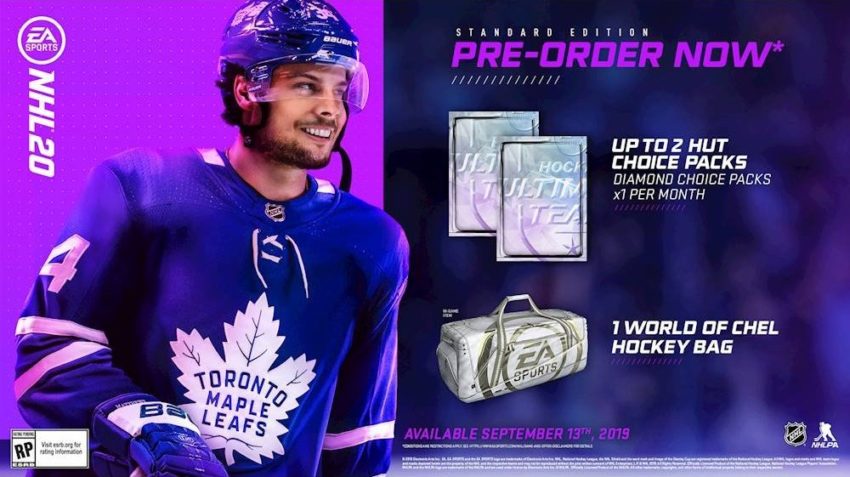 What you get with the NHL 20 standard edition.

The NHL 20 standard edition is the base game and you get some pre-order bonuses. This is the best value for most players who will not spend a lot of time in HUT.

You get all the new features, a few HUT bonus items and you can still play early if you choose to get EA Access on the PS4 or Xbox One. It’s not worth spending $20 more just to play early when you can use EA Access.

If you play NHL 20 casually and just dabble in HUT, this is the edition for you.

Pre-order the NHL 20 standard edition from $50.94 at Amazon, Best Buy, GameStop and Newegg as well as directly on Xbox or Playstation 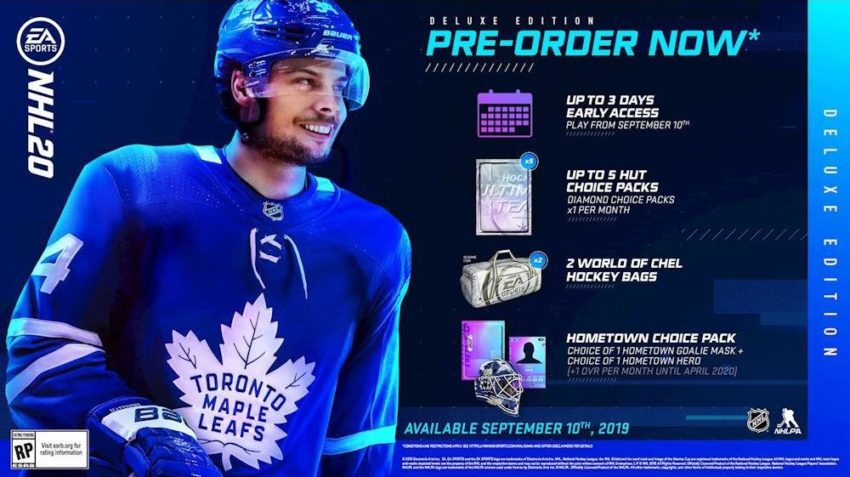 What you get with the NHL 20 Deluxe edition.

The NHL 20 Deluxe Edition is the best option for most Hockey Ultimate Team players. You get a ton of bonus items, you can play three days early without EA Access, or you can get EA Access and play super early with a 10% discount on NHL 20 Deluxe.

With this version of NHL 20 you get;

We like this version for most HUT players because you get a lot of value for Hockey Ultimate Team without spending nearly $100 on the game. This is a great option, but it is only available digitally.

Pre-order the NHL 20 Deluxe edition for $79.99 Amazon, Best Buy, GameStop and Newegg as well as directly on Xbox or Playstation 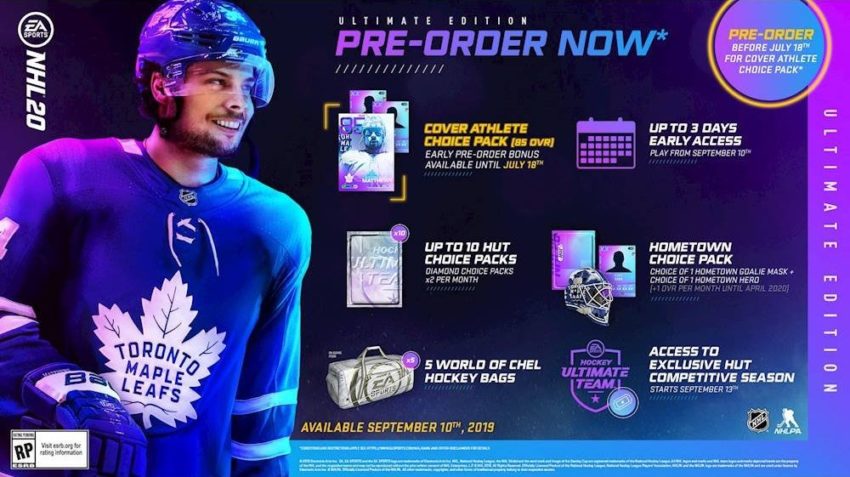 What you get with the NHL 20 Superstar edition.

The NHL 20 Superstar edition is;

If you are a diehard HUT player who will spend a ton of time building your team and taking on online challengers, this is the edition for you. This also includes access to the HUT Competitive Season, which you don’t get on the other versions.

This is digital-only, but you can still buy it in some stores, just in the form of a code you enter.

Pre-order the NHL 20 Superstar edition for $99.99 at Best Buy, GameStop and directly on Xbox or Playstation

The other choice you need to make is if you will buy NHL 20 on disk or digitally. You can buy all the editions digitally, but only the standard edition on disk. If you like to lend your games out or you plan on trading it in, you can go this route, but keep in mind that the value of sports games drops pretty quickly.

For most users, the digital option is the best one to go with since you can easily switch games and you don’t need to worry about disks getting lost or damaged.

Keep your eyes open for any last-minute deals on the physical version of the game at Best Buy, but for the most part, digital is the way to go this year.