With Apple now embroiled in a lawsuit over Samsung’s Galaxy Tab and Motorola’s Xoom Android Honeycomb tablets, it appears that a recently unearthed Apple patent filing may make no tablet safe, regardless of operating system, manufacturer, or platform. Originally discovered by Nicole Scott of Netbook News, it appears that Apple’s rather vague and broad patent could potentially cover the general design of any and all tablet computing slate products. The patent depicts a flat slate slab, and that’s pretty much what every tablet looks like. 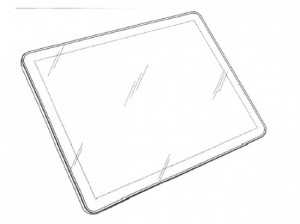 Since the patent is so broad, it’s unclear how enforceable the Apple’s claims would be if it used its patent as a defense. Considering that Microsoft had ushered in the ‘Tablet PC’ era nearly a decade before the iPad debuted, Apple’s patent, awarded in 2010, may not hold much merit in court.

Though, even without the patent, I think Apple does have some grounds against Samsung in the company’s on-going dispute with the Galaxy Tab 10.1 tablet. When I was at Samsung’s keynote announcement at CTIA in March of this year, Samsung had conceded publicly that it had scrapped plans for the original Galaxy Tab 10.1 after it had seen what Apple made, and instead went back to the drawing board to re-design the tablet to what we’re seeing today.

Though both the iPad 2 and the Galaxy Tab 10.1 of today are different enough, there are enough design similarities for some to question the originality of Samsung’s designs, especially given that executives did acknowledge that they re-tooled the tablet after seeing what the iPad 2 looked like following the Apple announcement.

Samsung’s dock connector, which is oriented in landscape mode on the tablet, is similar to the iPad 2’s portrait-oriented tablet dock connector. Additionally, the flat back and tapered side designs of both tablets are similar. In Apple fashion, Samsung ships the docking USB cable and the charger as two-piece items, bundled and tucked neatly into the packaging.

But beyond that, a tablet is essentially just that–a s late. It’s unclear if Apple’s design patent will be summoned and used to make its case. If it is, then watch out BlackBerry PlayBook, HP TouchPad, and the slew of Windows tablets on the market! Apple’s going to get you! Whether Apple will pursue all rivals is another question, and one that’s born out of financial soundness. Going after the Galaxy Tab 10.1 may be a smart move, but it may be a costly move for both parties. For Samsung, which had already seen a German court banning the tablet in Germany, and Vodafone UK telling customers that it’s halting sales pending a final decision, Apple can gain by blocking a huge competitor in the market at this early stage of the market. First to market wins, but second to market could be an important position as well, and Samsung may lose out on a huge market if consumers aren’t able to buy its products.

However, Apple also has a lot to lose as well. If the courts ultimately decide in favor of Samsung, Apple will have to pay huge sums of money to the Korean electronics-maker due to loss sales. Right now, it’s a gamble, and the decision can go either way. For Apple to pay for loss of sales to all of its rivals would amount to an enormous sum of money, though given Apple’s giant coffers, it may be an acceptable wager. What’s unacceptable would be the position Apple would have gained. It will be the new Microsoft in the mobile age, and winning all these cases may induce un-necessary regulatory scrutiny as the company begins its ‘monopoly’ role in the sector. Is this a place that Apple would want to be in? And at what cost?