The OnePlus 8 release date is coming up soon which is why we’re already seeing several big leaks and rumors. Not to mention exciting new info from OnePlus themselves about the bigger OnePlus 8 Pro. In fact, we’re hearing the company could release three different models to better compete with the new Galaxy S20.

We’re expecting the OnePlus 8 series to get released sometime in March or early April. As a result, fans and buyers are looking for more information as they try to decide which phone to wait for. 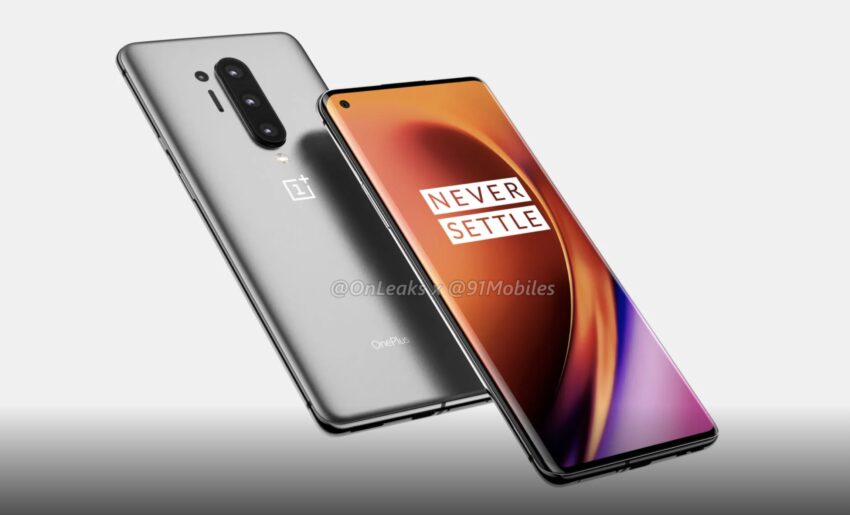 Everything we know about the OnePlus 8, 8 Pro and 8 Lite

Over the last few years, each new OnePlus release is bigger and better than previous years and further closes the gap between itself and higher-end models like the Galaxy S10 or iPhone 11 Pro. For 2020 we’re expecting its best phone yet in the OnePlus 8 Pro 5G. Furthermore, it looks like OnePlus will offer a regular OnePlus 8 at a lower price point, a flagship 8 Pro, then return to its roots and deliver an ultra-affordable OnePlus 8 Lite for those on a budget. Plus, this time around Verizon and most US carriers will have it in stores and buyers can actually compare it side-by-side with the competition.

That said, the phone most people are interested in will be the flagship OnePlus 8 Pro. All models will have bigger screens, high refresh rates, faster specs, Android 10, and much more. Here’s absolutely everything we know about all upcoming OnePlus 8 phones.

While the company hasn’t confirmed the OnePlus 8, we know it’s coming. In fact, we got detailed leaks from a highly reputable source way back in October that shared all the important bits. Not only in terms of the design and bigger screen but with 5G speeds on most major US carriers.

Furthermore, at the end of December, a detailed post on Weibo filled in the gaps, gave us OnePlus 8 Pro pricing information, and talked about the crazy camera setup and battery capacities. Basically, we know almost everything already. Here’s a video render of the biggest and best OnePlus 8 Pro.

Then, on March 3rd the company will unveil something, but we’re not sure yet. I have a feeling whatever it is, it’s a device to help them build the OnePlus 8. Furthermore, in early January OnePlus themselves confirmed the OnePlus 8 Pro will have a 120Hz AMOLED display, up from 90Hz from last year, which will match the Galaxy S20. They talked about this new screen quite a bit, and it has lots of people’s attention.

OnePlus continues to make huge strides with each upgrade, and every phone is far and away much better than the previous generation. We’re expecting a pretty big upgrade here in 2020, even if these leaks show a phone that’s very similar visually to the OnePlus 7 Pro.

Now that we know it’ll have a 120Hz screen that’s twice as fast as older phones buyers are even more excited. Plus, a recent leak shows OnePlus might let owners enjoy the full Quad-HD resolution AND 120Hz refresh rate delivering the best display experience to date. Even Samsung’s Galaxy S20 will only offer 120Hz at 1080p. 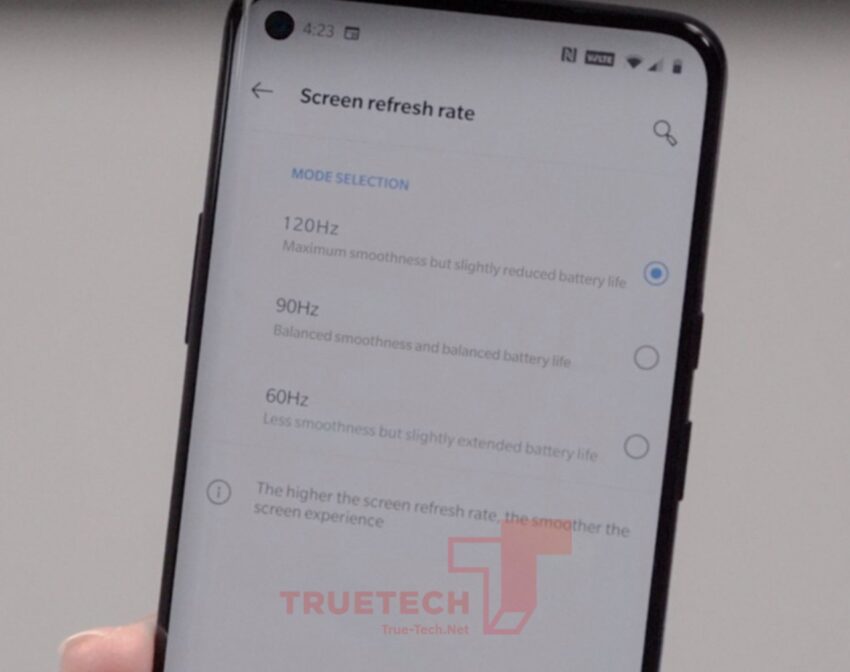 Before we dig into release dates, pricing, specs and the cameras this is what we know. The smallest and most affordable OnePlus 8 Lite will pack a 6.4-inch 1080p HD display with a punch-hole display and under-screen fingerprint scanner and likely cost under $450. The main OnePlus 8 is a slightly bigger 6.44-inch 1080p 90 Hz display with the same cutouts and under-display camera/fingerprint tech and might run $499-$549 and go up with more storage and RAM.

Then, the biggest and best OnePlus 8 Pro will pack a 6.67-inch (or bigger) Quad-HD 120 Hz display with all the same stuff, but a bigger punch-hole cutout in the screen for a 30MP front camera and a 3D sensor for more secure face unlock tech. It’ll have 5G built-in and hopefully start at $699 (or less) and go up from there. These phones will finally be waterproof, too.

This information is still developing so some of this could change between now and the launch. Plus, another recent leak shares completely different info than what was just mentioned above. Talking about both the 8 and Pro having the same size screen, with only the Pro having a 120Hz display. So, as of February, we’re unsure now of what to expect.

The thing most people want to know is when will the OnePlus 8 and 8 Pro get released. Mainly because buyers will be trying to decide between it and Samsung’s new Galaxy S20.

Almost every year OnePlus releases their first phone around April or May, then another during the second half of the year. The OnePlus 7 debuted in May of 2019, although we’re expecting a slightly faster arrival in 2020. Instead of announcing it in April and releasing the phone in May, it sounds like the OnePlus 8 launch event will take place at the end of March, with a release date the next month. That said, I hope they get it out quicker than usual. 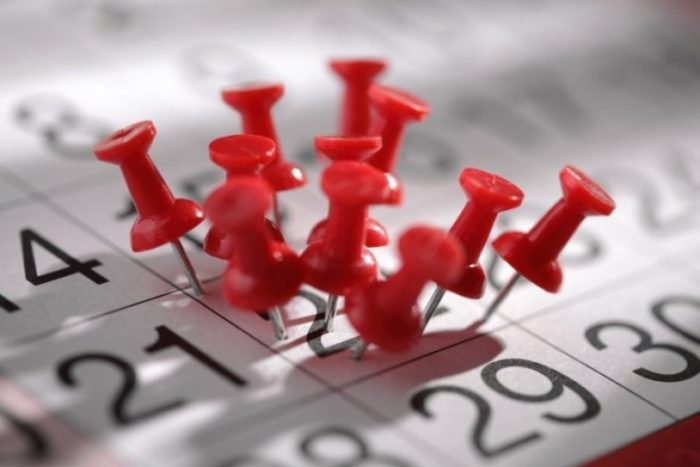 With the Galaxy S20 coming on March 6th, OnePlus doesn’t want to be 2-3 months behind, so expect more leaks or event announcements in very soon or right around the release date of Samsung’s phone. If I had to give an exact date, my guess is the OnePlus 8 release date is April 27th, following an announcement several weeks earlier.

Buyers will enjoy a brand new faster processor, likely the Snapdragon 865, faster internal storage and more. The first few leaks claimed the OnePlus 8 will finally get wireless charging, water-resistance, and improved dual stereo speakers, too. If that’s accurate it’s very possible that the OnePlus 8 may give the S20 a run for its money. That said, we doubt the company is ready to offer wireless charging, as it’s still too slow to compete with WARP charging.

For what it’s worth, the biggest visual change here is obviously the in-display front-facing camera. It appears that OnePlus will completely ditch the pop-up selfie camera that made the OnePlus 7 Pro so popular in 2019. Either way, it’s still a big and powerful phone that looks eerily similar to the Galaxy S10 and Galaxy S20. Basically, this year you’ll have a tough time choosing your next phone.

Perhaps they have a surprise coming and something to compete with the Galaxy S20 Ultra, we’ll have to wait and see.

It looks like the more affordable regular OnePlus 8 will have a slightly smaller display, potentially a lower refresh rate, and won’t get the extra camera sensor on the back. Otherwise, it’s still a highly capable phone that will have plenty to offer. We’re unsure of whether or not the regular 8 will be available in the United States or not. Last year, only the flagship OnePlus 7 Pro hit US carriers, with the regular OnePlus 7 only being available in other regions around the globe.

We hope the company releases all three the OnePlus 8 Lite, OnePlus 8, and OnePlus 8 Pro in the United States. Plus, we’re hearing they’ll have a 5G Pro model for Verizon and T-Mobile.

At this point, we all know the OnePlus 8 and OnePlus 8 Pro will be great phones and give the Galaxy S11 a run for its money. However, the biggest question will be about the price. How competitive will the pricing be? Each year the company has made its phone a little better, but also a little more expensive. It’s no longer a $450 phone that competes with the $1000 Galaxy or iPhone. Last year the OnePlus 7 Pro was over $700 — making the gap small enough that some people went with Samsung or Apple instead.

And while we don’t know anything for sure yet, here’s what we think will be the asking prices for OnePlus’ newest devices based on previous models.

Keep in mind that those prices are just a guess until we get more information and the release date nears. Either way, it’ll be cheaper than the Galaxy S20 and iPhone 11 Pro.

Verizon will carry OnePlus phones in 2020. This is a rumor from several reliable sources, suggesting the brand is finally growing past T-Mobile in the US. This is big news. Previously its phones worked on Verizon and AT&T, just not officially, and it wasn’t an ideal situation. It looks like Verizon’s first OnePlus phone will be some 5G version of the all-new OnePlus 8.

OnePlus’ CEO even confirmed they’re releasing 5G phones in the very near future. We’re hoping the OnePlus 8 Pro will simply be the name, and all models will have 5G, rather than release a third OnePlus 8 Pro 5G variant.

Plus, all US models of the Galaxy S20 have 5G built-in, so OnePlus and partner carriers will likely do the same. If so, we could see the flagship OnePlus 8 Pro cost more than our initial expectations.

The OnePlus 8 and OnePlus 8 Pro are stacking up to be excellent phones that can and will rival the Galaxy S20, S20+, the new iPhone 12 plus anything else from the competition. As long as they continue to undercut the competition in pricing, and we think they will, you’ll want to wait for these phones.

In closing, what we do know is that OnePlus will release at least three great phones within the first half of this new year with plenty to offer, beautiful designs, top-tier specs and affordable price tags. Phones you’ll want to heavily consider over most of the competition. If the OnePlus 8 Pro (5G) is under $700 will you get it over the Galaxy S20?