The Playerunknown’s Battlegrounds release date is official and coming in mid December, bringing the battle royale fun from PC to the Xbox One and with enhancements for the Xbox One X.

Currently available on PC through Early Access on Steam, the game already has a player base of over 3 million gamers and mostly positive reviews. At E3 2017 the Microsoft announced that the game is a console launch exclusive for the Xbox One X, but you can’t play it on day one. 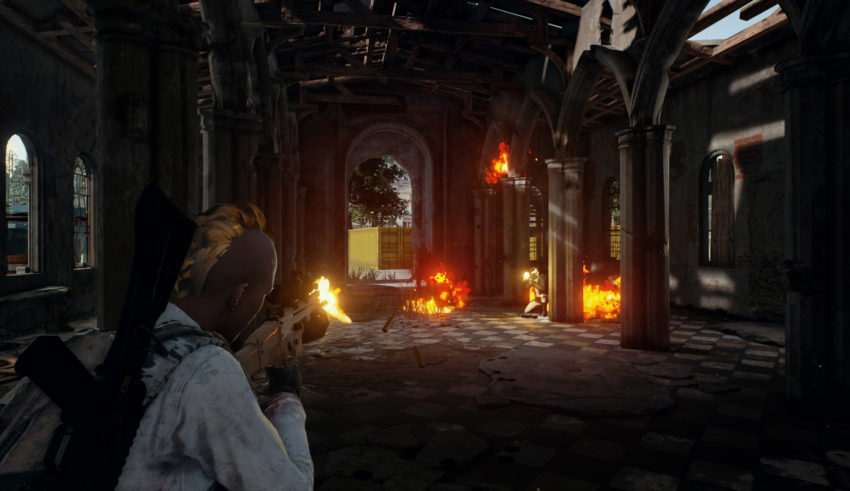 What you need to know about the Playerunknown’s Battlegrounds Xbox One release date.

The Playerunknown’s Battlegrounds Xbox One release date is set December 12th and it arrives Xbox One Enhanced.

Since this is a launch exclusive and not a console exclusive, we will likely see a PS4 Playerunkown’s Battlegrounds release date in 2018.

What is Playerunknown’s Battlegrounds?

Playerunknown’s Battlegrounds is a last man standing shooter. Although it’s often described as a survival game, this is more about a battle royale on a large block of land that you must fight over. You play on an 8×8 km island and you need to take out the competition to be the only person left standing at the end of the round.

The survival element comes from starting the game with nothing. You’ll land on the island without a gun or any supplies. You must raid houses and buildings to get weapons, upgrades, armor and other items that will help you. You can also pick up weapons and supplies from the people you kill.

Watch the video above and you’ll see and hear how the game works as an experienced player walks a newer player through the game. This is the best introduction to the game that we’ve found.

In Playerunknown’s Battlegrounds, you have access to 17 weapons with 35 attachments. You’ll need to find these on the map or kill someone to upgrade your weapon. There are four vehicle types you can choose from, assuming you find one on the map. You’ll play solo, with a team of two or with a four man squad. You will start on a large map, but the play area will shrink as you go. In addition to the cars and trucks, there are boats in the game. You can customize your character and your weapon, but most of this only happens when you loot something in the game. There is support for mods on the PC version. It’s unclear if these will come to the Xbox One and Xbox One X.

We know that there is Xbox One X support for 4K gaming and HDR. This is one of the new Xbox One X enhanced games.

The Playerunknown’s Battlegrounds price is a pleasing $29.99  for the Xbox One X. This is good news for gamers who already committed to Call of Duty: WWII or Star Wars: Battlefront 2 and don’t have a ton of cash for another shooter.

In the trailer for the Xbox One version, we learn that it will be available on the Xbox Store.This may only be available digitally, which will cut into most deals.