The Xbox One X is the official name of Project Scorpio. This is the new Xbox One for 2017 with 4k gaming, backwards compatibility with your favorite Xbox One games and the power to deliver a new set of gaming experiences to your living room. Announced at E3 2017 in Los Angeles, the new Xbox One arrives on November 7th.

The Xbox One X price is set at $499 and goes on sale soon. Microsoft’s new Xbox looks a lot like the Xbox One S, which is still on sale, but it is a smaller console.

What is different about the Xbox One X? Microsoft packs a lot of power in this tiny console. Using new liquid cooling technology, a 4K Blu-Ray drive and the graphical power to deliver 4K gaming this is a major upgrade from the Xbox One S. At the event Microsoft listed off a ton of Xbox One X specs, but the biggest deal is about the 6 teraflops of power that makes this more powerful than the PS4 Pro and the rest of the console lineup. 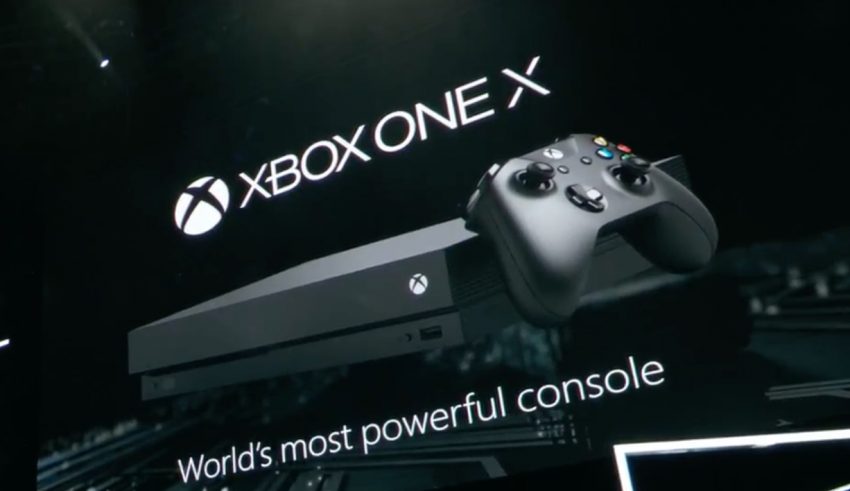 Find out what the Xbox One X is all about.

Microsoft repeatedly made claims that this is “the most powerful console ever made,” which seems well within reason. The console will enable 4K HDR gaming for the first time on a Microsoft console. This means that with a 4K TV that supports HDR, you will get a more visually appealing gaming experience. Even if you only have a 1080P TV, Microsoft promises visual improvements thanks to Super Sampling which makes your games look even better on your current TV.

Microsoft announced new Xbox One X games including Forza Motorsport 7 and unveiled a new Porsche on stage for the first time. Forza 7 is a Xbox Exclusive, but will also play on the Xbox One and Xbox One S. With the Xbox One X, gamers can count on a better look for the racing game. This is a recurring theme throughout the Microsoft announcement.

Microsoft also showed off the new Assassin’s Creed Origins game set in Ancient Egypt, Metro Exodus a first person shooter set in Russia, Minecraft in 4K and many other games coming to the Xbox One and Xbox One X this fall.