The LG V40 release is less than two weeks away and that means you have some tough choices to make. Here, we’ll go over why you should, and maybe shouldn’t, wait for the impressive new LG V40. We’ll also detail what we want to see from LG’s V40.

If you’re looking for a new phone there are plenty of excellent choices available now or coming soon. From the Galaxy Note 9 and OnePlus 6T to Google’s Pixel 3 XL. And even though the V35 and LG G7 ThinQ are great, the LG V40 should be near the top of your list.

Last year, the LG V30 was one of the best phones of the year. LG went with a premium metal design, nearly no bezels, and took Samsung and Apple head-on. We’re expecting more of the same with the V40, and it could be the best Android phone of 2018. Especially if it really comes with five cameras. Here’s a look at those cameras courtesy of Onleaks. 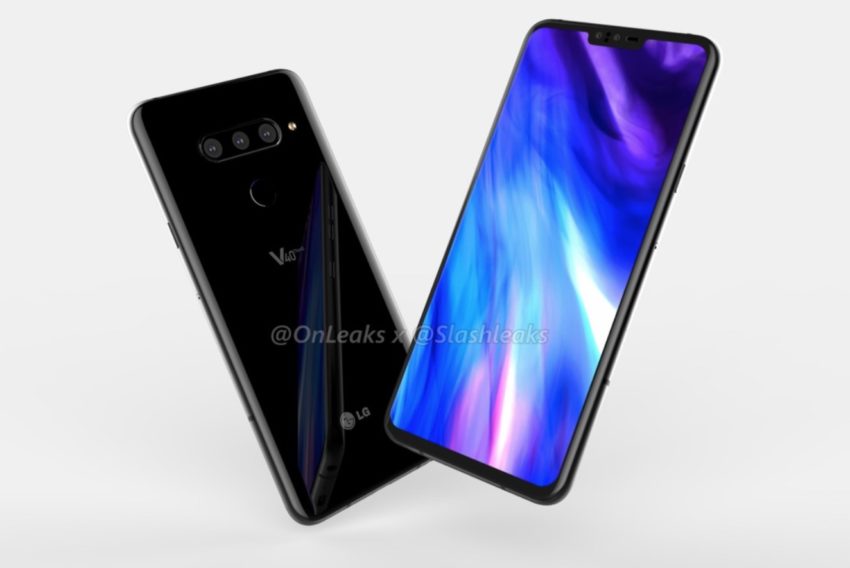 The LG V40 rumor mills started to churn thanks to LG themselves, who said moving forward they’ll only use high-end OLED screens in its V-series phones. That’s why the LG G7 and any other phone has an inferior LCD panel. Basically, the LG V40 will have a beautiful bezel-free AMOLED screen that can compete with the latest Galaxy or iPhone.

That’s also LG’s way of saying its flagship phone is the V40, not the LG G7 that was recently released.

According to one reliable source, LG is using the codename “Storm” likely because it’ll offer the perfect storm of specs, design and features. Here’s a brand new video that surfaced in late August, giving us our best look yet at LG’s new phone. This video comes from CAD renders or case manufacturer blueprints, so it’s fairly accurate and a great representation of what’s coming.

Additionally, the often reliable Evan @evleaks Blass said we can expect a release date in late summer or early fall. Which lines up with releases from previous years. Especially if LG wants to compete with the Galaxy Note 9. And now, sources from Korea believe it’ll arrive on October 5th around the globe. The report says LG wants to wait for the Note 9 release to blow over.

Following up on those rumors, the LG V40 recently hit the FCC. Clearing one last final hurdle before the inevitable release date. Now, the company confirmed an October 3rd launch event, but that’s not when it’ll hit shelves around the globe.

LG’s next flagship phone will likely come with a big 6.1 to 6.5-inch display, a premium metal and glass design, small or no bezels, excellent cameras and a high-end audio experience. In fact, one report says it’ll boast three cameras on the back, and two on the front. That’s five total, something that’s truly unique. And they’ll do it before Samsung does with the Galaxy S10+ in 2019. So, if you’re trying to decide between the LG G7, the LG V35 or if you should wait, here are a few things to consider.