Sling TV and the Apple TV sound like a match made in heaven, and it looks like that could be happening soon.

Sling TV has been around for a little while now. It’s a really cool live television streaming service that gives you a handful of channels that you can watch starting at $20 per month, and it’s meant to be a go-to option for cord cutters.

However, a Sling TV Apple TV app would be the ultimate app for Apple TV users who have the newer model, allowing you to watch live TV right on the set-top box.

The good news is that this looks like it will happen at some point in the near future, as a Sling TV app for the fourth-generation Apple TV briefly appeared in the Apple TV App Store before it was swiftly pulled and taken down.

According to MacRumors, a user came across the app in the App Store on the Apple TV and was able to download it and open it up to play around with the service, but the app was quickly taken down and is no longer available to download.

UPDATE: It turns out the whole thing was a hoax, and the user who submitted the screenshots apparently faked them. We’re still holding out hope that we’ll see a Sling TV Apple TV app soon enough. 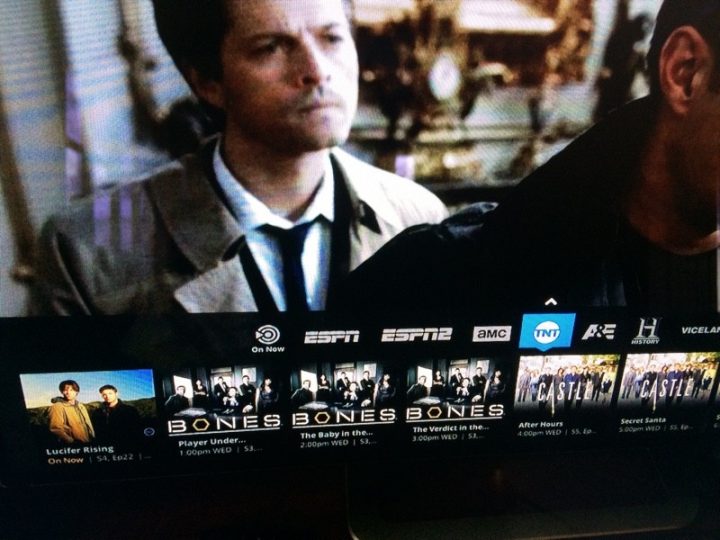 Luckily, photos were taken that prove there’s a Sling TV that exists for the Apple TV, and while it may not be officially yet, the premature release shows that the app is at least in the works for the Apple TV.

Sling TV is available on iOS devices, allowing you to watch live TV on your iPhone or iPad easily, and there’s even a Sling TV app available on Roku streaming boxes. However, an Apple TV has yet to arrive, but it looks that day will come shortly.

We’re still not sure where Apple is at with its own rumored live television service, as it’s been awhile since we’ve heard anything new on that front, but it looks like the company is letting other apps and services take over that duty, and Sling TV would be a big addition on top of other streaming apps available on the Apple TV.