A recently unearthed patent filed by Sony in late 2010 reveals that the company had been considering an Xperia smartphone design with multiple slide-out keyboards–similar to the idea of a Swiss Army knife–so that users can slide up the keypads that they don’t need to reveal a keypad that they do like. The versatility of this design would allow Sony Mobile Communications–then known as Sony Ericsson–to release one Xperia smartphone that could be targeted to business professionals and messaging types with a full QWERTY keyboard and also to teens and gamers with a gaming keypad, for example.

News of Sony’s patent filing was uncovered by Unwired View. The patent application pre-dates Sony Ericsson’s release of the Xperia Play smartphone, which was largely hyped due to the inclusion of the Android operating system with the Playstation engine and certification, and the fact that the device is the first gaming smartphone with a hardware keypad design that contained gaming controls. 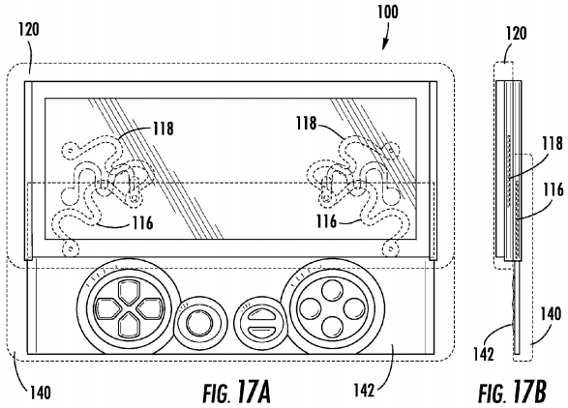 The patent, if Sony ever commercializes on the idea, would have two sliding panels to reveal two different types of keypads. First, the screen would slide up in landscape orientation–similar to what Motorola does with the Motorola Droid, for example–to reveal the gaming keypad. This part of the invention was commercialized with the Xperia Play. The next sliding mechanism would be the gaming keypad. Like the screen, this panel could slide out and be concealed just underneath the screen to expose a hardware QWERTY keyboard. 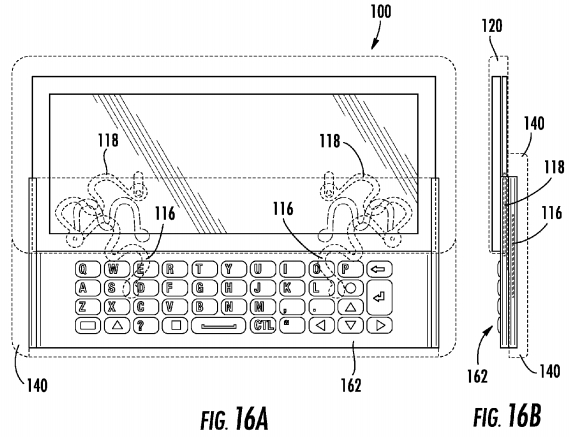 While this design would give the Xperia smartphone a lot of flexibility and versatility, such a design with multiple keyboards and multiple sliding panels would mean that the smartphone would inherit a thicker, rather than slimmer, profile. More recently, rival HTC had said that it would be abandoning phone designs with physical hardware keyboards in an effort to fulfill customers’ needs to have a slim and thin design.