Gaming on the Apple TV is finally here with the fourth-generation Apple TV, and to make it feel more like a console experience, one of the best accessories to get is the SteelSeries Nimbus gaming controller.

You can use the included Apple TV Siri Remote that comes with the set-top box, but it’s not that great when used as a gaming controller. Instead, I prefer to use an actual gamepad of some kind, and while there aren’t a whole lot of options to choose, the Nimbus is thankfully a really great option that’s a no-brainer.

The $50 price tag is right on par with other gaming controllers, like the Xbox One controller and the PS4’s DualShock 4, although the Nimbus can be used with more than just one device, making it a bit more versatile.

The Nimbus is a Made-for-iPhone gaming controller that works with all iOS devices (even Macs), as well as the fourth-generation Apple TV, so you could play Modern Combat on your iPad and then turn around and play a different game on your Apple TV using the same controller. 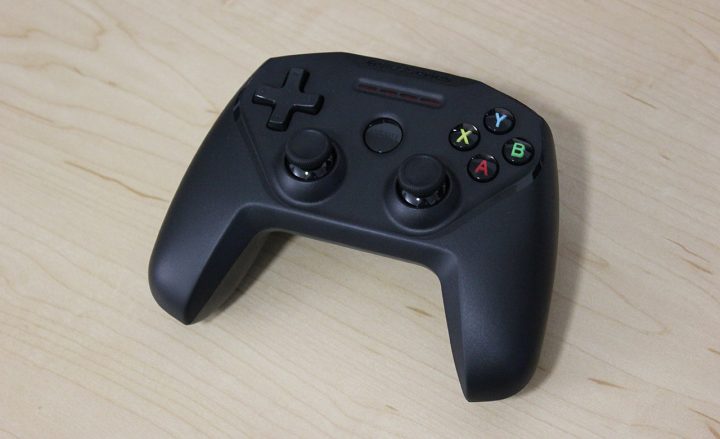 It connects to your devices over Bluetooth, so it’s a completely wireless experience, and the controller uses the same ABXY button layout as Xbox, so you’ll likely be familiar with the controller right off the bat. Furthermore, the Nimbus has bumper and shoulder buttons that feel very similar to the Xbox One’s controller.

That’s where the similarities end, though. The Nimbus has two thumbsticks, but are in a layout similar to the DualShock 4, with the D-Pad planted above. Other than that, the controller has one single Menu button in the center for pausing and other navigation uses. 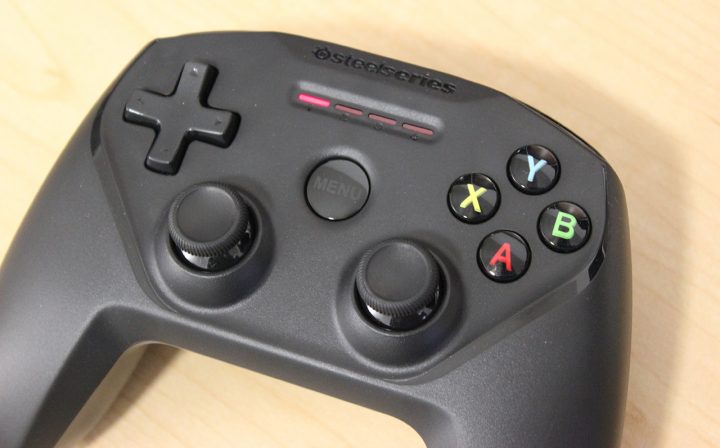 The controller feels good in the hand and it doesn’t feel like a cheap controller by any means, although the ABXY buttons don’t have as good of a feel when you press them down compared to the Xbox One controller or the DualShock 4.

The controller has an internal battery that charges using a Lightning cable (more on the battery later on), which is pretty cool considering that you don’t need a separate cable; you can simply just use the same cable that you charge your iPhone with. There are a lot of certified iPhone accessories that have Lightning connectors, but rarely do we see third-party Apple accessories with Lightning ports. 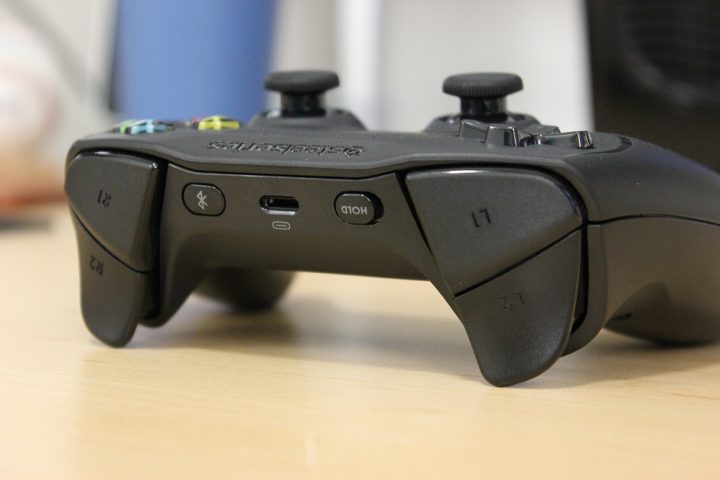 Next to the Lightning port is a Bluetooth button for pairing it to devices, and a “Hold” switch, which is really just an on/off switch.

As for battery life, you can expect to get around 40 hours worth of gaming, which is quite impressive, considering that I have trouble getting even 10 hours out of my DualShock 4 controller. However, it probably helps that the Nimbus doesn’t have force feedback vibration, which most definitely increases the battery life. 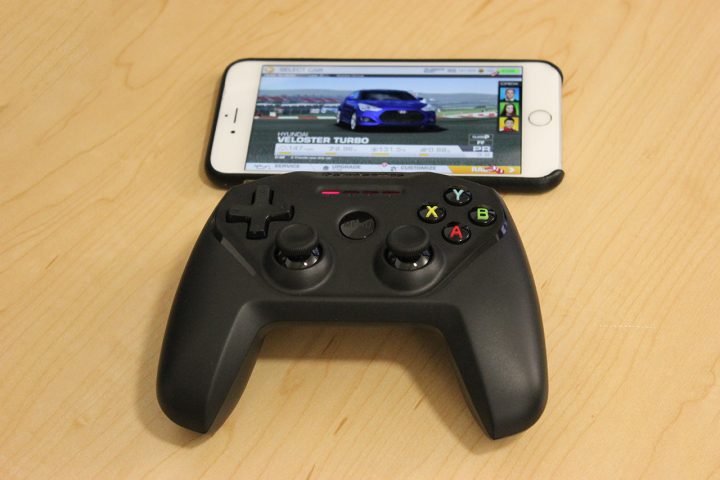 What can be a bit confusing with the Nimbus are the four numbered lights on the front, which sometimes show the battery level and other times show that you’re connected and which player you are (i.e. Player 1-4). It’s not a huge deal, and as long as you keep the controller charged up, you don’t need to worry about seeing how much juice it has left. 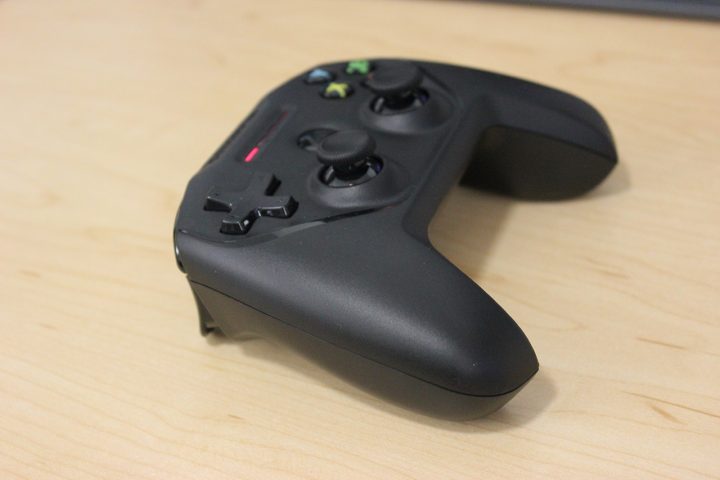 Another problem was simply how the controller worked in different games. It worked great in Modern Combat 5, but Real Racing 3 was awful. In console racing games, the steering is gradual and pressure sensitive, meaning that when you apply light pressure to the thumbstick or D-pad, your car slightly turns, and when you apply more pressure, your car turns more. This wasn’t the case when playing Real Racing 3 on the Apple TV.

Read: Real Racing 3 Apple TV Release: What You Should Know

Instead, no matter how much pressure you apply to the thumbstick or D-pad, your car either doesn’t turn at all, or it turns all the way, making it a constant battle not to oversteer whenever you go into a turn, and it’s the same way with the throttle and the brakes. It’s better on the iPhone, but steering still took a while to get used to. It’s likely an issue on EA’s end within the game and not quite the controller’s fault, but it’s something to definitely be aware of.

Overall, if you plan to do a lot of gaming on the Apple TV, getting something like the SteelSeries Nimbus is a no-brainer, but games themselves still have a long way to go for truly supporting controllers. Not a lot of games support the Nimbus, and if they do, it’s possible that a game does a horrible job of supporting it. However, it’s usually better than using the tiny Siri Remote as a controller, and controller support will no doubt get better over time.