One of the biggest sporting events of the year is upon us with Super Bowl LIV (54). The two best NFL teams this year in the 49ers and Chiefs will meet at Hard Rock Stadium in Miami on Sunday, February 2, 2020.

Many of you may be wondering how to watch the big game, especially those that canceled cable in recent years. In this guide we will give you detailed instructions to stream Super Bowl LIV for free on almost any device, anywhere.

How to Watch the Super Bowl on TV

You probably don’t have tickets to the Super Bowl, which means you’ll be tuning in at home on the big screen TV, or at a friend’s Super Bowl house party. You can watch the game on TV, or stream it to almost any device imaginable. If you have cable, just go to FOX for the 6:30 p.m. ET kickoff time, or even earlier for pre-game festivities.

There are plenty of ways to stream the Super Bowl if you don’t have a cable subscription or plan on watching it from a phone, tablet, or computer. Just go to www.foxsports.com/nfl/super-bowl-2020 and you’re all set. You can stream the 2020 Super Bowl for free directly from the FOX sports website or the official Fox Sports app.

Fox wants anyone and everyone to watch it, wherever they are on any device. All you have to do is create a profile, and Fox will let you watch the big game for free. The app and Super Bowl live streams are compatible with a wide range of devices too. You can stream it from almost any device you own, including your smart TV.

Then, similar to previous years you can use the official NFL app or the Yahoo Sports app to stream the game right to your phone. Each app is available for iOS and Android devices. 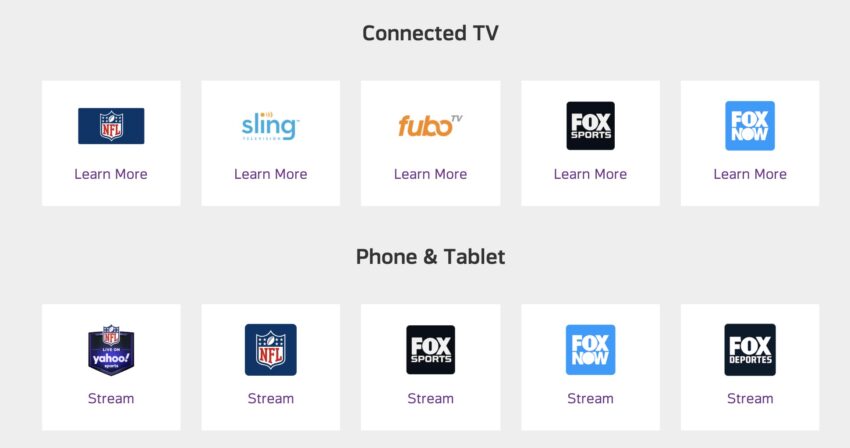 Additionally, almost every major online streaming service like Sling TV, YouTube TV, Hulu and more all offer Fox Sports, which will let you stream the Super Bowl with ease.

How to Watch the SuperBowl on Roku Devices

If you have a Roku device or Roku TV, you might be out of luck this year. Roku is in a contract dispute with FOX and as of January 31st will be removing ALL Fox apps and channels from the Roku platform, The Verge reports. While we’re hoping for a last-minute deal that allows Roku devices to watch the Super Bowl, that deal might not happen until after the big game. So, for now, FOX is a no-go on your Roku device.

Don’t worry though, as Roku has a detailed page on how to still watch the game. Basically, you can use any of the streaming services we mentioned above, the NFL app, Yahoo Sports app, Sling TV, or stream it on the web. Use your TV’s web browser to navigate to the Fox website.

How to Watch or Stream the Super Bowl in 4K

For the first time ever, FOX is streaming the event live in 4k from the website and the app. Simply download the app or visit the website from our links above and enjoy the biggest sporting event in crisp 4k. Most 4K HDTV’s have a web browser or can add the Fox Sports app, or you can add the app with Roku. According to FOX your best bet is with an Amazon Fire TV device. 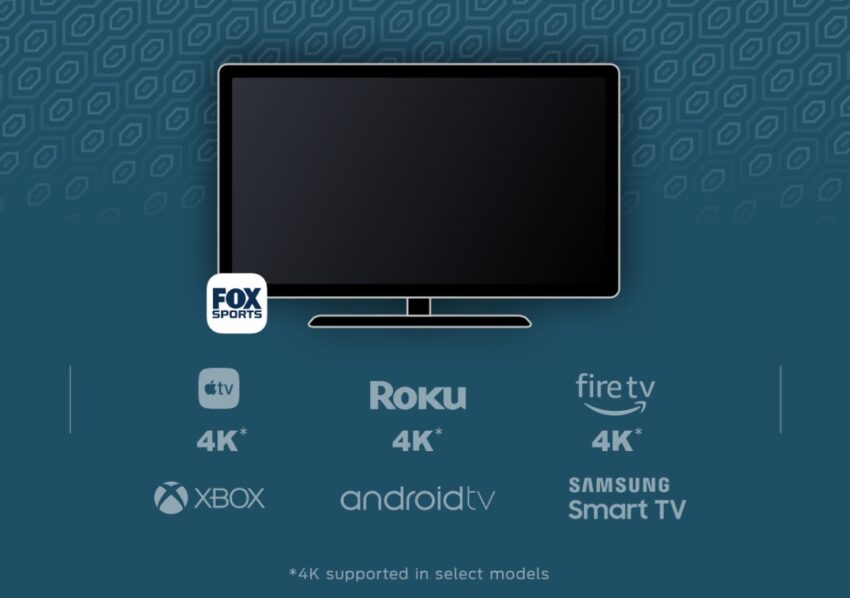 Keep in mind that you’ll need a device that supports 4K, a TV with a 4K resolution, and a pretty fast internet connection to ensure you don’t miss a play (or commercial) while it’s trying to stream the Super Bowl in 4K.

How to Watch the Super Bowl Outside the United States

Those located outside of the United States have several options too. This event is slowly becoming something the entire world wants to watch, and here’s how.

Whether that’s something like FOX Deportes or an affiliate in another country. In Canada try using DAZN and CTV. The Super Bowl will be televised on Seven Network and ESPN in Australia, not to mention several other regions around the globe can use ESPN to watch the game. UK fans can watch on the BBC iPlayer, the BBC Sport website, and the BBC mobile app, not to mention Sky Sports in the UK. China can use Fox Sports, ESPN or BesTV. You can even watch the Super Bowl in Russia on Viasat Sports East.

How to Watch the Super Bowl with a VPN

Another problem some people will face is the ability to watch the game at all. If you can’t find a usable stream or live somewhere that it won’t be shown by traditional ways simply use a VPN.

You can easily watch the Super Bowl from anywhere simply by using a VPN. You’ll want to focus on getting the fastest VPN so the stream doesn’t cut out. NordVPN is one of our favorites, and here’s a list of our recommendations.

Last but not least, there is a good chance you may run into Super Bowl LIV streaming problems with the FOX Sports app, free trials, or the device you’re using. We recommend signing up for a FOX Sports account right now, ahead of time, and getting everything ready before Sunday.

As we said earlier, this is a huge event and millions of people will watch it. Potentially over 100 million fans will watch the Super Bowl in 2020. As a result, your best bet is to simply tune-in on your TV. If you have to stream it on the website or the app don’t be surprised if you run into a problem or two.

We recommend restarting any and all TVs, boxes, consoles, routers or phones and computers well before kickoff. Get everything ready to go and fresh, find the right channel or launch the app and enjoy your day. If possible, plug in your device for a wired connection or make sure you have a strong internet connection for the best results. Make sure no one else is trying to stream movies, shows or download large files during the game.

If you deal with FOX Sports app problems during Super Bowl LIV try to wait them out, as any hiccups will likely go away in a few seconds, or maybe a minute. Quickly reboot the app during a commercial break if necessary. If things really go south, quickly restart the app and your TV or whatever device you’re using and try to get back up and running.

Now just sit back, enjoy some chips, dip, chicken wings or beer, and may the best team win.