While Microsoft made a big deal out of the announcement, there isn’t as much changing here as you might expect. The overall design is the same, but you get several very important usability upgrades that are going to be very tempting for users who have the Surface Pro 4 or Surface Pro 5. One thing that is notably absent is USB C, which Microsoft did not add, leaving users stuck with the proprietary charger yet again. 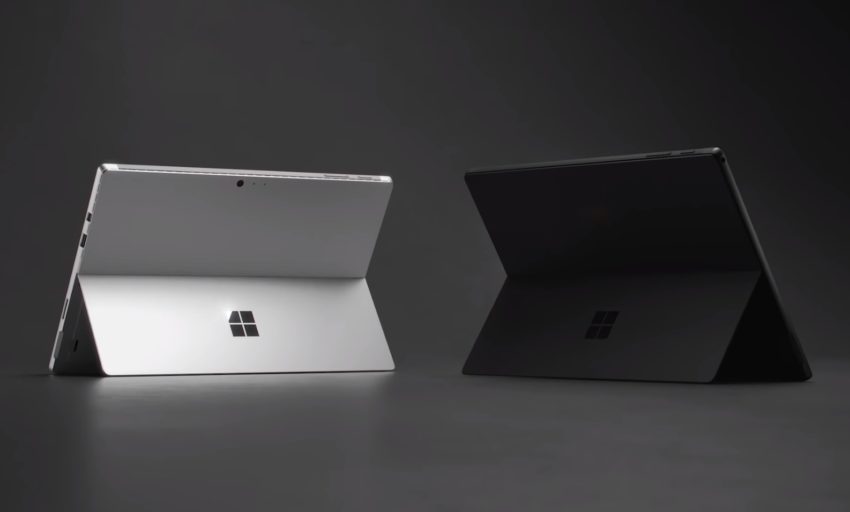 The Surface Pro 6’s biggest upgrade from the Surface PRo 5 comes in the tech specs and power.

This makes the new Surface Pro 67% more powerful than the Surface Pro 5, according to Microsoft. We’ll need to wait for more detailed benchmarks from the real world to see just how this stacks up, but if you are a power user this is a big deal and it could make the Surface Pro 6 a viable option for some users who couldn’t get by with the Surface Pro 5.

Along with the upgraded processors, users also get new integrated Intel graphics options that come with the new processors. It’s still not a gaming PC, but you can always use GeForce Now to play games on it.

You’ll want to wait to see what the real world tests look like, but the new 8th Gen Intel Core i5 and Core i7 processors could help users get closer to the 13.5 estimate Microsoft states.

The Surface Pro 6 is now available in black. You can still get it in Platinum like the Surface Pro 5, but the new color option is one of the few design changes you will notice.

Microsoft did not change the screen size, resolution, weight or dimensions. They also did not add a USB C port, even though most Surface Pro 6 alternatives come with this handy port that simplifies charging and connectivity.

If you are looking at the Surface Pro 5, consider checking into deals which can knock the price down to $699.