Verizon Edge is no longer an option to buy a new iPhone or Android smartphone as the company rolls out a new brand for device payments, likely in anticipation of cutting two-year contracts from the carrier. Expect to see more changes before iPhone 6s release date this fall and maybe in time for thethe Galaxy Note 5.

Starting today there is no more Verizon Edge payment option that allows users to pay around $20 to $30 a month for a smartphone. If you are looking forward to buying a new smartphone on a payment plan with Verizon that is still an option, but it is big hint at changes to come.

Instead of Verizon Edge, customers can buy a new phone on a Verizon Device Payment Plan. This is already live on the Verizon website, and it is rolling out to retail stores who will update signage in the coming days.

One source speaking to Gotta Be Mobile shares that this change is likely in preparation for killing off two-year contracts in the very near future. With a simpler name like Device Payment, Verizon is effectively removing the illusion of multiple ways to pay for a phone. 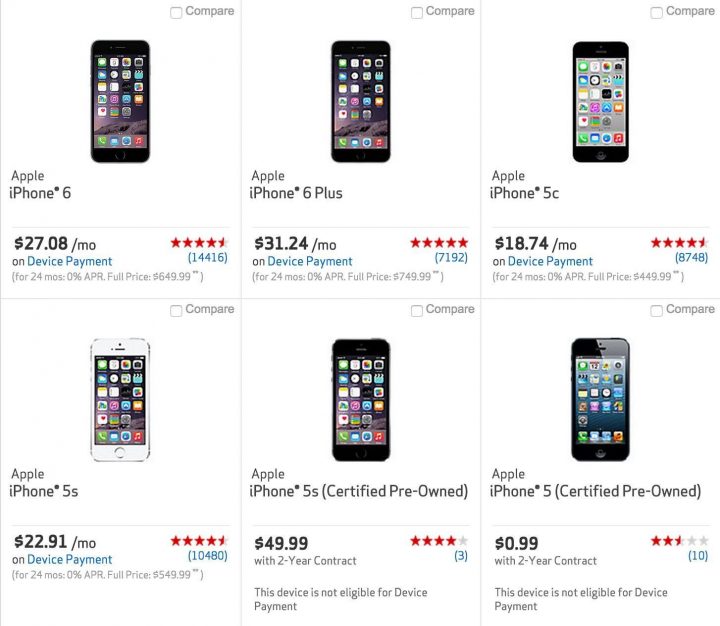 Verizon Edge is no longer an option and the new plan could soon kill Verizon two-year contracts.

Another reason that the change to Verizon Edge hints at dropping two-year contracts is the addition of two important features to the payment plan that simply did not exist on Verizon Edge.

Verizon will also allow an assumption of liability on the new Device Payment plan. This allows a user with a payment plan to essentially hand over the phone and the remaining payments to another person who becomes responsible for paying for the device and service.

Shoppers can still buy a smartphone from Verizon on a two-year contract online and in stores at this time. While there is confirmation of Verizon Edge changes, the Verizon website does not list an end to two year contracts at this time. We expect to hear more about potential changes in the coming months.