When you decide to cut the cord you’ll probably want a live TV streaming service to replace cable. If you still want to watch live TV you have a lot of options, and two great choices are YouTube TV or AT&T TV Now, which replaced DirecTV. Here’s what you need to know about both services and how they compare.

Netflix is great, but it doesn’t offer live real-time television like CNN, Fox News, ESPN, TNT, AMC, and others. You can still have those without cable, and we’ve tested all of the biggest streaming services to help you choose one.

YouTube TV vs AT&T TV Now: Which One Is Better?

Both of these services changed a lot over the last year or two, especially with AT&T TV Now, which was previously known as DirecTV Now. AT&T bought DirecTV and changed a few things, but it’s more like traditional cable than a streaming service. As a result, it might actually be easier to transition into AT&T TV Now than some of the others.

They’re both more affordable than cable, so that’s a plus.

With Google’s popular YouTube TV option you don’t have a bunch of extra packages or add-ons like traditional cable, and it’s very straight-forward. It’s outright $50 per month for 70+ channels, then you can add ShowTime or EPIX if you want for a few more bucks.

With AT&T TV Now things are all over the place as its new owners figure out what to do with the channel lineup, streaming, and leverage HBO, which they also own. In 2019 AT&T TV Now changed everything, and the base package is actually $55 per month and only has around 45+ channels. So, at first glance, YouTube TV is the clear winner, but you’ll have to look at the lineup to help you decide.

AT&T also offers a “Max” plan that gets you 65+ channels, HBO and Cinemax all for $80 per month, which is pretty decent. Basically, the first plan isn’t all that great in hopes that people choose the higher tier instead, and it works, because Max is a good value.

Both YouTube TV and AT&T TV Now are more expensive than something like Sling TV, but they also have more content and channels which will likely appeal to a bigger family.

While the price is probably the single biggest thing for most buyers, the next thing you’ll want to look at is the channel lineup. You might want to pay a few extra bucks for AT&T if they offer more of the channels you love.

When it comes to channels YouTube TV has a few more than AT&T TV Now’s base package. YouTube offers almost all local and regional channels and something like PBS, which a lot of people like. A lot of people still want local channels, and that’s an area that YouTube TV does a great job at.

I mean, you can always buy a digital HD antenna for local channels, but it’s easier to have an all-in-one solution. 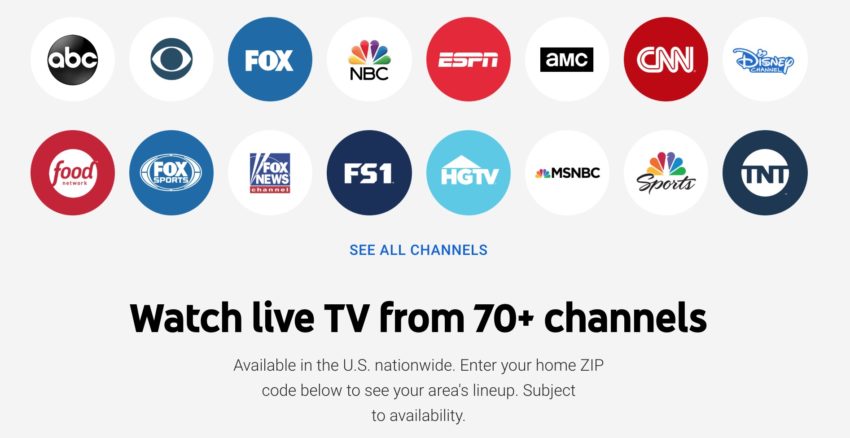 Then, depending on where you live AT&T TV Now offers most regionals too. My area only gets NBC, CBS and ABC, but no Fox, for example. Or, you can click the links above for a full list of each service’s entire channel lineup to make sure they have what you want. One benefit of AT&T TV Now is that at its roots it’s DirecTV so you’ll get Comedy Central, BET, Nickelodeon, MTV and VH1.

Read: 5 Things You Didn’t Think About Before Cutting the Cord

Thankfully, both of these live TV streaming services work with several devices, platforms, smart TVs, streaming boxes, phones and more. However, YouTube TV is definitely easier to use and access than AT&T TV Now.

If you have a smart TV, apps for these and other streaming TV providers may be pre-installed or easily added. You can download the apps on your phone or tablet. For any other device YouTube TV works great.

With AT&T TV you’re mainly limited to iPhone, Android, Apple TV, Fire TV devices and Samsung TV’s and that’s all. It does not work on Roku devices. In this category, YouTube wins again.

Streaming limits is another big thing you’ll want to pay attention to, and luckily these services are roughly the same. By this we mean your kids can watch cartoons or Disney in one room, while you stream a movie or something else upstairs or in the living room, also known as “multi-streaming” limits. 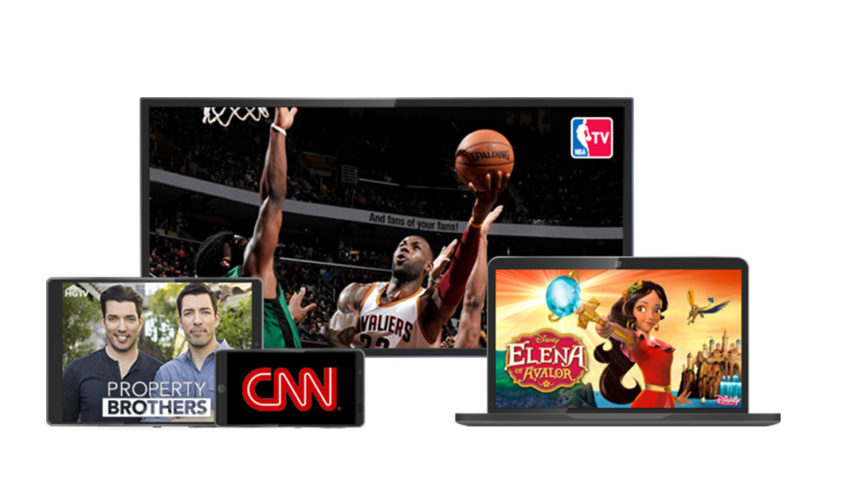 YouTube will let you stream on three devices at a time, anywhere, anytime. With AT&T you can only stream on two devices at a time, unless you buy the MAX plan. The Max plan allows for three simultaneous streams. If you have the base AT&T TV Now package, you can add a 3rd streaming line for an extra $5 per month.

DVR is super popular still to this day, even though most content is available on-demand. If you want to record a show or movie and watch it later, these streaming services store it in the cloud. That’s why it’s called Cloud DVR instead of DVR recording. It works the same way, and they both offer recording options.

AT&T will let you record 500 hours of video, which is better than almost every other provider in this industry, aside from YouTube.

YouTube gives you truly 100% unlimited DVR recording capabilities, and Google will store your video or TV shows for nine months. Yes, you can record anything and everything and watch it up to 9 months later. AT&T only keeps recorded content for 90 days.

In closing, we want to mention that the more expensive $80 plan from AT&T TV Now is probably the best deal here, as it delivers tons of channels and things like HBO and Cinemax, not to mention typical cable programming. It’s pretty expensive though, and when you pair it with a high-speed internet monthly bill, you’re not really saving all that much money over regular cable.

Most people cancel cable to save money, which is where YouTube TV really shines at just $49 per month. If you’ve never tried streaming services we simply recommend you test the free trial they BOTH provide and see which one you like best, then just keep the one you like. Personally, AT&T TV Now is more of a regular cable experience, which could be better for a big family or the older generation.

Honestly, you can’t go wrong with either of these, as they’re both far better than spending $200 a month on Cox Cable, DirecTV, or Comcast and having 2,000 channels you never watch anyway.

Another thing to keep in mind is that while they’re both under $60 right now, that could change in the near future. Plus, we never know when AT&T is going to change, add, or remove something, or get in a contract dispute with a provider and lose channels. So just be aware of that going in.

Personally, Sling TV is what I use at my house as it’s cheaper and has everything I need for the most part. Everything else I supplement with Netflix and Amazon. That said, lately, I’ve really been enjoying everything YouTube TV has to offer, so I might be changing streaming services soon. So, in closing, look at the channels available and decide what you or your family truly needs, then choose what is right for you and your budget. If you’re still stuck deciding, here’s a bigger roundup of every major streaming service compared