While you can buy a more exciting car, it’s very hard to match the value, safety, and fuel efficiency that the 2017 Toyota Corolla delivers. If you need more room, check out the Toyota Camry.

With more standard safety features for 2017, LED headlights and an upgraded interior, the Toyota Corolla is an impressive small sedan that fits the needs of many drivers perfectly. 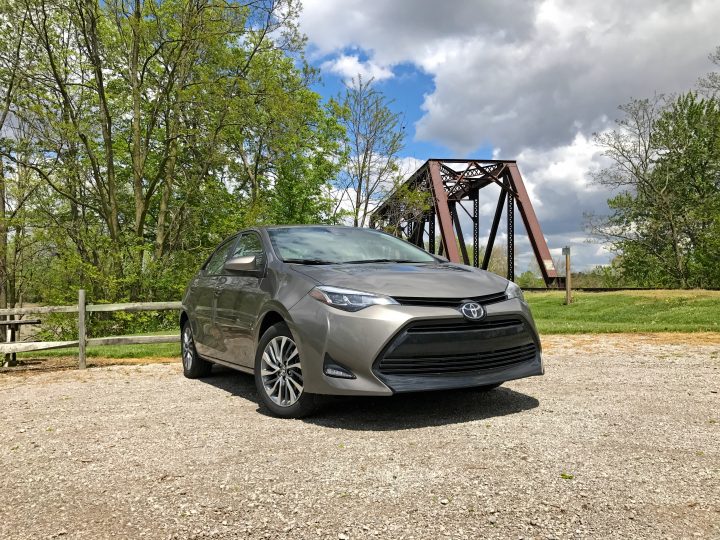 The 2017 Toyota Corolla is delivers amazing value for the price.

The 2017 Toyota Corolla XLE is definitely a car you buy when you want a safe, fuel-efficient car that can reliably get you from home to work and back. While comfortable for long trips the 2017 Corolla is not sporty or particularly engaging to drive. For many Corolla buyers that is perfectly fine, especially when you factor in the driver convenience features that will make commutes and long road trips easier.

Acceleration is slow in the Corolla, but you can still get up to speed on a highway in a reasonable amount of time. I missed the speed most in the city while going through intersections with very short stoplight times. During a day trip to a picturesque town, the 2017 Corolla XLE delivered nearly 37 miles per gallon, just beating out the EPA rating of 36 MPG.

The 2017 Toyota Corolla stays in your lane easily and does a very good job at absorbing rough roads, especially for the price. To work or school and on weekend trips the Corolla is a smart choice, so long as you don’t need a fun experience on the winding roads along the way.

Just because you’re getting a bargain on a new car doesn’t mean you need to give up on technology and safety. The entry-level Corolla comes with a 6.1-inch touchscreen and the 2017 Toyota Corolla XLE includes an upgrade to a 7-inch screen.

It’s very easy to see the screen, even when the sun is bright and you’re wearing polarized lenses. The system responds quickly to touches and it is very easy to use. There is support for system voice control and Siri Eyes Free, so you can use your voice for many commands. 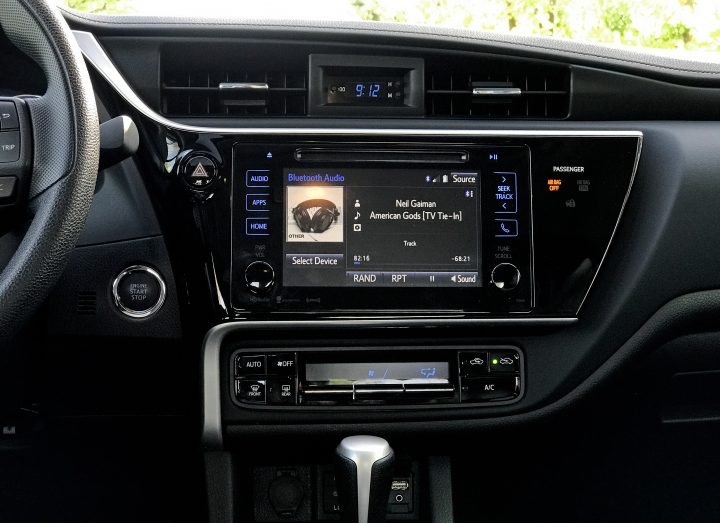 The Corolla offers a very capable infotainment system with voice control and Bluetooth.

The biggest downside is that there is no support for Apple CarPlay or Android Auto. Many competing cars, like the Chevy Cruze, offer this feature and both offer a better way to stay connected while driving.

With select trim levels including the XLE, you get Entune Audio Plus, which upgrades the sound system. Although it’s no match for a high-end aftermarket system or what you’ll find in a more expensive car, it is an adequate sound system.

Drivers get a hand from lane keeping with steering assist which identifies your lane using sensors on the side of the car. This will alert you when you are leaving your lane and can steer you back into your lane.

While commuting the adaptive cruise control is a must have feature. This uses sensors to keep you a set distance from the car in front of you, even if that driver decides to alternate between five over and five under the speed limit for the entire trip.

Additional safety features include collision assist, with pedestrian detection and automatic high beams. All four of these safety features are standard as part of Toyota Safety Sense P. Even the entry-level 2017 Toyota Corolla L comes with these traditionally pricey add-ons standard at $18,500. 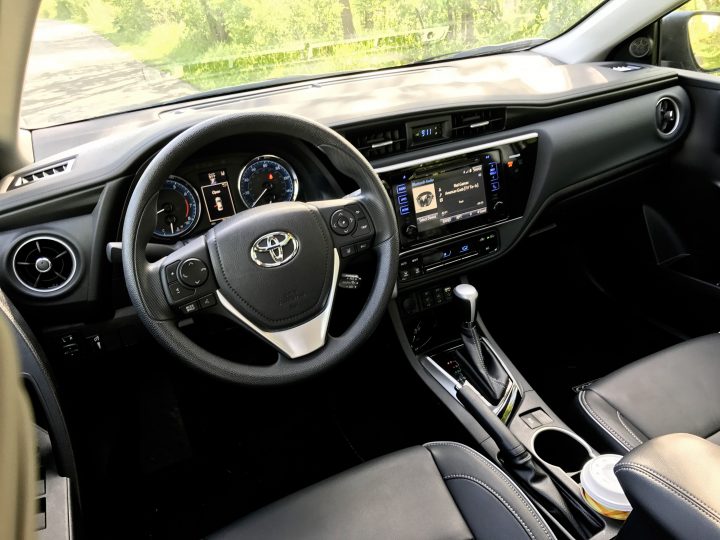 The 2017 Toyota Corolla XLE offers a nice interior with room for four adults.

The 2017 Toyota Corolla combines a spacious cabin with a modern exterior design. The Corolla isn’t going to turn heads with an attention-grabbing look, but the style isn’t boring either. It’s millennial-city-chic with a wide lower grille, nice wheel options, and an otherwise sensible look. The SE and XSE offer a sportier style with flared accents on the front, larger wheels and chrome-tipped exhaust.

Inside, the Corolla offers a lot of room for a compact car. There is plenty of room for four adults, without the need to re-arrange seats. Rear passenger headroom is good and there is no need to sit with your knees touching the front seat. Depending on the trim you choose, you’ll find a variety of color options and materials in the cabin that upgrade the look and feel of seats and the cabin.

The seats are comfortable and on the XLE and XSE heated front seats are standard. There is a USB 2.0 port and a 12V power point in the front of the car. The interior design matches the exterior with a functional design that includes easy access to the controls for the stereo as well as temperature. The steering wheel includes buttons to control media and menu options. There is a small screen between two gauges on the dash that shows fuel economy and other messages.