A hard fought series brings these two teams to Los Angeles to play in the World Series game 1 at 8:09 PM Eastern, Tuesday October 24th. This is the first of a seven game series that runs though the end of the month.

The 2017 World Series airs on Fox and is available with an antenna from your local Fox station or you can subscribe to a variety of streaming services if you want to watch without traditional cable subscriptions.

If you have cable, or know someone who will share login information, you can watch the 2017 World Series live stream in the Fox Sports Go app. You can also pay to use the MLB.tv app, but most users will be better off using the Fox Sports Go option instead of paying for essentially the same access. 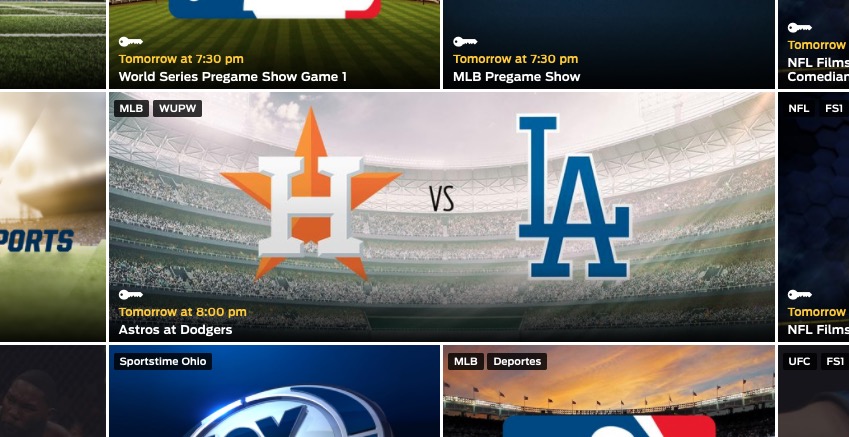 The MLB.tv service allows you to watch the 2017 World Series games, but you have to pay $24.99 and you have to also have a TV provider, which means you will pay $25 for the same stream you get free with the Fox Sports Go app.

How to Watch the 2017 World Series Without Cable

If you are a cord cutter, you can watch the 2017 World Series live without cable, but you will need to get an antenna or you will need to pay for a service that streams TV shows over the Internet. There are some free trials, but you may end up spending about $20 if you don’t already have one of these services.

YouTube TV and Hulu Live TV are great options to watch without cable.

Here are the services that you can use to watch the World Series without going back to cable. You will need to pay at least $20 to watch, but if you haven’t already used a free trial you may be able to watch some of the games without paying.

Sling TV offers Fox in select areas, but not for all customers, so it’s not a great option for most users. If you already use Sling, check to see if you can watch Fox live, if you are looking for a service, pick one you know will work instead. Depending on your location DirecTV Now may work as well, but again not all areas will support it.

Another excellent option is to buy an antenna and watch on your TV by picking up the broadcast. You can buy an indoor antenna for about $20 on Amazon or at a local retailer and if you are close enough you can watch over the air.