This is a look at the new iPadOS 13 features coming to your iPad today. Apple split off iPadOS from iOS 13 so that they can deliver a more focused set of tablet features that allows you to do more on your iPad.

So far this looks like a good step into delivering features that make sense on a tablet, but not as much on an iPhone and hopefully this change will bring about better overall productivity support for people looking to replace their Mac with an iPad. Time will tell if Apple moves the needle enough, but it is a good start.

iPadOS 13 arrives alongside iOS 13 a free update. One of the biggest features is using the iPad as a display for the Mac, but you’ll need to wait another week for macOS Catalina to arrive before you can use that feature. 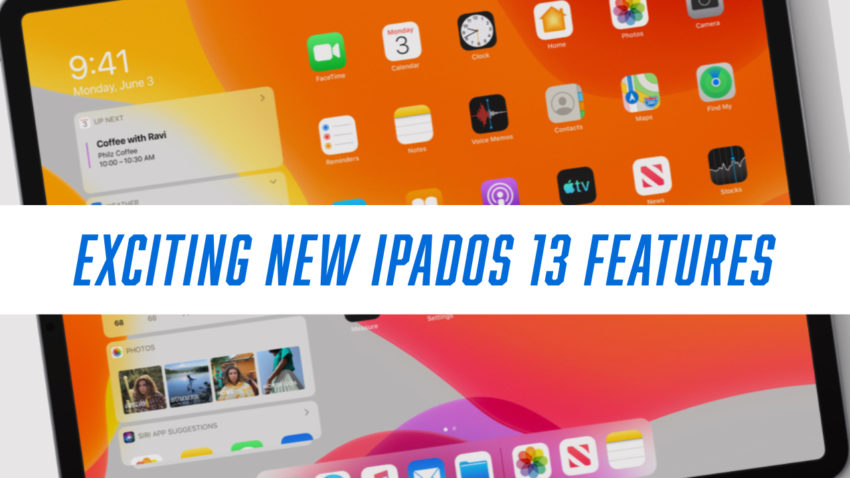 Check out the new iPadOS 13 features coming to your iPad this fall.

Now that you know the key details, here’s a look at the new iPadOS features that are coming to your iPad this fall.

There are many other small iPadOS features that we are adding into this list as we use iPadOS more. Expect to see these features grow as Apple builds on this new branch of iOS and brings iPadOS into it’s own.

10 Things to Do Before Installing iPadOS 13 Beta
Related Topics:AppleiPadiPadOSiPadOS 13Technologyupdate