Last year was filled with some of the best Android phones ever released. Google’s Nexus 6P, Samsung’s Note 5 and more were all very impressive. With 2016 underway and new Android smartphones already arriving, this is the list buyers need to have their eyes on. Smartphones like the upcoming metal LG G5, Samsung Galaxy S7, the Moto X 4th Gen and more. Not to mention the iPhone 7.

Those holding out for a new phone this year will want to keep their eyes and ears open for details about everything that’s coming. The Galaxy S7 is already here, and the G5 is up next. We had some great phones in 2015, which all started with the Galaxy S6 in April, but 2016 is already looking better.

HTC shocked many by announcing and releasing the HTC One M9 the same day back in March of 2015, ahead of the Galaxy S6 or LG G4, but it wasn’t nearly as successful as the company hoped. If you didn’t get a new smartphone during Black Friday or the holidays, don’t worry, because a few excellent Android smartphones will be here before you know it. 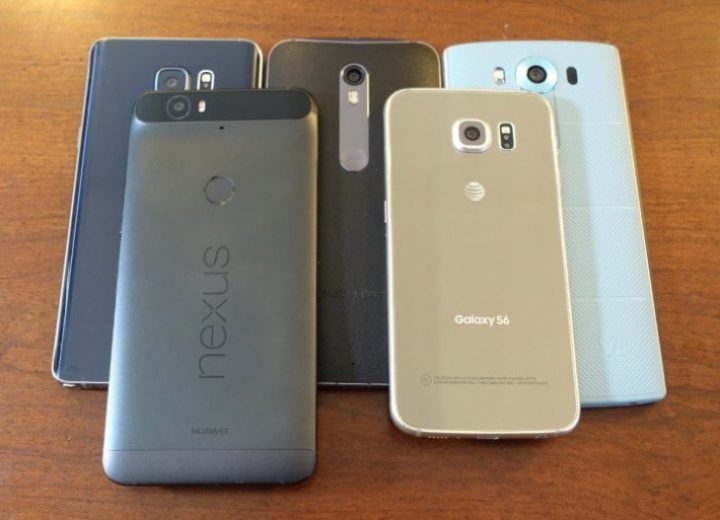 It was a crazy year that started off with the HTC One M9 being leaked well ahead of the release date, which was followed by the Galaxy S6 and the fancy Galaxy S6 Edge. Then LG unveiled the leather-clad LG G4 in April to take on the Moto X. A few months later a new Moto X Pure Edition and Moto G were released.

The end of 2015 was where things got interesting though. Samsung released the impressive Galaxy Note 5 two months earlier than anyone expected, by announcing and releasing the phone in August. It’s still one of the best phones available today, even after Google’s Nexus 5X and premium Nexus 6P release in September and October.

It was a year of great phones for Android users, but as the 1st quarter of 2016 is coming to a close, we’re already seeing great alternatives. With aluminum premium designs, excellent cameras, fingerprint scanners, USB Type-C quick charging, longer lasting batteries, Android 6.0.1 Marshmallow, wireless payments and more. Android is leading the charge in mobile technology, and it already started with the premium and water-resistant Galaxy S7 which is already available. Now we know Android N is coming this summer, so there’s plenty to look forward to.