Apple doesn’t need the iPhone 6s to send AAPL to an all-time high ahead of a 2015 Q2 Earnings Call thanks to strong iPhone sales and hints of a successful Apple Watch release.

At 5 PM Eastern Apple will deliver a Q2 2015 Earnings Call that outlines earnings per share, iPhone sales, iPad sales and Mac sales. Although the numbers are not official yet, the estimates point to a very good quarter and investors are already pushing AAPL stock higher on the word of analysts.

The record high price per share of Apple stock comes well ahead of an iPhone 6s release or iPhone 7 release in part because the iPhone 6 and iPhone 6 Plus sales remain steady almost six months after their release.AAPL is currently at $131.79 and hit a high of $133.13 per share today.

Normally at this time in the year consumers are asking if it is worth waiting for the new iPhone release, but predictions range as high as a 30% growth in iPhones sold year over year. 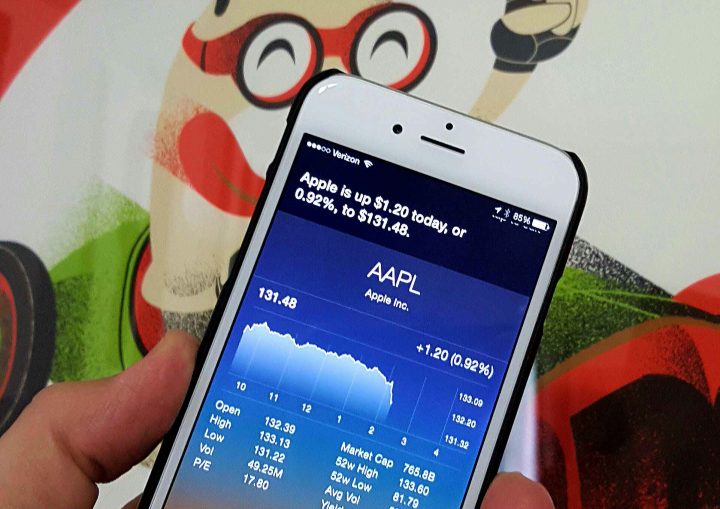 Apple Stock hits a record high without the need for an iPhone 6s release.

While it does make sense for investors to look at what Apple could deliver with the iPhone 6s in 2015, and what they might leave out yet again on a new iPhone, it’s clear that consumers are still excited about the iPhone 6 and iPhone 6 Plus.

Fortune combines the analyst estimates for the number of iPhones sold. With amateur and professional analysts averaged out, it is possible that Apple will report just shy of 60 million iPhones sold in the last quarter — a 33.4% increase from Q2 2014.

Instead of rumors about a bigger screen iPhone coming this fall we are hearing that it could deliver the same overall look with an upgraded camera and a screen that supports Force Touch like the Apple Watch. With a minor upgrade rumored Apple is not facing the same glut of educated consumers waiting for the new iPhone in 2015. Instead these shoppers are heading in to the Apple Stores and carrier stores to upgrade to the current models.

It also helps that we continue to see a number of iPhone 6 Plus and iPhone 6 deals every month where consumers can upgrade without paying full price. Carriers are also simplifying the process of buying an iPhone 6 or iPhone 6 Plus with the Edge, Next, Jump and leasing options that remove the $200 entry-level price from buying the iPhone 6. 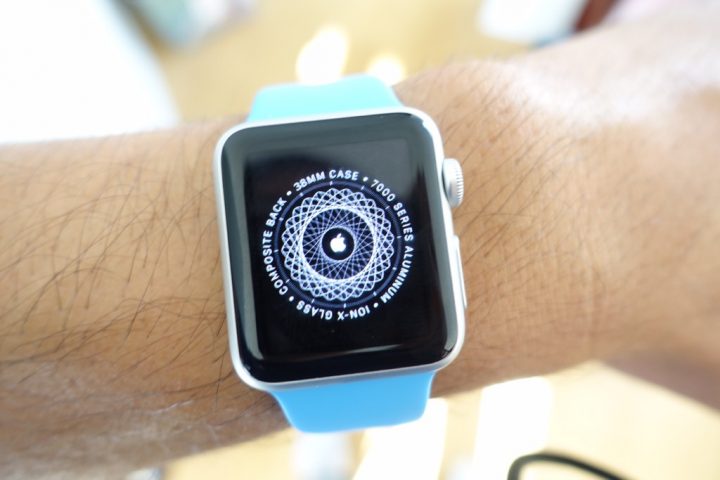 The Apple Watch plays a role in the current AAPL stock price.

iPad sales are down in the estimates and iPod sales are not listed as a break out anymore. Rumors suggest we will see a larger iPad Pro this year and an iPod Touch 6th generation release finally, but there is nothing concrete. We may hear Tim Cook or another executive allude to sizes or address iPod touch sales, but don’t look for a product announcement during the call. Analysts expect good news from Mac sales, even though Q2 2015 ended before the new MacBook release.

The Apple Watch release arrived after the end of the quarter as well, but with pre-orders possibly at 1.7 million, there’s little doubt that the wearable plays a role in the current AAPL stock price. Expect to hear some Apple Watch numbers at the Apple Earnings Call today, but probably not as specific as most investors want to hear.

All of this comes as Samsung delivers the Galaxy S6 and Galaxy S6 Edge that can compete with the iPhone 6 and iPhone 6 Plus in ways older Samsung devices couldn’t.