Battlefield 1 is coming to Xbox One, PS4 and PC this fall and it will take gamers back to the dawn of modern war, World War 1.

EA DICE is still keeping many of its cards close to its chest but we do have a number of key Battlefield 1 release details including information about its gameplay, a public beta, its release time and date, and the three versions of the game. 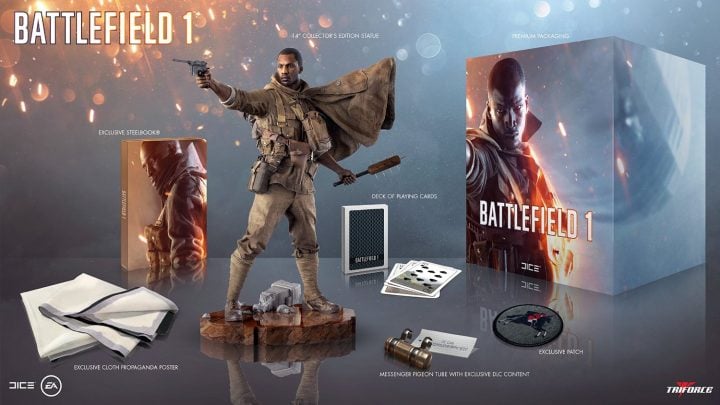 Retailers are selling three Battlefield 1 editions. They include the $60 Standard edition, the $80 Early Enlister Deluxe Edition, and a $220 Collector’s Edition that delivers a whole lot more than a copy of the game.

Today we want to focus on the Battlefield 1 Collector’s Edition and tell you about the most important things you need to know about it ahead of Battlefield 1 release date on October 18th/October 21st. Keep these in mind as we push deeper into the year.

What is the Battlefield 1 Collector’s Edition?

Let’s start with the basics.

In addition to a copy of Battlefield 1 and the Hellfighter Pack, you’ll get everything that comes with the Early Enlister Deluxe Edition (seen in the photo above). That includes an early Battlefield 1 release date on October 18th (as opposed to October 21st) and several other bonuses:

On top of all that, you’ll get a collectible statue that stands 14″ high, a deck of Battlefield 1 playing cards, a steelbook case, a messenger pigeon tube with exclusive DLC content, an exclusive patch, and premium packaging.

We don’t know what the exclusive DLC content will be just yet though Amazon notes that it’s exclusive for only a year after launch.

This is the biggest, most expensive Battlefield 1 bundle (so far) and as we’ve noted, it’s aimed at diehard fans of the series.

If you go looking for the Battlefield 1 Collector’s Edition at Best Buy or GameStop you’re not going to find it. At least not yet.

As of right now, this massive Battlefield 1 bundle is an exclusive to Amazon in the United States. EA DICE hasn’t said if this bundle, or any others, will emerge at other popular retailers.

In the United Kingdom, the bundle has appeared at GAME.

For the moment, the Battlefield 1 Collector’s Edition is only available if you pre-order it for Xbox One or PlayStation 4. At least in the United States

EA isn’t planning to sell a physical version of Battlefield 1 for PC so there’s a good chance this bundle will be exclusive to consoles.

It appears that it will be available for the PC outside of the United States. UK retailer GAME is offering the PC version to those looking to pre-order ahead of the game’s release.

The Battlefield 1 Collector’s Edition is $220. That’s expensive for most people. Fortunately, there’s a way to pay much less for the rights to this bundle. 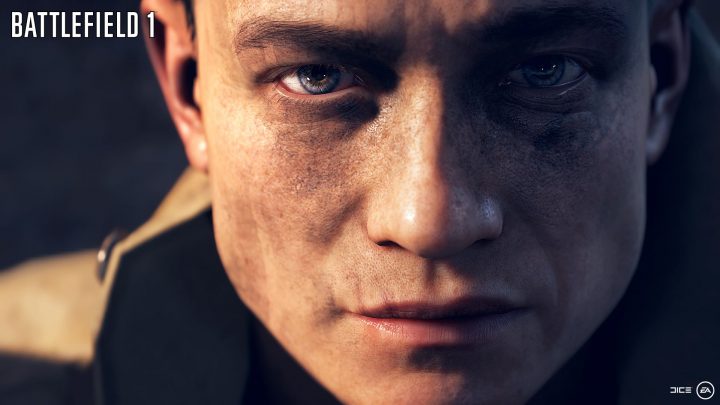 Amazon Prime members only pay $175.99. That’s a huge discount and one that you can take advantage of, even if you don’t want to pay for a Prime account.

This offer extends to the Amazon Prime free trial. Amazon, in its FAQ, notes that “any customer with an active free trial or paid Prime subscription at the time of placing an eligible order will receive the discount.”

There’s no telling how long the Battlefield 1 Collector’s Edition will be in stock. Given what’s inside (figurine, cards, patch), we could see stock dry up ahead of the game’s release date. (Note that it already vanished for a few hours on May 11th.)

With that in mind, we recommend getting familiar with its NowInStock page. NowInStock allows you to set up browser alerts so that you’re notified when new stock appears and when stock disappears.

While you would expect unlimited amounts available this early, there are limits in place for many of these high dollar editions. So it’s best to keep an eye on it in the days and weeks ahead.