The Battlefield 5 beta is here and today we want to guide you through everything we know about the release date, download size, and more.

Battlefield 5 is the latest entry into the Battlefield series and the final version arrives in November on Xbox One, PlayStation 4, and Windows PC.

Originally slated to arrive in October, the Battlefield 5 release date is delayed until November 20th. The release date for EA and Origin Access subscribers is November 9th and those who pre-order the Deluxe Edition get access starting November 15th.

You’ll have to wait until November to play the finished product, but you can play a portion of the game long before its official release date.

EA DICE’s launched an open Battlefield 5 beta for all three confirmed platforms. The beta will let interested gamers try the game before it comes out and help DICE engineers catch bugs and performance issues.

The Battlefield 5 beta is an open beta which means anyone with one of the following consoles can download and install the beta for free:

These are the minimum and recommended PC specs for the Battlefield 5 beta. If you own a PC, here’s what your PC needs to meet:

If your PC doesn’t meet the minimum specifications, the beta will likely be unplayable.

The Battlefield 5 beta is a huge download for all three platforms. Here are the download sizes for Windows PC, Xbox One, and Playstation 4:

Note that the download might be a little bit bigger due to a client update DICE rolled out to alleviate some early issues with the game.

The Battlefield 5 beta officially kicked off on September 6th and it ends on September 11th at 22:00 PM BST. There’s a chance EA extends the beta due to the game’s delayed release date so be on the lookout for an announcement. 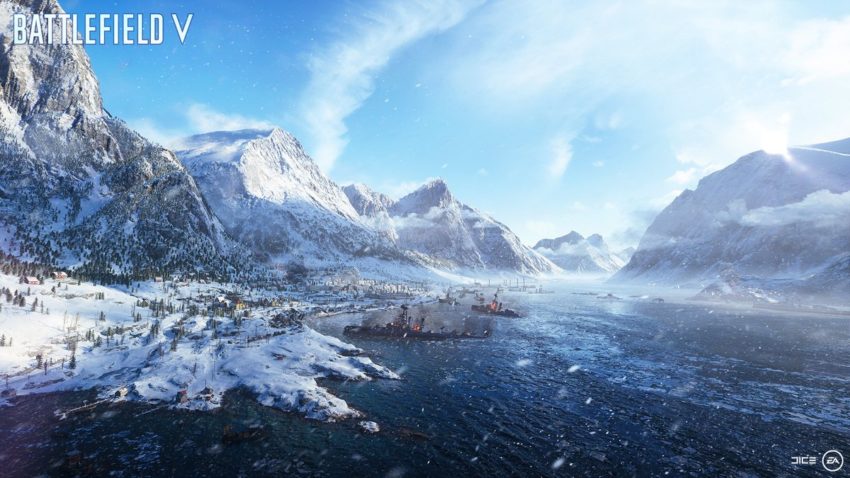 The beta includes the game’s 64-player Conquest mode on the Rotterdam map or the Arctic Fjord map.

The open beta also features two “days” of Grand Operations where “each day is represented by a round of play, and player actions have a direct impact on the next round.”

EA says up to 64 players can deploy in the Airborne and Breakthrough modes on the Arctic Fjord map.

The open beta includes a five-part Tides of War chapter and those who complete the chapter will earn an exclusive in-game Dog Tag in Battlefield V at launch. DICE says the Shock Troops chapter will only be part of the Open Beta and not the final game. 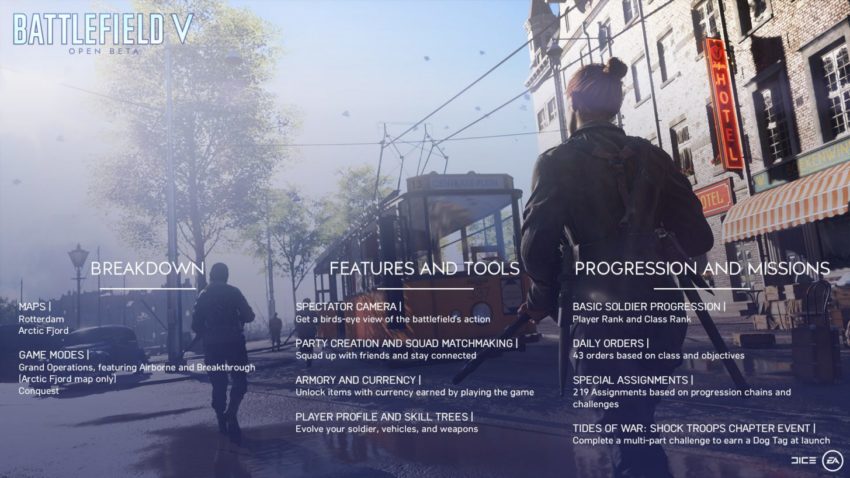 Here are a few other things you can expect when you try the beta: