The Battlefield 5 beta is live for Xbox One, PlayStation 4, and Windows PC and it’s plagued with a variety of bugs and performance issues.

EA DICE is testing a portion of Battlefield 5 ahead of the game’s delayed release date this November. The Battlefield 5 beta is currently limited to EA Access members, EA Origin subscribers, and those that put in a pre-order, but the beta will open up in a few days for everyone.

The developer’s made significant progress in the weeks since the Battlefield 5 alpha, but the game is still in development which means there are kinks it needs to work out before the game goes live.

Those who have played the Battlefield 5 beta on the Xbox One, PlayStation 4, and Windows PC are dealing with crashes, network issues, Squad problems, and a lot more.

DICE has already solved several of these problems, but we expect issues to linger throughout the beta as the company stress tests the game’s content. 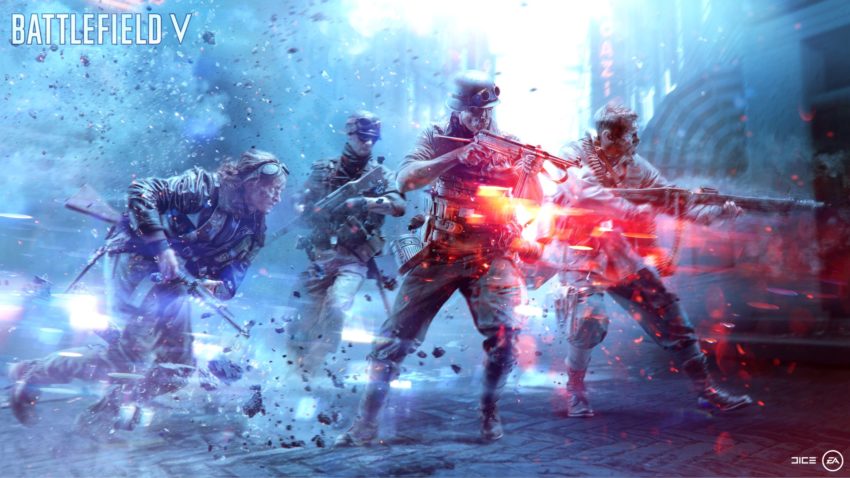 In this guide we’ll take you through the most important things to know about Battlefield 5 beta problems. This walkthrough includes the most common issues impacting the three platforms, fixes for those issues, and where to post and find feedback about these problems.

Remember, your feedback will help EA DICE improve the final version of the game so it’s important to post the errors, bugs, and performance issues you come across during testing.

One of the most common issues Battlefield 5 beta testers are seeing is an issue with the game’s matchmaking on the PS4 and Xbox One. The issue appears to mostly impacting low-population regions like South African, Australia, Japan, Hong Kong, UAE and Brazil.

If you are dealing with matchmaking issues in those regions, or in another region, you’ll want to exit the Battlefield 5 Open beta, close the application, and restart it. This has resolved the problem for many users.

Some Battlefield 5 beta players are having trouble starting the beta. Some users are seeing syncing issues while others are seeing extremely long load times.

If you’re dealing with startup issues on the Xbox One or Xbox One X, try going into the beta’s files (locate the game and select manage) and deleting any cloud saves listed there.

The Battlefield 5 is a substantial download (10+GB across all platforms) and it could take some of you a long time to download during peak hours.

We expect download times to calm down in the days ahead, but there are a few things you can do if your download is going abnormally slow or won’t start at all.

If the download is starting, but going slow, try pausing the download and starting it up again. This is a simple trick that’s worked very well in the past.

If that doesn’t help, try plugging your ethernet cable directly into your PC, Xbox One or PS4. This can speed up downloads, especially if your console or PC is far away from your modem.

If you’re having trouble downloading the Battlefield 5 beta, and many people are, here’s how to properly download the game on each platform.

If you pre-ordered a digital copy:

If you pre-ordered a physical copy:

If you pre-ordered a digital copy:

If you pre-ordered a physical copy:

For more, take a look at our download guide.

First, check your spam folder in your email.

If you still can’t find your code you’ll need to get in touch with the company you ordered from. You can also try getting in touch with EA Help or an EA Advisor to see if they can escalate your issue.

Note that the wait times to talk to someone could be long because of the number of issues plaguing the beta. Here’s how to contact EA for a missing code:

You’ll want to follow the same steps if you received a Battlefield 5 beta code for the wrong platform.

If your Battlefield 5 installation freezes or fails, it could mean the game file is corrupt. If this happens during the installation process, you’ll want to delete all of the files associated with the beta and try the download again.

As expected, some Battlefield 5 beta testers are running into networking issues. Some players are unable to hear other players in chat, others are unable to connect to games. These issues can be extremely tricky to solve, but here are a few fixes that’ve worked in the past.

First, try restarting your router. Leave the router unplugged for a good minute before plugging it back in. See if that resolves the issue.

If that doesn’t work, you’ll want to check your NAT settings. If you’re using a strict NAT type, you might encounter networking and issues partying up with other players. Using an Open NAT type on your system might solve the problems you’re seeing.

If you’re playing the beta on a Windows PC, local security software might be blocking Origin, or the beta itself, from connecting properly.

If you’re using security software on your PC, make sure both Origin and Battlefield 5 beta have the proper permissions in place.

We’re starting to hear about various Battlefield 5 beta performance problems including crashes, lag, black screens, texture issues, and a variety of other issues. These are also tricky to solve, but there are a few things you can do in an effort to improve the game’s performance.

If you’re playing the Battlefield 5 beta on a PC using an NVIDIA graphics card, you’ll want to download the latest drivers.

If you’re experiencing lag and texture issues you should try turning down your graphic settings. As a reminder, here are the minimum and recommended specs for the Battlefield 5 beta on PC. If you don’t meet these, the game won’t run properly:

If the Battlefield 5 beta freezes or locks up, you can also try restarting your game and/or your system. If you own an Xbox One or PS4 we recommend shutting your console down and unplugging it for a minute to clear the cache. Plug it back in and see if the game works properly.

If you suddenly run into a bug where you can’t spawn as your class of choice, EA DICE recommends you make some big changes to your customization, add and remove duplicate weapons, and then try spawning with another weapon.

If you’re running into input lag problems on the PC, EA DICE recommends forcing render ahead limit to 1 to get the intended experience.

How to Fix Battlefield 5 Deploy Point Not Available Problem

Some beta testers are complaining about deploy points not being available when they should be. This is obviously a huge problem. Fortunately, it looks like one player has found a workaround.

It looks like some players are having success going into the Armory section on home menu and then to the class/weapons you’re having trouble with.

From there, you’ll want to select a weapon then click “Get One More” three times. Unfortunately, you’ll have to do this for every weapon you’ll want to play with.

How to Report Battlefield 5 Beta Problems

If you run into an issue with the Battlefield 5 on the Xbox One, PS4 or PC you’ll want to report your problem to EA DICE so that it can get to work on a fix.

You’ll also want to post feedback about bugs and performance issues on EA’s Battlefield 5 beta technical forums or the official Battlefield forums. EA DICE will be monitoring these forums for feedback.