In this guide we’ll show you how to use any Android phone or tablet as a remote control. Instead of paying for an expensive universal remote try this list of the best Android remote control apps. Some phones have an Infrared Blaster built-in, but if not, most of these apps work over WiFi too.

With our help, you can use your Android phone as a remote for your TV, cable and satellite box, home theater receiver, air conditioner or heaters, media players and other home appliances.

Read: How to Control Your Mac With Any Android

There are tons of apps on the Google Play Store that are “universal remotes” but a lot of them simply don’t work that great, or bombard you with ads. That said, if you’re looking for a better and easier experience, we have you covered. Additionally, we’ll recommend apps directly from brands like LG that works specifically with their HDTV’s and appliances. 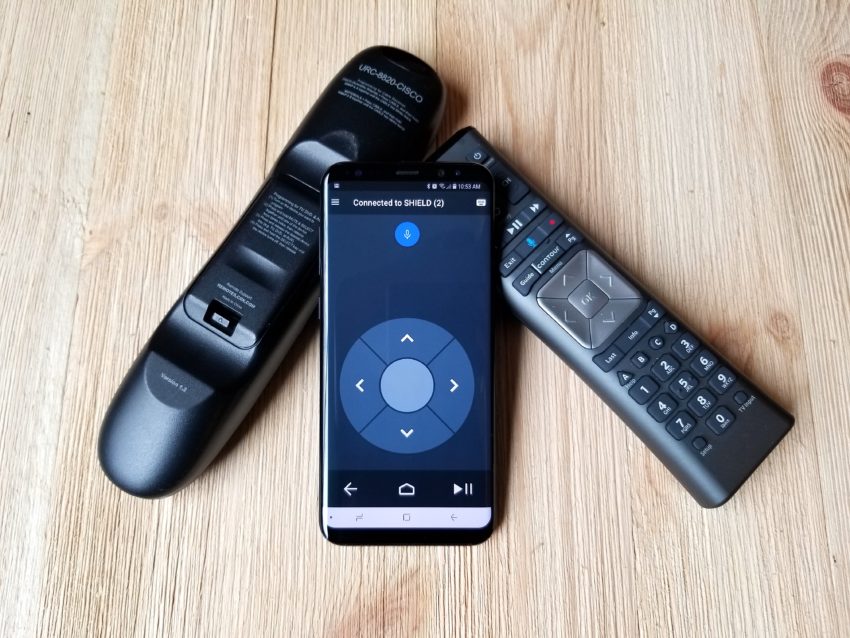 Now before we begin it’s worth noting that there are a few limits to taking advantage of these apps. You’ll need a phone or tablet with a built-in IR Blaster, similar to what’s on most regular remote controls. Some of those include the Galaxy S4, Galaxy S5, S6, and many other Huawei, LG, and ZTE phones. Here’s a full list of supported devices.

If your Android phone or tablet doesn’t have an IR blaster, most of these apps work over WiFi. As long as you have a Smart TV, Refridgerator, AC, or other appliances, they should work. And if not, companies like LG and Vizio offer their own apps. Even Google has an app to control any Android TV. Basically, you have a lot of different options.

With that said, here’s a list containing some of the best Android remote control apps, and links to download them. Then, check out the slideshow below for more details.

These are in no particular order but are a few of the best apps we’ve found. Most of them work with IR or WiFi, and automatically know the codes necessary to control a TV. If not, they’ll scan custom lists for you and find it after a short wait. That way there’s no inputting codes from your old remote manual and hoping it works. Give these apps a try today.