Those looking for a new Android smartphone have a lot of really good options as 2015 comes to a close. What makes a phone the best, or great, or even really good is all subjective and ultimately comes down to what users need the most. With that in mind, here we want to share our thoughts on the best Android phones of 2015, chosen by the staff at Gotta Be Mobile to help buyers choose the right phone.

This has been a great year for Android users. It all started in March and April with the Samsung Galaxy S6, Galaxy S6 Edge, and even the HTC One M9. LG finally brought its A-game with the LG G4 and its stunning camera, and all year long new impressive phones were announced that rivaled or beat the iPhone, or anything else before it.

While there are countless phones we’d recommend without hesitation, in multiple price categories, those looking for the best of the best will want to see our slideshow below. Here we’ll go over all the details, specs, information and share our reviews about five phones we consider the best Android devices of 2015. 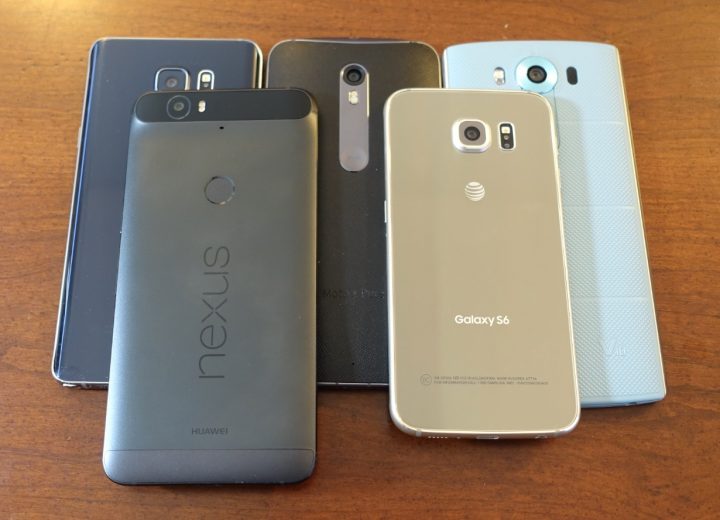 Carriers in the United States are loaded with excellent smartphone options for any and all buyers, and even Verizon has a few great exclusive phones like the impressive DROID Turbo 2.

This year all Android manufacturers finally realized that exceptional screens and long battery life were all important, but a key piece of any smartphone is the camera. As a result Samsung’s Galaxy S6 and Galaxy Note 5 finally topped the iPhone 6 as the best camera on any smartphone. LG made the G4 with a fast and capable shooter, Motorola improved its cameras, and even Google’s Nexus 6P beat the iPhone 6 in the camera department.

In 2015 Android phones offer a little of everything. From customization unlike anything before, beautiful hand-made genuine leather backs, durability, fingerprint scanners, all-day battery life, and premium build materials like metal and glass with the Galaxy Note 5. There’s a little something for everyone, and below are the best Android phones of 2015.