We have deals that will help you buy Call of Duty: Black Ops 3 cheaper, upgrade to a new console and figure out how to get your hands on the new Call of Duty game that Treyarch continues to update weekly in 2016.

Call of Duty: Black Ops 3 is nearly six months old, and you can save big with these incredible Black Ops 3 deals on Xbox One, PS4, PC and even on the version for PS3 and Xbox 360. 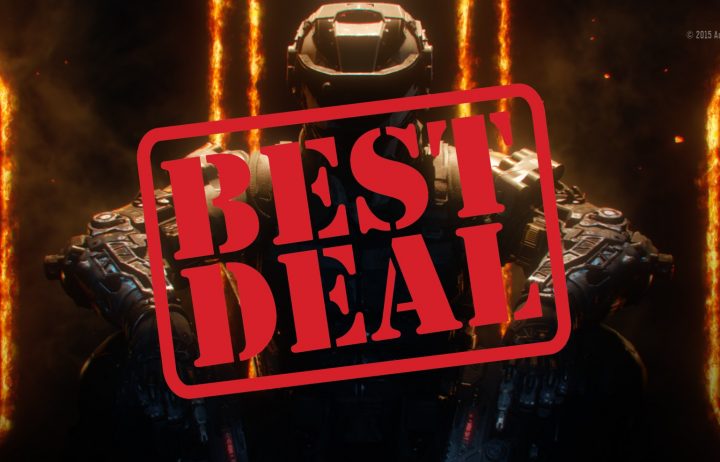 Here are the best Black Ops 3 deals you will find.

We rounded up the best Call of Duty: Black Ops 3 deals to help save you money and get you on the latest consoles in 2016. We’ll update this list as new deals come out

With the Xbox Ultimate Game Sale that started this week you can save big on the Black Ops 3 for Xbox One.

That’s a great deal even this late in the lifecycle of the game with Black Ops 3 DLC 3 coming in July and DLC 4 this fall.

GameStop currently offers $10 off the Xbox 360 and PS3 versions of Black Ops 3. Even though this is tempting, there are reasons to avoid buying Black Ops 3 on PS3 and Xbox 360.

Gamers can save a few dollars on the game buying a used copy, but the game is cheaper new at other stores on PS4 and Xbox One.

GameStop also sells the new Call of Duty: Black Ops 3 PS4 Bundle that is $349 with a 500GB PS4, a controller and Black Ops 3. This bundle includes Nuk3town, and with PS4 you get access to the Black Ops 3 DLC 30 days before Xbox One or PS4.

If you are a Best Buy Gamers Club Unlocked member you can save 20% off on the gam, but there are no other big deals.

Find all the Best Buy Black Ops 3 deals on this landing page. Gamers Club Unlocked is $30 for a two-year membership.

There is one main source for PC Black Ops 3 deals, offering savings off the standard price of the game.

If you buy on CD Keys you can redeem the key in Steam and it will show up in your library.