For three years, gaming laptops have been a big part of the Windows landscape. When Microsoft discusses its Windows 10 operating system, it is usually talking about some cool feature it added that Xbox on Windows 10 gamers will love. HP, Lenovo and Dell are all still fighting for the top spot on PC sales charts. Their line-ups always include gaming laptops with processor upgrades and looks that are very different from the rest of what they sell.

Gaming is more lifestyle than activity at this point. When you choose to play games on a PC, you’re choosing a very different hardware experience from what others have. Buyers of gaming laptops care about what ports are on their PC. They want to know that they’ll have the best visuals possible for their games. 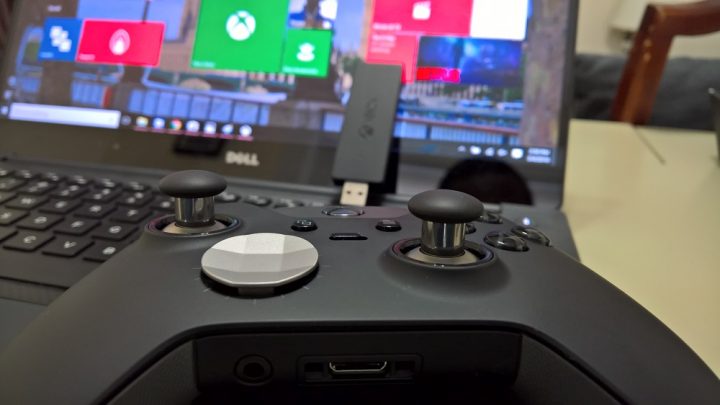 Of course, every piece of technology worth buying involves compromise. In exchange for better visuals, buyers of gaming laptops have to make do with things others wouldn’t stomach. Because graphics are a huge concern, laptop makers have to stuff additional hardware into a device that’s still portable. They also need to account for features that they wouldn’t otherwise have to. For example, backlit keyboards are inside expensive laptops meant for productivity too. Where portable gaming machines differ is color. Backlit gaming laptops have keys that offer more than one color. The software installed on them lets gamers change their hue.

The best gaming laptops all struggle to balance high-performance hardware that allows you to play video games at any resolution, style and extra features that you’ll love.

What Makes for the Best Gaming Laptops?

What are Backlit Keys?

Backlit keys are seriously popular with laptop users. They allow users to see what keys their fingers are on in the dark. The more sophisticated gaming laptops have lights under each key that can change color or be turned off. Basically, you use the system to get an at-a-glance look at where your fingers should be when playing your favorites. The software that controls backlit keys is installed at the factory. Every PC maker offers backlit keys with gaming customization. Expect these systems to cost more.

What are the Best Processors for Gaming?

Figuring out which processor is best for your gaming laptop is crucial. The most powerful processors that you can find will harm your battery life, but give you the horsepower that you need to play games that heavily depend on a CPU at higher settings. Intel Core i7 processors offer the best experience possible.

The truth is that you don’t absolutely need an Intel Core i7 processor to get a great gaming experience. Intel Core i5 processors are great for gaming too. What’s more, you shouldn’t find yourself as constrained by battery life as you would with a Core i7.

You don’t have to have an Intel processor at all, actually. You can save some money by going with an AMD processor instead of an Intel processor. The same games will work on either. Dell, for example, charges $150 less for its AMD gaming laptops than it does Intel models.

What are the Best GPUs for Gaming?

As for the best graphics processors for gaming, laptops are constrained. Stay away from any PC that has Intel HD or Intel IRIS graphics only. These are integrated GPUs, not discrete GPUs, which is what you need. Ideally, your graphics processor will have at least 4GB of dedicated RAM.

Backlit keyboards, GPUs and processors are important. There are other things to keep in mind though. Before deciding on a machine, look for details about how much it weighs. After all, you’re probably interested in gaming laptops because you want a portable setup. Make sure you are comfortable with the weight of your new machine.

Second, pay close attention to the resolution of the display inside the laptop you buy. Gaming on an HD display requires less horsepower than gaming on a 4K display. As with any laptop, make sure you have all the right ports for connecting to your mouse, monitor, headset and other accessories.