In this guide we’ll share a list of the best Nintendo Switch games. Whether it’s a return to a franchise you love or a hot new title like Fortnite, we have something for everyone. If you love your portable console or want to get one in 2018, these are the best games for the Switch to help you get started.

Like most Nintendo consoles, you’ll find some excellent exclusive games that aren’t available on any other platform. Whether that’s Legend of Zelda Breath of the Wild, Super Mario or Mario Kart 8.

That said, the Switch also has a growing collection of fantastic games from 3rd party developers, which is something other Nintendo consoles don’t enjoy. From Fortnite to Skyrim, or even the crossover Rabbids Kingdom Battle. The Nintendo Switch has plenty of options you’ll love. 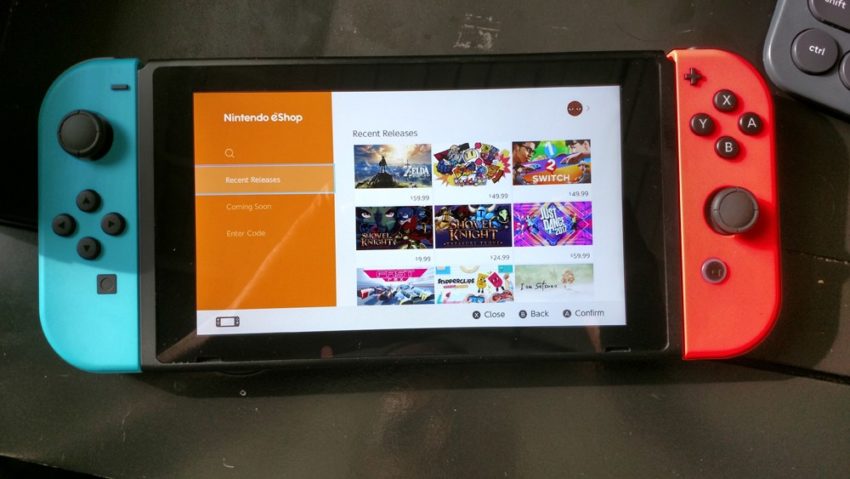 These games will keep you entertained for hours on end, give you some nostalgia, or show your kids what you loved back when you were younger. Basically, we have a little of something for everyone. Whether that’s NBA 2k18 or Kirby Star Allies.

Then, as we saw from Nintendo at the E3 gaming convention, there are plenty of exciting titles coming in 2018-19. Games for the Nintendo Switch you’ll absolutely love once they arrive.

Whether you’re playing this hybrid console on the couch at home, or on the go, these are the games we can easily recommend. We’re constantly trying new Switch games, and we know which ones are the best. Then, 2018 has a lot in store so check back often for the latest titles. We’ll update this list with each new Nintendo Switch game released.