The big October Clash Royale update is finally live after months of waiting. This is the biggest update ever, according to the developers. Supercell added new quests, challenges, game modes, and rematches. Here’s what players need to know as they prepare for battle.

After a few small updates in August, something big just arrived for Clash Royale fans. Balancing out the game was a huge priority, but that isn’t all. We received a slew of fresh new quests to help players advance in the game.

A big problem with Clash Royale is gold, gems, and leveling up in the game. Past updates tried to fix this problem, but the October update is finally a push in the right direction. If you stopped playing, here are all the changes that should get you excited about Clash Royale again.

First off, every update starts with balance changes and adjustments to keep the game fair and balanced. And while things are starting to get stale, and boring, these should shake things up. These are the card changes that will drastically change gameplay, then we’ll detail the new additions below. 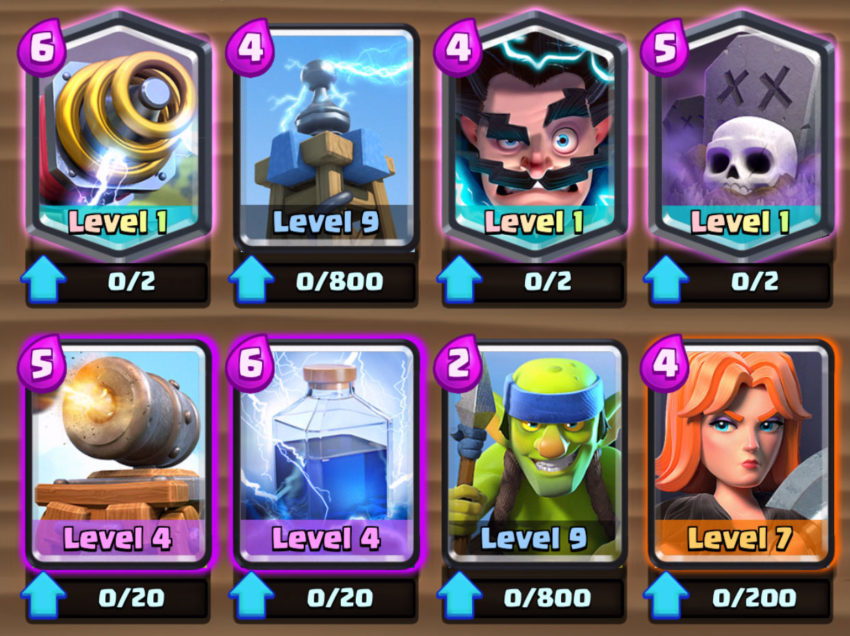 Additionally, Supercell fixed a few problems with the Mega Knight and Bandit in terms of dash and jump distances. Along with improving troop pathing, and troops getting stuck behind the Cannon Cart.

For months on end, players have asked for a better way to earn gold, elixir, new cards, and just progress in Clash Royale. That’s finally here starting in October. As you saw in the video above, Quests are now available with dozens of way to earn content in-game.

Players will be able to earn epic rewards by completing daily quests, and more importantly, weekly quests. Some are easy and only take a few battles, while others require grinding out battles day after day for an entire week. Head to the new Quests tab in Clash Royale to see everything available and start working towards new goals today. 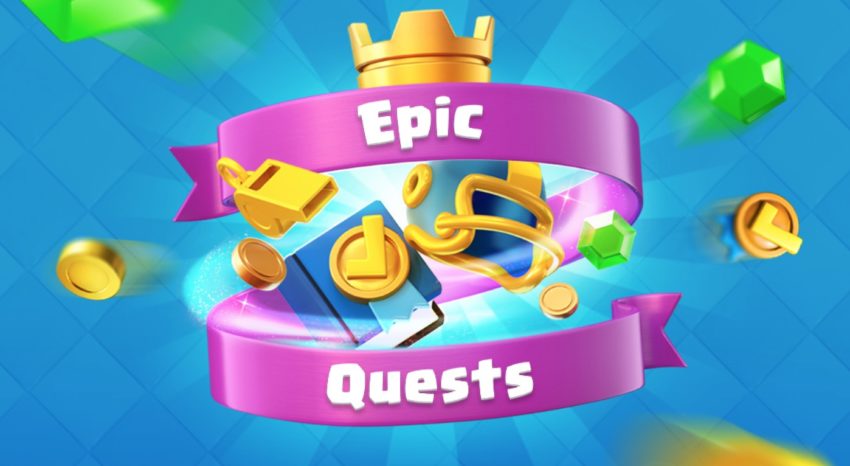 Another big aspect of this update is new game modes. Supercell is kicking things off with essentially a brand new type of game, called Touchdown. This is a completely new style of Clash Royale. No buildings, no towers, just get troops to the end zone as fast as possible. It’s more difficult than it sounds. Try it in-game today.  Then, there are new events where players an earn tons of gold and gems just for playing.

Each 2v2 battle (and regular battles) now has a “rematch” button after the battle is over. You can exit, start a rematch, or go into chat and trash-talk your opponent. We’ve asked for a rematch button for over a year, and now it’s finally available.

In the future, likely after the Touchdown challenge, a new “Mirror Battle” mode will arrive. This gives every player the exact same deck to truly test your skill. No more excuses, aside from card rotation, of course.

And finally, Supercell added some “quality of life” improvements to the game. Some of those include being able to share and copy decks from outside of the game. A revamped shop with more options, daily deals, and a free Epic card every Sunday.

Last but not least, expect some new cards and troops in the near future. Supercell changed the entire layout for new cards, and when they arrive it will be a complete surprise. Instead of hints, teasers on YouTube, and challenges. We’ll have to wait and see what they have in store.

While you’re here, check out these 2v2 decks, tips, and tricks.