It’s time to look into the future and help you understand what Call of Duty: Black Ops 3 players can expect from Activision and Treyarch during the rest of 2016.

With the game halfway through a development cycle, two DLC packs out and many huge updates on consoles Black Ops 3 is not the same game that shipped last fall.

As we near the end of April, here is a new look at what you can expect from Call of Duty: Black Ops 3 in the rest of the year, even as some attention shifts to Call of Duty 2016.

During a busy fall of video games, Call of Duty: Black Ops 3 arrived on PS4, Xbox One and PC to deliver what is arguable the best Call of Duty experience on this latest generation of consoles.

Black Ops 3 combines vertical movement that is a staple of current first person shooters, with special weapons and powers in a well balanced, fun, fast paced game that scratches the itch many gamers had in 2015.

Some consumers are still longing for boots on the ground Call of Duty, but you shouldn’t expect a major change for Black Ops 3.

As we move into 2016 we want to look at the important details that gamers need to know. 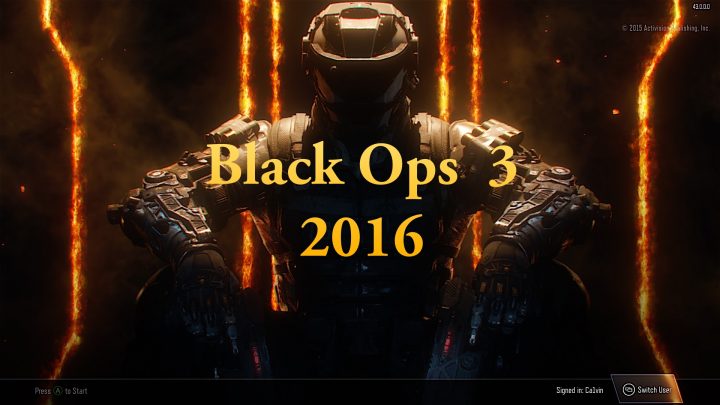 We know part of the plans for Call of Duty: Black Ops 3 in 2016 and we’ll also blend in opinion and speculation about where the game will go over the next 3 to 9 so that current players and prospective buyers know what to expect from the game.

Although there is also a PS3 and Xbox 360 Black Ops 3 game, but it does not feature a single player mode, updates are slow and it does not get all the DLC. In short, it’s not a game that most people should buy.

As 2016 continues, we want to outline what we know from Treyarch and Activision, what Call of Duty: Black Ops 3 players and buyers need to know about the game and where it looks like the series is heading.