This is the third type of Double XP style weekend that we’ve seen in Black Ops 3, and it will allow players to earn Cryptokeys faster, which they can use to unlock Supply Drops that contains camos, taunts and more. 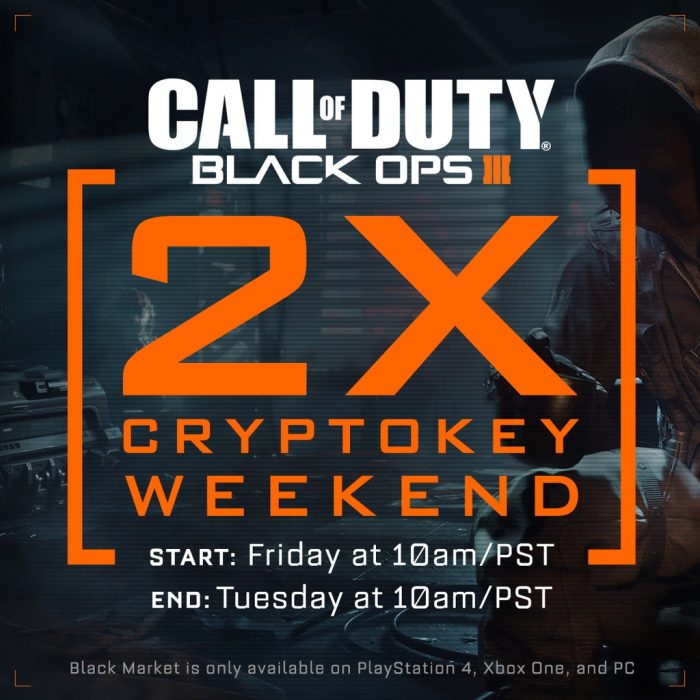 What you need to know about the Black Ops 3 2XCryptokey weekend that comes instead of a January Black Ops 3 Double XP weekend.

To take full advantage of this January Black Ops 3 Double XP style event, there are some things you need to know. Here’s how you can earn Cryptokeys faster in Black Ops 3.

With those tips in mind, a lot of people want to know what game mode to focus on this weekend. There is a lot of discussion about this, but the modes we will be playing to load up on Cryptokeys this weekend are;

Ultimately you will earn more when you win, so even if you need to play longer games, it may be worth it if you consistently win.

With the special Double Cryptokey weekend in January you can earn the in-game currency twice as fast as normal. These are the in-game currency, and it is exciting to see that Treyarch was able to deliver this now that there is also an option to buy Call of Duty Points that allow you to buy Supply Drops instead of earning Cryptokeys. 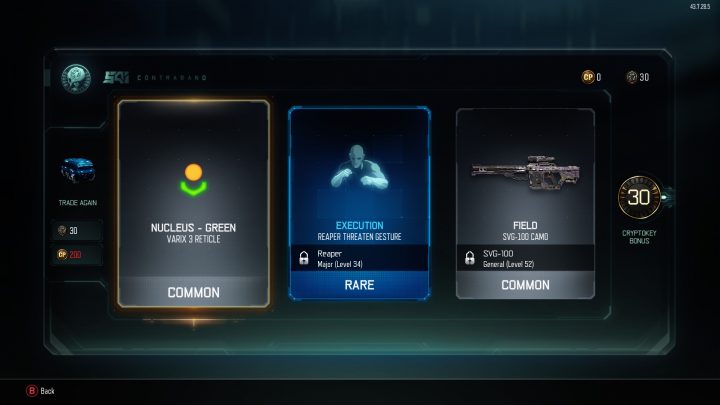 Use Cryptokeys for Supply Drops.

This is likely why David Vonderhaar, Studio Design Director of Call of Duty: Black Ops 3 for Xbox One, PS4 and PC recently told gamers that Treyarch was negotiating for new Double XP events. Vonderhaar exclaimed, “Can’t even tell you how many messages I sent you trying to get this done.” on Twitter, announcing the event.

When you are ready to spend your Cryptokeys, the best use is on Rare Supply Drops, which offer a better return than Common Supply Drops.

Also this weekend Treyarch is raising the Team Death Match score limit to 100, which could influence the game mode you choose to play during the Double Cryptokey weekend.

The event comes as we are still waiting for a major January Black Ops 3 update that could fix map rotation issues and just ahead of the Black Ops 3 DLC release for PS4.