The gaming community is in an uproar over the new Call of Duty: Black Ops 4 DLC plan. This is what is happening, and why gamers are angry at Activision and Treyarch.

Instead of a traditional Call of Duty: Black Ops 4 season pass with four map packs, we’re getting the Black Ops Pass which will deliver more updates through the year instead of in packs. 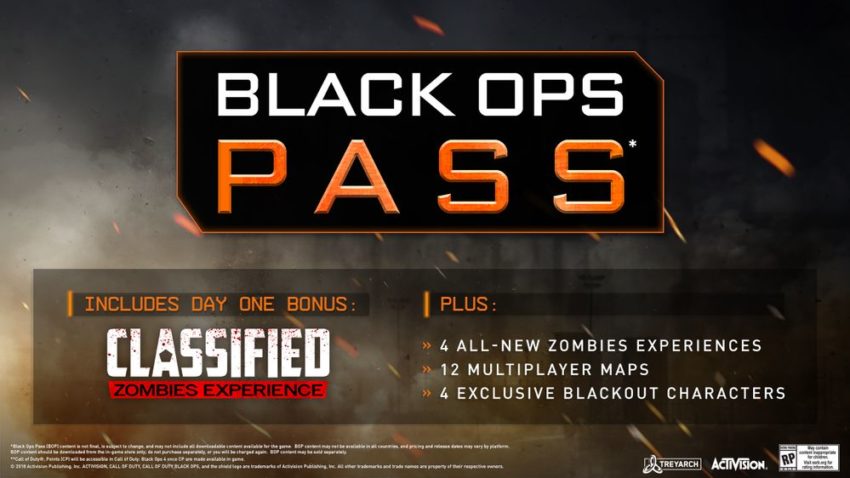 You cannot buy the DLC individually, which means gamers will need to buy the Black Ops 4 DLC as one package instead of picking and choosing what they want.

There are two major reasons that this is angering gamers in the Call of Duty community.

First off, it goes against the trend to support games with free maps that we’ve seen with Battlefield V and The Division 2. There were some rumors that this would happen with Call of Duty: Black Ops 4, but that is not the case.

The second reason gamers are angry is the concern that this will split the Black Ops 4 gaming community post launch, making it harder to find games and leaving some maps abandoned.

On Reddit complaints are stacking up, including one from peachyfourlife, who writes,

“I am a HUGE Black Ops fan (not just Call of Duty but Black Ops) but this is unacceptable. After announcing no single player (and im a big fan of the story from all three campaigns) I had my doubts about buying this game. But no FREE dlc?! You want me to pay an extra $50 (and yes we know it’ll be $50) for 12 maps that should already be on the freaking game. This will be the first year since Modern Warfare on my PS3 that I will NOT be paying for your game. You’ve become greedy with money Activision and you don’t deserve mine or anyone elses until you fix your broken battle Royale game.

Another user who says they’ve been playing Call of Duty for over 16 years writes,

“Hey Activision, you should stop living in the past! You need to stop the season passes and give something to the community that isn’t all about supply drops, small items, etc. You should give all the DLC to everyone for free!

You gotta stop splitting the community.”

Treyarch is listening and offered the following reply to the uproar.

“Gang, The week of E3 is always exciting and crazy busy. Visitors to the show are playing the PC version of #BlackOps4 in the Activision booth, and it’s great to see the lines of eager folks wanting to get their hands-on time.

I want to make it clear that we are very much listening to your thoughts, comments, and ideas. We know the r/ community is passionate and vocal, and it’s a place where we sincerely want to have a two-way conversation.

We are absolutely committed to supporting the entire community with a slew of free, post-release content that will extend the Black Ops 4 experience with more new ways to play than we’ve ever done before. With Black Ops 3, we’re three years after release, and we continue to support it with new content and continuous updates – and we’re not even done yet. Our commitment to the game has maintained engagement…and Black Ops 4 has far more post-release updates planned for the entire community. In fact, it’s a game that was built for expansion. Launch day is just the beginning of a long journey.”

In the comments gamers are not pleased with the response. There are calls to Activision and Treyarch to make a change. With pre-orders already underway, it is unlikely that we will see a complete reversal.

Compounding the issue, there is no mention of the Black Ops 4 DLC price if you don’t buy a special edition. This will likely be $49.99, as it has for Call of Duty Season Passes for years.

In the FAQ, Activision only says that gamers can upgrade to the Digital Deluxe or Digital Deluxe Enhanced versions through their console or Battle.net. That’s a $40 price difference from the standard edition.