This is what we know about the new Call of Duty game that is coming from Treyarch.

The Call of Duty 2018 release date is October 12th. That is way earlier than normal and it could be due to pressure from PUBG and Battlefield V.

This is a Friday, and it means that this is an early release compared to most games. You don’t need to buy a special edition to play early.

Count on a midnight release on digital platforms and at retailers like GameStop and Best Buy.

Best Buy already confirms which stores will be open at midnight, and as a bonus, you can buy it at 9 PM Pacific on Thursday October 11th, so that you can play at the same time as people on the East coast. Not all stores will stay open late, so check before you pre-order.

There are no GameStop events listed yet, so you should check with your local store if you want to play at midnight.

You can also buy the digital edition, pre-load the game and play as soon as 12:01 AM Eastern hits. 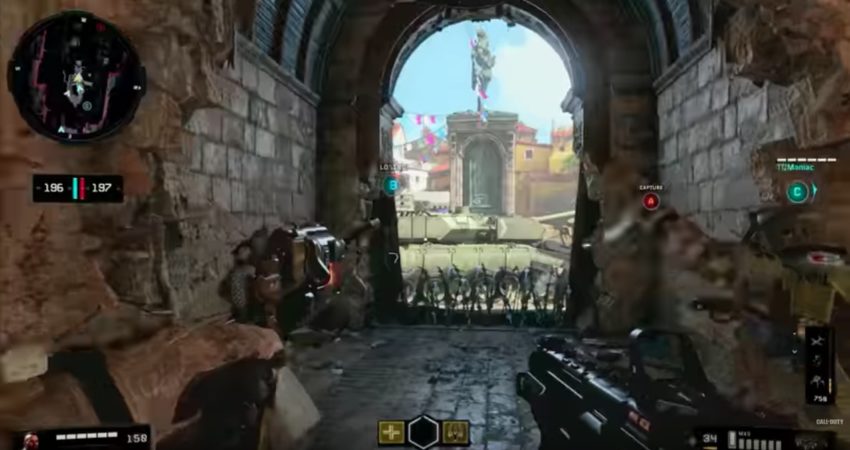 Call of Duty: Black Ops 4 takes place between Black Ops 2 and Black Ops 3. This is a modern setting that is fast paced. There are specialists that carry over from Black Ops 3 and the game is a fast paced shooter. This is not a slow boots on the ground experience like we see with Call of Duty: WW2.

There are no jet packs or boost jumps. You can still slide and there are some gadgets like the grapple that your specialist can use to quickly move and attack. This is a guns up Call of Duty, so you can fire while you vault, run slide and use abilities. Treyarch designed the weapons around the time period with a wide range of in hand guns and special abilities.

We saw several Call of Duty: Black Ops 4 maps in the multiplayer reveal. We don’t know exactly how many maps there will be, but since there is no single player mode, we could see more maps at launch.

The Pick 10 system is back with one slot for a special ability. There are also perks in Call of Duty: Black Ops 4. One big change is that the Black Ops 4 multiplayer is now 5 vs 5 for standard game modes. The new maps are small to medium sized to better handle this player count.

If you want larger maps you will want to play the Call of Duty: Black Ops 4 Blackout mode which is a sprawling map with settings from throughout Black Ops and vehicles on land, sea and air.

Treyarch is best known for three lane map designs. While other developers stick with this style on many maps, Treyarch is the best at delivering this style and it should lead to a nice mix of maps for the game.

We now know that you will get Nuketown in Black Ops 4 as a free map in November.

There is a Black Ops Pass, which is the new Season Pass. This includes a new Zombies map at launch, 12 Call of Duty: Black Ops 4 maps, 4 Blackout characters and 4 additional Zombies experiences.

Instead of delivering the content in four specific releases, the Black Ops Pass will deliver content more often in smaller bites throughout the season.

If you buy this, you also get the Classified Zombies map free as a bonus.

Treyarch confirmed a Call of Duty: Black Ops 4 Battle Royale mode known as Blackout. This takes place on a map that is 1,500 times bigger than Nuketown and it will force you to battle to be the last man standing.

Described as unique and something only Black Ops could do, this new mode will bring the fast paced, polished, combat from Call of Duty to a Battle Royale mode. During the introduction Treyarch studio director David Vonderhaar describes Blackout as something that combines the signature controls from Black Ops with fast paced action and the best mechanics.

In this mode you will be able to drive vehicles on land, in the air and in the water. We expect to see more about this in the near future.

There is a Blackout beta coming in September after the initial Call of Duty: Black Ops 4 beta period. 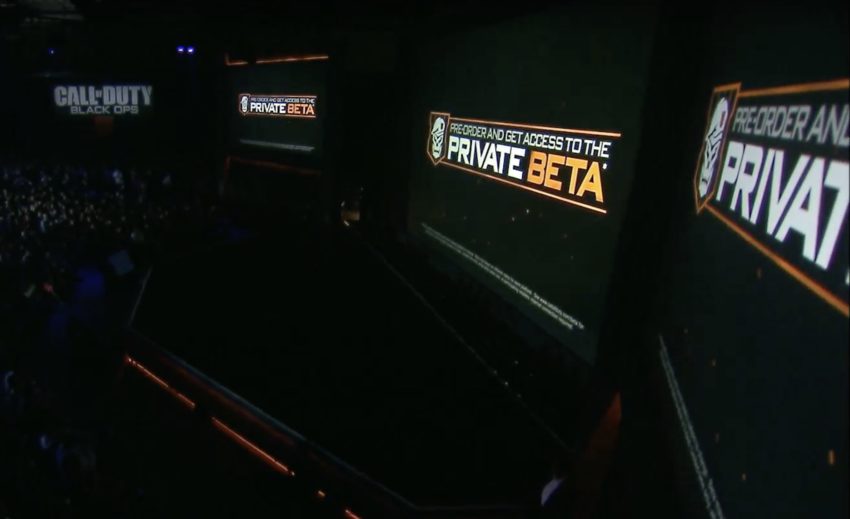 There is a Call of Duty: Black Ops 4 beta later this year.

The first weekend is PS4 only. The second weekend is open to PS4, PC and Xbox One players.

The developers  use this to fine tune weapons and maps for the official release. The PC version starts on August 10th for pre-order players, and is open to all PC players for the other days.

There are already many Black Ops 4 deals that allow you to save up to $22 on the new Call of Duty when you pre-order. These deals aren’t going away until the release date, so you don’t need to commit just yet.

These are the best prices you will see until Black Friday 2018 when the game will likely drop to $38 without any memberships. 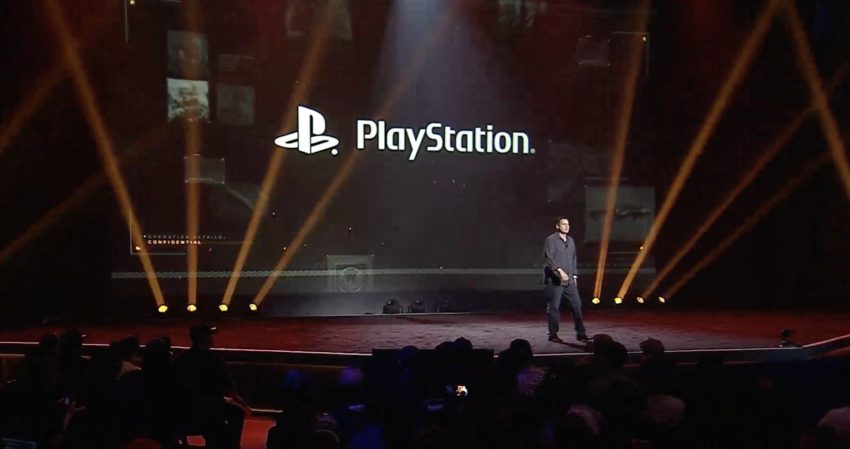 PlayStation was a major part of the event.

You can count on seeing Call of Duty 2018 on the PS4, Xbox One and PC. Expect enhanced versions on the Xbox One X and the PS4 Pro. It’s too early for a PS5 version of the game to be in the picture.

Treyarch is partnering with Beenox to make Call of Duty: Black Ops 4 for PC better than previous installments. This version will be built ground up for PC players and will be exclusively on Blizzard Battle.net.

For the past three Call of Duty releases Sony was the primary partner, which meant DLC and the beta arrived first on the PS4. While not officially announced Treyarch thanked Sony on stage and the hands on gaming at the event took place on PlayStation systems. Sony keeps the early access for DLC and the beta.

Treyarch is known for the Zombies experiences and they are back in a big way this year. From the special Mystery Box edition that is haunting to look at and packed with Zombies stuff, to the huge amount of Zombies content that is coming with the game and with the Black Ops Pass — there is a lot of Zombies.

The latest is the bonus Classified map, which Jason Blundell, the Zombies Director tells us about on the Activision Blog.

But Ultimis crew we have not touched in a while. The Ultimis crew is really more stereotypes of their characters: there is a lot more boasting, a lot more breaking the fourth wall and talking to the player, and we’ve not used them in quite a long time. They are also the gang that we saw in Zombie Chronicles because that featured a remake of those very old maps. So, we saw them a little bit, but we’ve not made a new Ultimis story in many, many years. This is the first one in a while.

It also allows us to do some fun stuff. Back when Pentagon was done back in the original Black Ops, it was very much made as a one-off map. It was a novelty map. It was a different kind of experience because it featured Nixon, Kennedy, Castro and McNamara and those kind of guys. It was a one-off map made for novelty, but as time went on, we had to solve the question of where did that sit in the big story? And to do so we had to write a lot of assumptions. “Okay, this is what happened.” And we’ve been using that to educate the decisions we’ve made in the storyline, but we’ve never actually told the story of, “Why were the zombies in the Pentagon? What did that have to do with the major storyline of the game?”

So, we’re actually now able to come back now and spell it out. I think the other thing that’s very exciting about that map is that there are a bunch of really big questions the community has had for many, many years, and Classified will finally answer them. There are a handful of answers that are big ones, and they will send some ripples through the community. Classified will stir things up a little bit.

You can’t play Zombies in the beta, but if you love it, keep an eye on YouTube where you should start to see more gameplay soon.