The first big update to the Clash of Clans Builder Base just arrived and added plenty of new content for gamers. Here we’ll discuss some of the most important changes, what’s new like the Night Witch, and what to expect from Builder Hall 6. Not to mention new additions to the original game.

Supercell added the Builder Base to Clash of Clans in May, and since the release gamers have voiced their frustrations. From not having enough troops, the battle limits that slows down progress, to game balance and more.

And while some of that changed, the update is mainly geared at new content and Builder Hall 6. We aren’t expecting some of these early problems to get solved right away. Still, this is an exciting update you’ll want to know about.

Sadly the “loot limit” isn’t going away anytime soon, and one of the best features, the Clock Tower, lost 50% of its abilities to slow down game progression. There are other changes and a few update features that got removed at the last minute. Click here for more details. 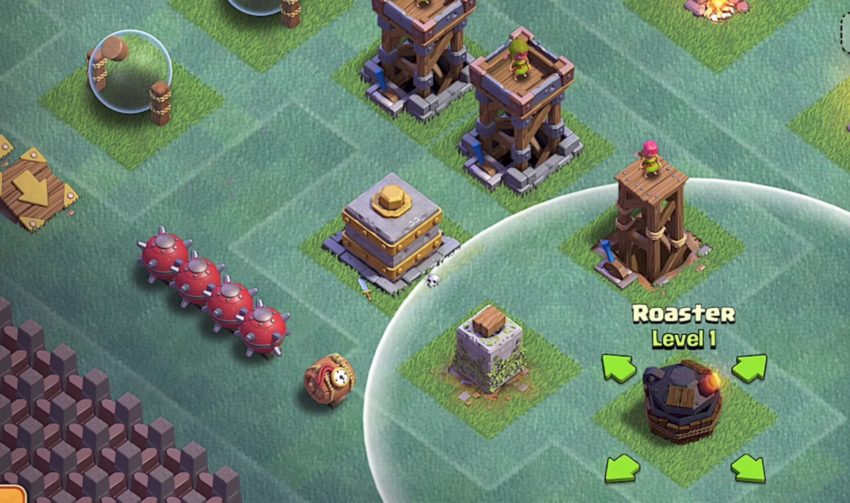 Additionally, Supercell is adding more defensive buildings and traps to help balance gameplay, as if attacks weren’t hard enough already. Below is a list of all the new builders coming in BH6.

One of our favorite features in the Builder Base is the Clock Tower. A building that speeds up progress throughout the entire game. Supercell felt it had too much value and cut down on its effectiveness. However, the cooldown period is 7 hours instead of 8, so players can use the Clock Tower three times per day.

Other Builder Base 6 Updates

Another exciting new feature is “Watch Live” which will allow players to watch attacks on their base live in real-time if they finish the battle first. This is one of the most requested features. Then, expect these other small changes.

YouTubers had early access to many of these changes, along with live gameplay footage of the two new troops Night Witch and the Roaster. Take a peek below and try them yourself at Builder Hall 6.

A big problem with the Builders Base update and this upcoming update is the lack of new content for the original game. Millions of players love Clash of Clans and have enjoyed it for over 3-4 years. Thankfully, Supercell did a big round of balance changes, lowered upgrade times, and cut costs in the original game.

Supercell announced a June balance change update for Clash of Clans, and here are all the details. There are tons of discounts on prices and upgrade times, new troop and building levels, and changes to offensive cards. However, there are no new troops or defenses for players.

This update arrived on June 27th and is available now in the Google and Apple App stores. This requires a full update to the game. Additionally, some small user interface tweaks were made for Android devices like the Galaxy S8 and some Clash bugs fixed. Give it a try today.