The first big Clash Royale 2019 update arrived in January and we’ll go over everything gamers and their clans need to know. Supercell added some balance changes, a brand new arena, new cards, and several game modes to kick off the year.

Aside from the last round of monthly balance changes our last update was back in November of 2018. Basically, this is an important and much-needed update for Clash Royale. Here’s what’s new and what to expect. 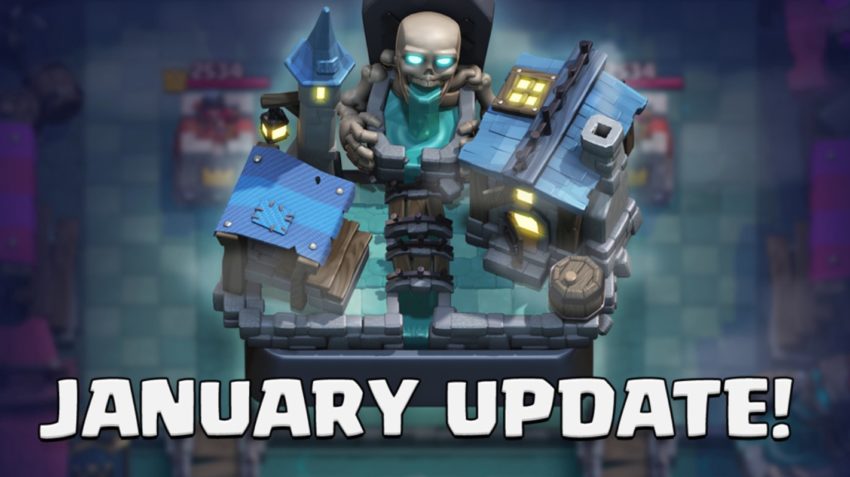 Those are the highlights, and below we’ll break down each category for those interested.

In case you missed it, back on January 7th Supercell made major changes to several popular cards. That’s why everyone is using the Valkyrie lately. The developers made the heal spell cost only 1 Elixir, made the Magic Archer shoot faster, increased valkyrie hit-speed, and much more.

You’ll notice a stronger Goblin Giant, a range increased from 4 to 5 tiles for Sparky, and a decrease in damage or performance from the Battle Ram and Barbarian hut, to name a few. Here’s the full changelog. 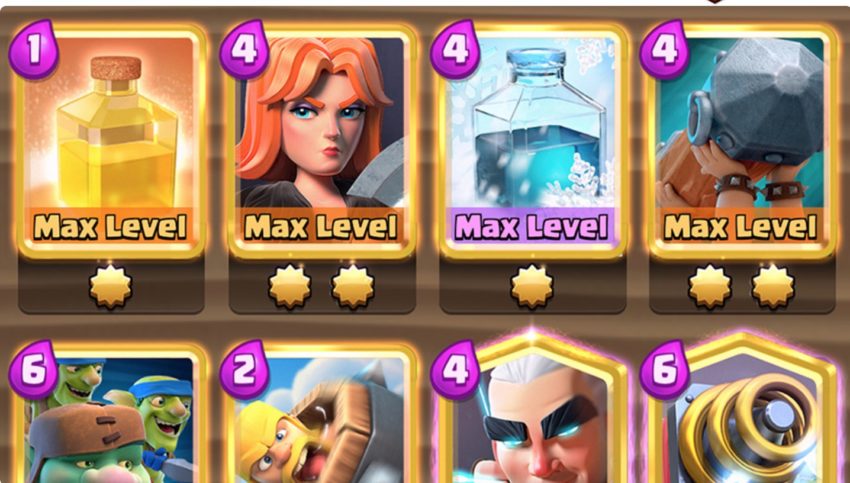 It’s not Halloween, but it sure feels like it with the newest Arena in Clash Royale. Supercell added “Spooky Town” at 3,600 trophies to help separate Legendary arena from other arenas in the game. This gives players a fun new area to play, especially if they’re constantly stuck just short of Legendary.

That last one is good news. Those that grind all the way to 4,000 trophies now get more cards and gold for their hard work.

We’ve wondered if Supercell would ever add some sort of defensive troop that throws up a wall to slow down the Hog, Royale Hogs, Ram Rider or Battle Ram, and now we have a feeling that might be coming. The newest troop in January 2019 is Wall Breakers. We’re not sure what walls they’ll be breaking, but it could be a hint of things to come. Either way, here’s a quick video of this exciting new cheap troop.

As you can see, the Wall Breakers are very weak, like Goblins, but can deal massive damage if used correctly. They’ll be a great addition to zap bait decks, siege decks, and just about anything really. Plus, once the community gets a hold of them you can expect even more uses.

Additionally, Supercell added two new game modes, and the first one sounds absolutely insane. I’m just glad it’s Royale Hogs, and not the regular Hog. Here’s what you can expect from Clash Royale in February.

In closing, we wanted to highly a few other game and quality of life improvements with this update. Supercell claims trading will be easier now, as players can select up to 4 cards to give away when initiating a trade. Only one will be given away, but you can offer four at a time, to increase the chances of getting someone to trade with you.

And finally, the developers reshuffled several card unlocks throughout the Arenas. Meaning you might have access or randomly unlock brand new cards for the first time ever, which is nice. The Clash Royale January 2019 update is available as we speak. Get it from the app store and enjoy.