Google’s latest Android 10 software update is available on several devices and more are arriving each day. Once you get it, you’ll want to know about everything this 10th version of Android has to offer. This software will make your device better, faster and smarter. With that in mind, here are 10 of the best or coolest new features in Android 10 to help you enjoy your phone to the fullest.

Keep in mind that some of these are exclusive to the Google Pixel family of phones, as Google saves some of the best stuff for its own devices. Everything else on our list will come to all the most popular phones from Samsung, OnePlus, Huawei, Nokia and more.

Basically, you just got completely new software so here are our favorite quirks and features of Android 10, or things you couldn’t do on Pie. 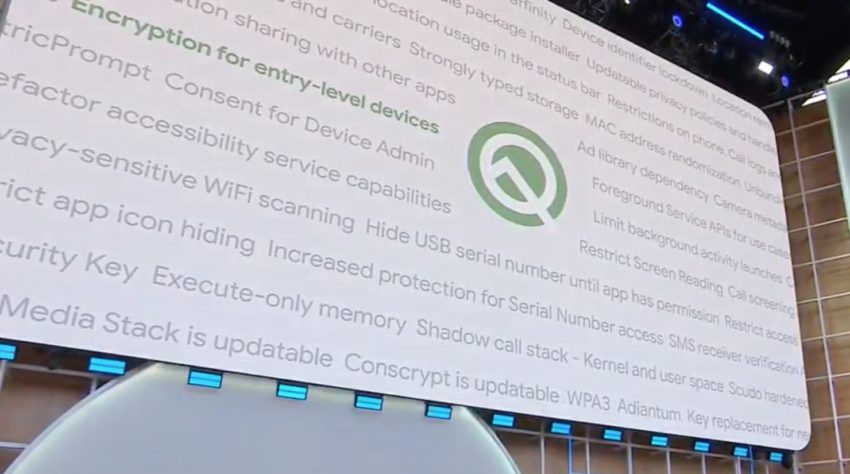 While there’s a lot that’s new in Android 10, these are some of the biggest or most important changes. No, they aren’t all super exciting or buzz-worthy, but they’ll make a big difference daily when it comes to usability, privacy, control, and enjoyment from your mobile device. Keep in mind that a few of these are only available on Pixel devices right now, but should eventually come to all of Android. 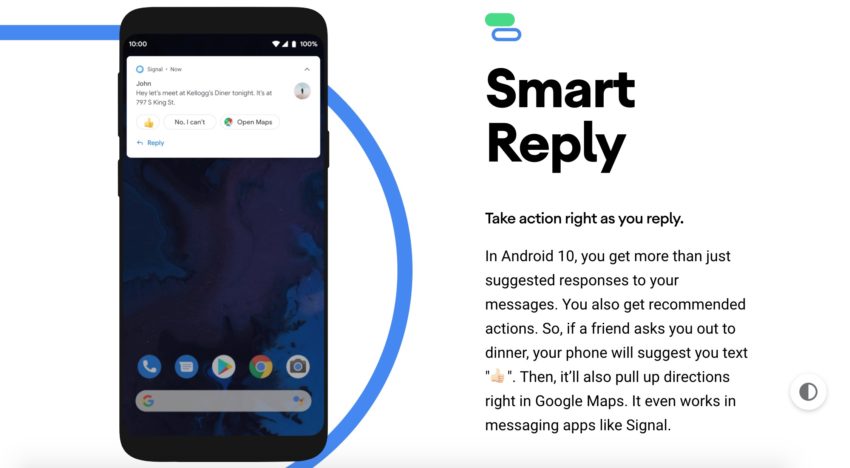 Android is getting smarter when it comes to replying to any and all communication, notifications or messages. Smart Reply isn’t completely new, but now they suggest actions and are better than ever before. So, when someone sends you a message with an email address, regular address, or a youTube video link you can instantly reply to it, open an address in Maps, or watch it on YouTube, from the app or even the pop-up notification and pulldown bar. This happened in some instances before, but now it works everywhere across Android or your favorite messaging app. 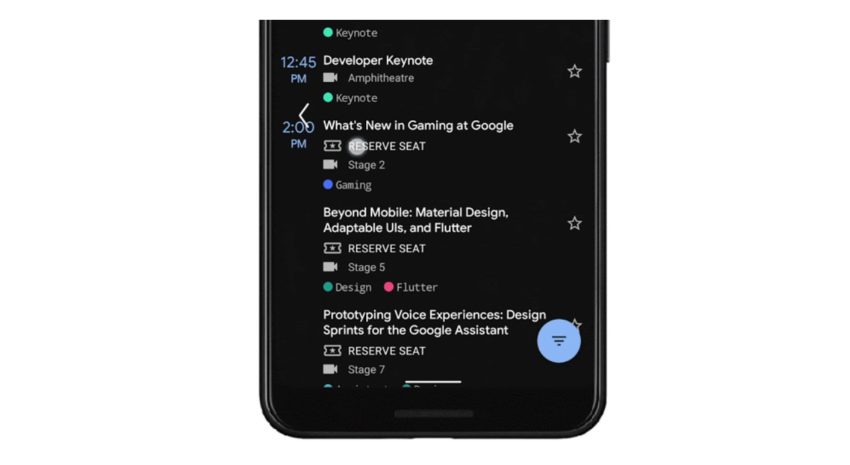 Well, I wouldn’t go as far as calling this “improved” but Google thinks the gesture navigation controls in Android 10 are better than ever. But, with edge-to-edge screens being more and more popular it does kind of make sense. In Android 10 you can go back, pull up the homescreen, and fluidly move between tasks all with easy swipes and taps. And while brands like Samsung and OnePlus have their own gesture nav controls, most of them are giving users the option to use Google’s controls, or the manufacturers. 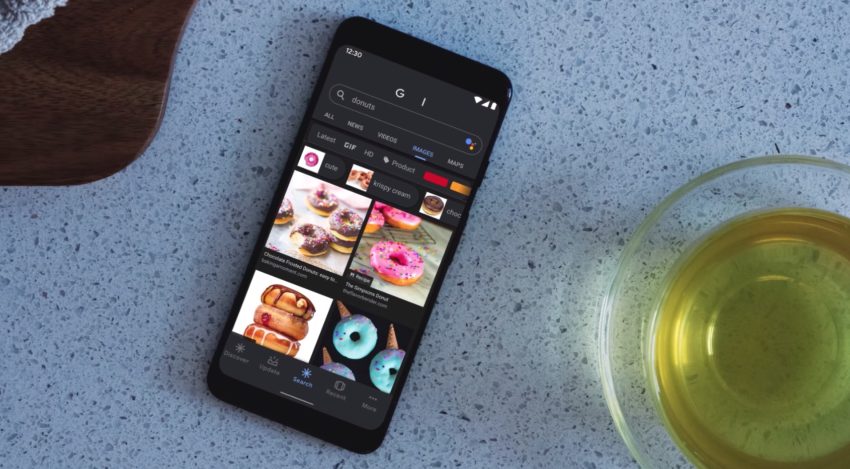 Finally, stock Android has a system-wide dark theme to help save battery life and go easy on our eyes. Furthermore, Google worked hard to add dark themes or “night mode” to almost every popular app they offer. You can toggle a system-wide dark theme, have it change based on the time of day, and enable it in your favorite apps. We’re now seeing this across Android devices, apps and services.

Unfortunately, this next feature isn’t quite ready for anyone and everyone to enjoy it, but it looks amazing. Live Captions is one of the coolest features of Android 10 and it had to be on this list. With a single tap, Live Caption automatically captions ANY video no matter where they’re from, podcasts, and even audio messages—instantly. Without ever needing wifi or cell phone data. It’s almost like magic. If you don’t have headphones but are on a busy train ride just turn this on and get captions for any and all videos.

Originally this only was an option on the newest Google Pixel 4, but near the end of 2019 Google added it to older Pixel devices, and we have a feeling it’ll roll-out to a broader amount of devices throughout 2020. 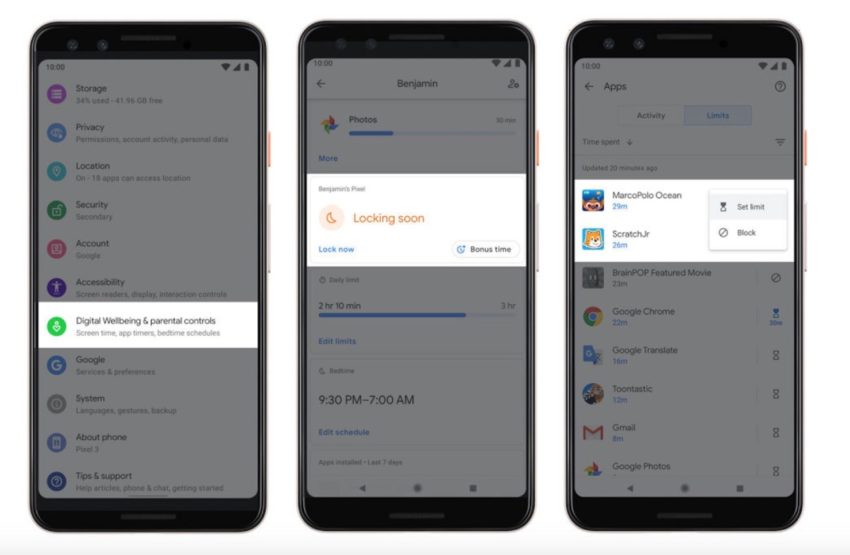 A new feature in Android 10 is Focus Mode, which is an expansion of Google’s digital wellbeing tools. With focus mode, you can get more work done without being distracted. Simply select apps you want to pause temporarily, and you’re done. You know which apps distract you the most, so quickly disable them so you won’t even be tempted personally, or from their notifications.

Disable focus mode after work, and then you can go back to Twittering, tweeting, or sliding into DM’s on the Gram. This is available to devices new and old as long as they get the update to Android 10. 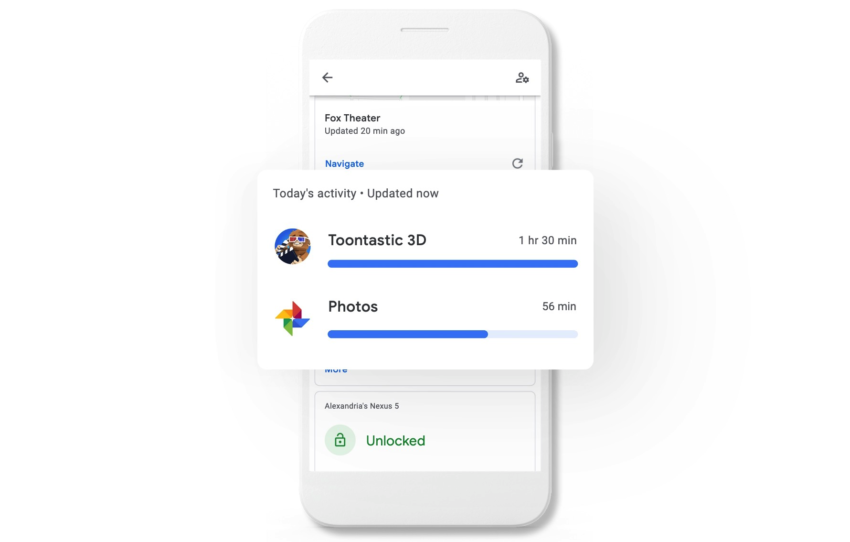 Not all screen-time is bad, but these days parents are so worried about kids always being on their phone or tablet, that screen-time is all they can think about. Family link gives parents more control over everything but also recommends good screen-time too. Use these tools to set digital rules like daily phone usage limits, a device bedtime, or limit time on specific apps. That last one is important. You can let your child use educational apps as long as they want, but limit something like YouTube to only an hour or two. You can also review how much time your kids spend on specific apps, then recommend something better to enjoy, like a learning program.

Everyone loves emojis, right? In Android 10 you’ll be able to enjoy at least 65 new emoji and likely even more in the near future. Not only that, but a lot of them are gender-neutral, race-neutral, or have more skin-tone options than ever before. Google added emoji that people have wanted forever. Like the cute little Sloth for your friend that is always late or moving slow, a band-aid, pets, an axe, or even people of all skin-tones kneeling, perfect for the NFL season. And we can’t forget about waffles, because waffles are delicious, and tacos. 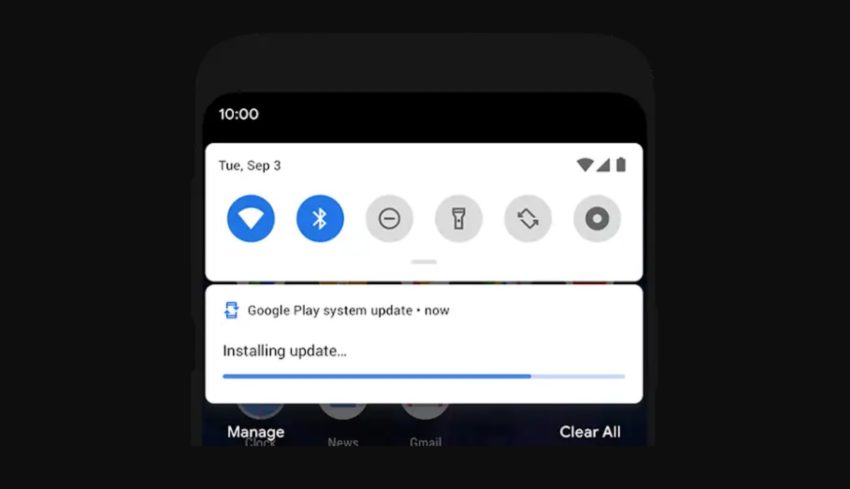 These days security, privacy, and location data are all extremely important, which is why our last three categories will all center around exactly that. While Android devices get regular security updates and patches, Android 10 will make this better than ever, even if the manufacturer doesn’t release updates very often, like LG.

Now, Google will be able to deliver important security and privacy fixes or patches directly through the Google Play Store. So, the same way you update apps and games will keep you safe and secure. Furthermore, the same technology behind this change will allow manufacturers like Qualcomm to upgrade things like graphics drivers (GPU) through the Play Store as well. Potentially making phones better and more efficient over time, between bigger software updates. 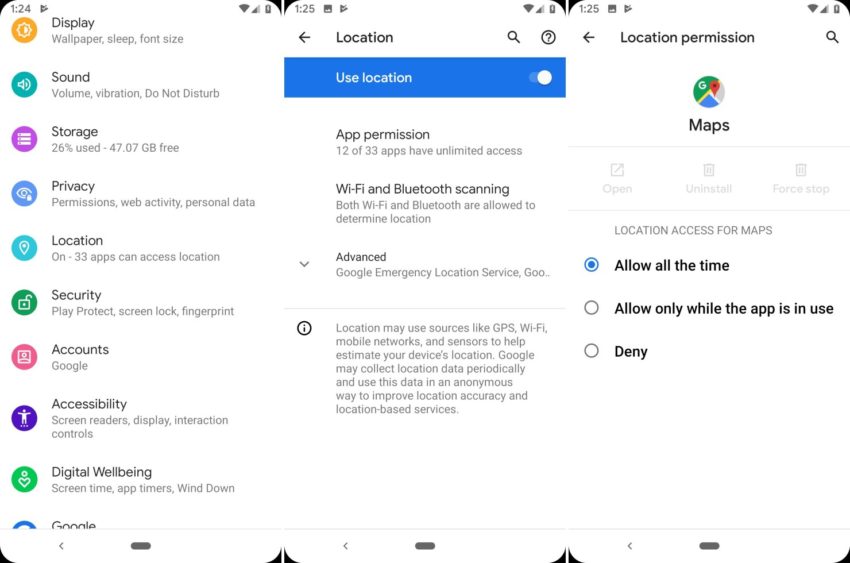 Location and tracking is a big concern as of late, and Google even had to talk to congress about its location and data-gathering systems. As a result, Android 10 will give users more control over this information than ever before. With Android 10 you can see exactly what devices or apps have access to your location. Furthermore, you can control WiFi and Bluetooth location scanning, grant or revoke permission to each app one at a time, grant access once only, or only give an app permission to see your location while you’re actually using the app, and only when you use the app. 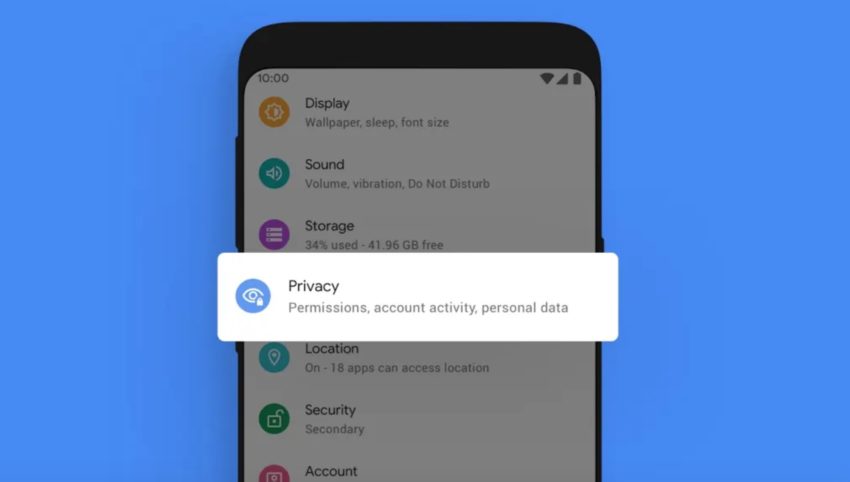 Again, there are dozens of awesome fun new features, controls, or aspects of Android 10. However, the last thing we want to focus on is the improved privacy controls. Similar to how users now have total control over location data, they have something similar in regards to privacy and user data.

With Android 10, users can control their personal privacy and data more than on any prior version of Android. There’s an entire “Privacy” tab in settings that gives you full control to decide what data is stored, shared, web or app activity, targeted ads, location data, and how long any of that stuff is saved, if at all. We can’t control everything, but it’s a start.

That’s just the tip of the iceberg. Google added new tips, tricks and features to the settings menu, camera tweaks, WiFi protocols, multi-tasking, support for folding displays, screen continuity, a bunch of new audio and video codecs and so much more. Then, manufacturers like OnePlus and Samsung added their own touch to Android 10 in an effort to make it even better. The Galaxy S10 has a ton of exciting new features on top of the ones we just mentioned.

As a reminder, Android 10 is only available for select devices, but more owners will get it throughout the first few months of 2020.