Its been several weeks since DICE released a Battlefield 1 update for Xbox One, PlayStation 4 and Windows PC.

Today, DICE has finally pushed out a brand new update for all three platforms bringing fixes, features and more ahead of the They Shall Not Pass DLC release in March. 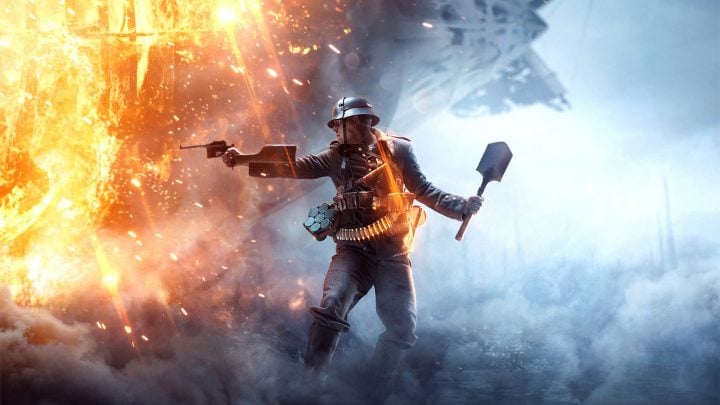 A new Battlefield 1 update is out now for Xbox One, PS4 and PC.

Here’s a look at everything you need to know about the Winter Battlefield 1 update including a look at early problems and fixes.

If you’re planning to play Battlefield 1 today you’ll be tasked with downloading the Winter update to your machine.

Now that the update is live, we know what’s included in this huge February update for Xbox One, PS4 and PC.

Two things that aren’t in the Winter update’s change log? Password protected servers and the ability to add additional people as administrators. It’s unclear when those will arrive but it won’t be this month, it seems.

The February update is more than just a collection of bug fixes. The patch also delivers some new features. Here’s a look at those. 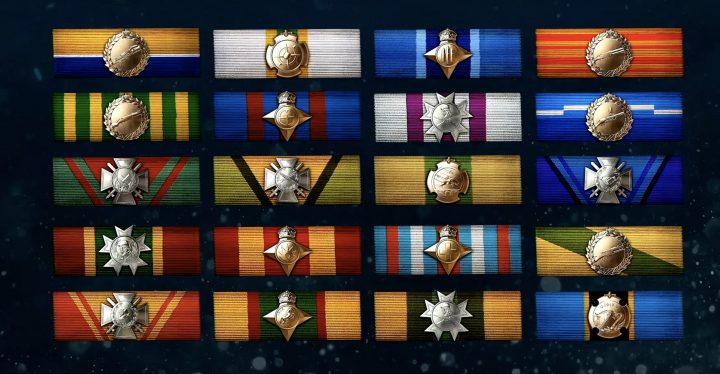 The patch adds a total of 20 different ribbons to collect. Each time you collect a ribbon you will earn 500 experience points.

As DICE notes, the “ribbons are designed to promote good team play and playing the objective.” The company also says that it’s open to adding new ribbons based on feedback from the community. 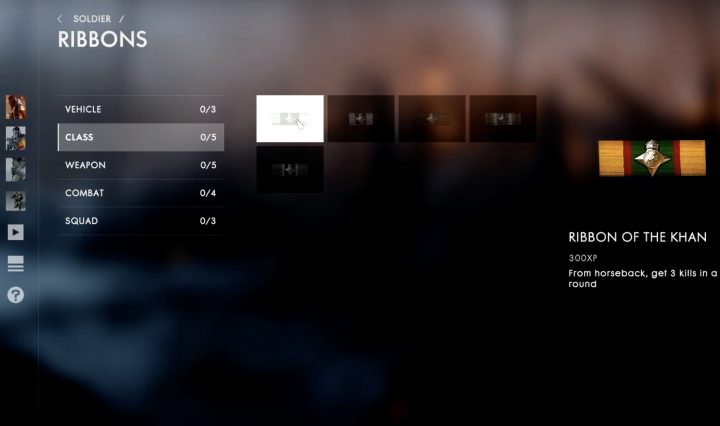 Thanks to the livestream, we know these ribbons are part of several categories including Vehicle, Class, Weapon, Combat and Squad.

The patch allows players to unlock Elite Codex for eight of the available primary weapons in the game. To do that, you need to get 500 more kills per weapon. 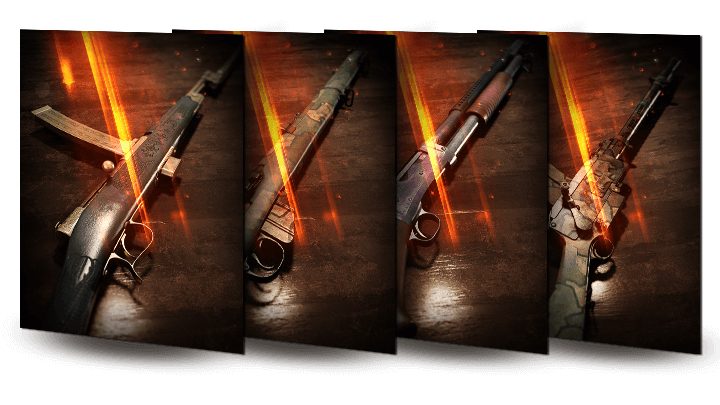 Once you get that done you’ll get an Elite Codex and a massive 25000 bonus XP which will obviously go a long way toward your rank.

The patch institutes a new class rank of 50. When you hit 50, you’ll be “granted some extra nice class flair in the kill card to really taunt your fallen foes.” 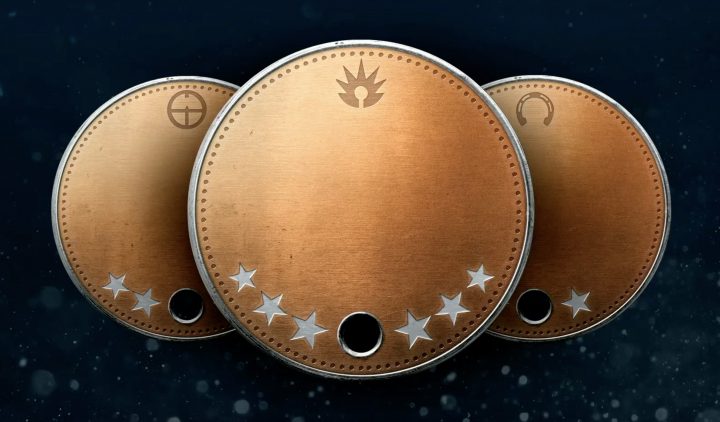 The update also adds some key features to Battlefield 1 servers including the ability to vote for the next map once a match ends. 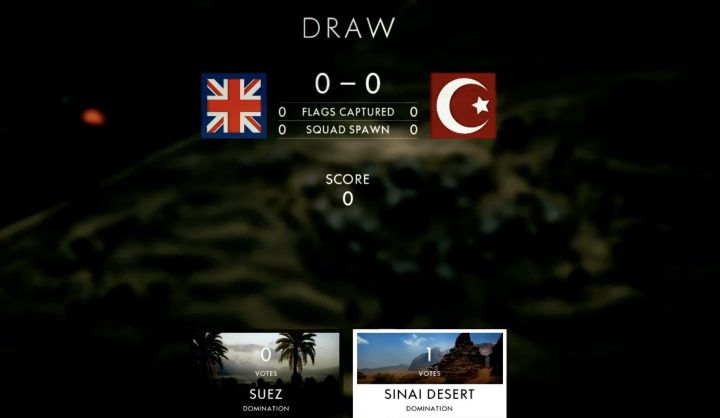 The players on the server now get two map options and whichever gets the most votes will be the map for the next round. The options are randomly selected from the server’s map rotation.

The vote pops up on the Victory screen which means you won’t lose any additional time in between matches.

As expected, the Winter Battlefield 1 update delivers a long list of fixes for lingering Battlefield 1 problems plaguing the game on the Windows PC, Xbox One and PS4. 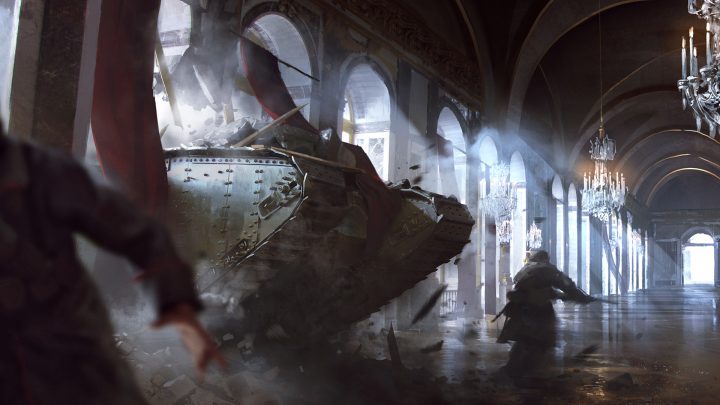 Here is the full list for the Xbox One, PS4 and PC. Note that the change log is different from the one that was available in the Battlefield 1 CTE.

Side gun meshes weren’t rendering for 3p spectators depending on which weapon was used and if that particular seat was spectated.

Fixed an issue with the “Tankghewehr 1918” Elite weapon replenished ammo after picking up any dropped weapon kit.

Fixed illogical behavior when using K Bullets with the Martini-Henry.

Increased horizontal recoil of Lewis Optical and M1909 Optical by 10% when ADS.

Upped recoil decrease of “Low Weight” SLRs from 6 to 7.

Increased damage of the Martini-Henry between 30 and 80 meters slightly.

Reduced the damage of impact grenades from 80 to 72″

Tweaked the damage behavior of the 12 g Automatic shotgun to balance all variants better against each other:

Fixed Selbstlader 1906 and GasserM1870 last round fired animations for accuracy.

Fixed issue with tiered reloading in the Mle 1903.

Corrected errors in moving dispersion for crouched hipfire on shotguns.

Automatico M1918 sometimes showed the wrong name (it was called Modello 1918 in a few places).

The Tankgewehr now resupplies 4 rounds at once.

Made damage of the Russian 1895 Trench and Horse drop slower to give them a slightly better 2 hit kill range.

The February Battlefield 1 update brings some excellent bug fixes but it’s far from perfect. Battlefield 1 problems are still plaguing many PC, Xbox One and PS4 owners.

We’re already hearing complaints about common Battlefield 1 issues including crashes, lag, UI-related problems, and more. We expect complaints to grow as more people download and try out the new version of the game.

If run into an issue with the February patch, make sure you report it. And if you can’t wait for the developer to roll out the next bug fix update (we expect one with the DLC next month), take a look at our list of fixes for Battlefield 1 problems.

EA DICE’s Winter update will likely be followed by its They Shall Not Pass DLC in March, the game’s first DLC expansion.

They Shall Not Pass will deliver a ton of new content including the French army, new vehicles, a new elite class, four new maps, two new operations, and more. DICE has revealed a bunch of details but there’s more to come.

If you’re a Premium Pass holder or if you’re planning to buy the DLC, note that DICE is planning to test the They Shall Not Pass DLC in the Battlefield 1 CTE sometime in the near future. It hasn’t provided a specific date.

For more on They Shall Not Pass, take a look at the slides below.

13 Things to Know About Battlefield 1 They Shall Not Pass
Related Topics:Battlefield 1GamingTechnologyvideo games