The Fortnite Android Beta is finally here. This is the official Fornite Android compatibility list for the beta. We are already seeing some devices pulled from the list with fixes in the works, and what you need to know about getting the Fortnite Android beta to work on other Android devices.

Launched alongside the Galaxy Note 9, the Fortnite Android Beta is only available on Samsung devices until August 12th. That’s when it will open up to many other Android phones and tablets that are on this list and some that aren’t. If you buy the Galaxy Note 9, you get 15,000 free V-Bucks.

Read: How to Fix Get on the Waiting List Error

The official list doesn’t include all Android phones or even all Samsung phones. For instance, the Samsung Galaxy J7 does not run Fortnite for Android.

The Fortnite Android Beta works on the following devices. Epic Games tested these devices and they have the specs needed to play the game well.

There are some other phones and tablets that are supported, but that aren’t working at this moment. These include;

You can expect these devices to work with the Fortnite Android beta in the near future. Epic Games is working on fixes and upgrades for the app to make it run on these specific devices. 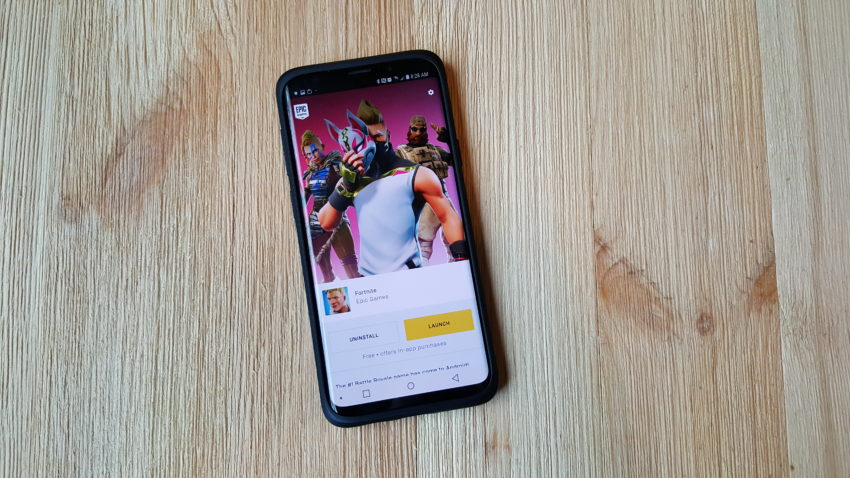 How to play Fortnite for Android on unsupported phones.

There is a chance that your phone can run the Fortnite Android beta even if it is not listed above. It needs to meet the minimum specs, but even then it is not a promise that the game will run or will run well. Epic Games says you need an Android phone or tablet that is;

You’ll also need about 2-3GB of storage for the game to install to, which shouldn’t be an issue with phones that have 3GB of RAM or more.

In these cases, you will choose Other Android Device on the signup screen. This will allow you to continue and get the download you need to install the Fortnite beta.

Android Fortnite Hacks to Play Early or On Unsupported Phones

Be very cautious of any Android Fornite hacks or Fornite APK downloads that you may find online promising you access to the game on an unsupported device or to play early on Android devices from other manufacturers.

We often see shady links to APK files that could easily do things on your phone that you don’t want them to do. This is a bigger issue with Fortnite for Android since it is not on Google Play. To install it on most Android devices you need to install from other sources.

With that in mind, you need to make sure that you get your Fortnite Android download from a legitimate source that hasn’t modified it to do something bad on your phone.

Watch out for promises of a download that requires you to verify by completing offers or performing tasks. We’ve never found any of these that actually work. You are simply giving your personal information and time for something that won’t show up.