How to Install the Galaxy Note 8 Oreo Update Right Now

Samsung’s Galaxy Note 8 Android 8.0 Oreo update has joined the release for the Galaxy S8 and Galaxy S8+. It’s currently limited to a single model in France, but we expect it to expand before the end of March.

The Galaxy Note 8 Oreo release is here, but it could be weeks before it hits your device. Samsung’s roll outs typically take several weeks to complete.

The good news is you don’t have to wait for Samsung to roll Android 8.0 and the Experience 9.0 UI out to your phone if you don’t want to.

The official Galaxy Note 8 Oreo build is now available to the public and it comes with all of the update’s features, enhancements, and fixes. It also comes with the company’s March security patches.

How to Get the Galaxy Note 8 Oreo Update Right Now

If you aren’t sure which Galaxy Note 8 model you own, you can use an app like CPU-Z to quickly figure out what model and processor you’ve got in your hands. If you don’t have the correct model, do not proceed. You could brick your phone.

If you already know what you’re doing, it should only take you a few minutes to complete the process. If you’re new to manually installing Android software, it’ll take a lot longer.

If you do decide to manually install the Galaxy Note 8 Android Oreo update ahead of time, make sure you backup the files on your device to prevent data loss.

Data loss is uncommon, but you’ll want to play it safe. 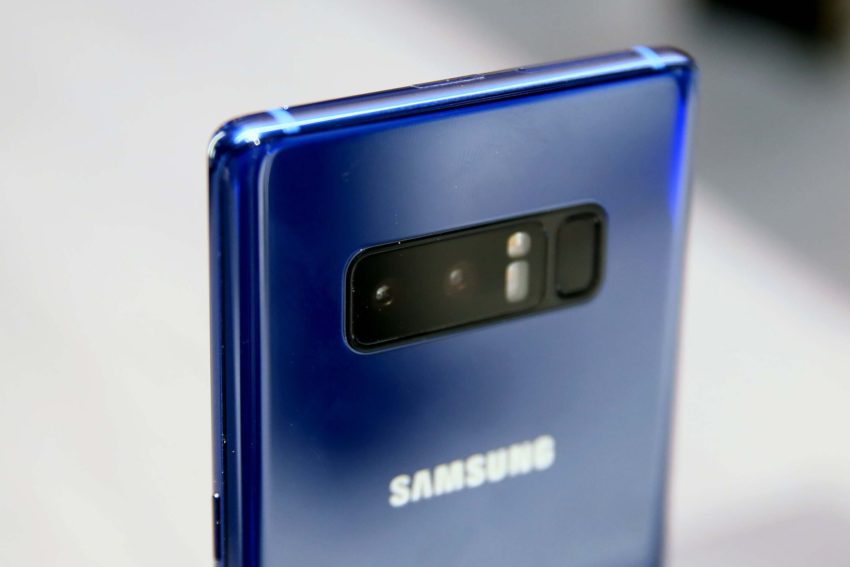 If you don’t have an Exynos Galaxy Note 8 and you want to install the Galaxy Note 8 Oreo update right now, you can download a pre-release version of the software provided you have some familiarity with sideloading and you’ve downloaded Samsung’s Odin tool.

The pre-release Android Oreo firmware is for the N950U and N950U1, the two Snapdragon-powered Galaxy Note 8 models. If you’ve got the correct device you’ll want to download the latest version of Samsung’s Odin tool and the update’s ZIP file.

If you’re still feeling comfortable, head on over to this guide at XDA-Developers. The guide will take you step-by-step through the manual installation process.

While some people are perfectly fine skipping the Galaxy Note 8 Oreo OTA (Over-the-Air) release, many others should play it safe and wait for Samsung or carrier to release the software.

The Galaxy Note 8 Oreo update looks a whole lot like the Galaxy S8’s. It comes with base-level Oreo features from Google and it also delivers the upgrades from Samsung’s new Experience 9.0 user interface.

Our walkthrough below will take you through the most exciting features.