In this guide we’ll show you how to watch the 2018 NFL Playoffs live on your mobile device, regardless of what carrier you have. In the past, watching games live on a mobile device was no easy task. However, that’s all changing this year. With that said, these are the easiest ways to watch games live.

While my Packers imploded, other teams are in the Playoffs for the first time in over a decade, like the Buffalo Bills. It’s an exciting time of year, and you’ll want to watch it all. If you’re not home for the big game, you can use a number of apps to watch it live on iPhone or Android.

Watching live football and the NFL Playoffs will be very different in 2018, especially on mobile devices. That’s because it’s no longer exclusive to Verizon Wireless. Verizon and the NFL just stuck a new deal that gives anyone access to games. In fact, fans have more ways than ever before to watch football. These are the apps you’ll want to have downloaded before the games begin. 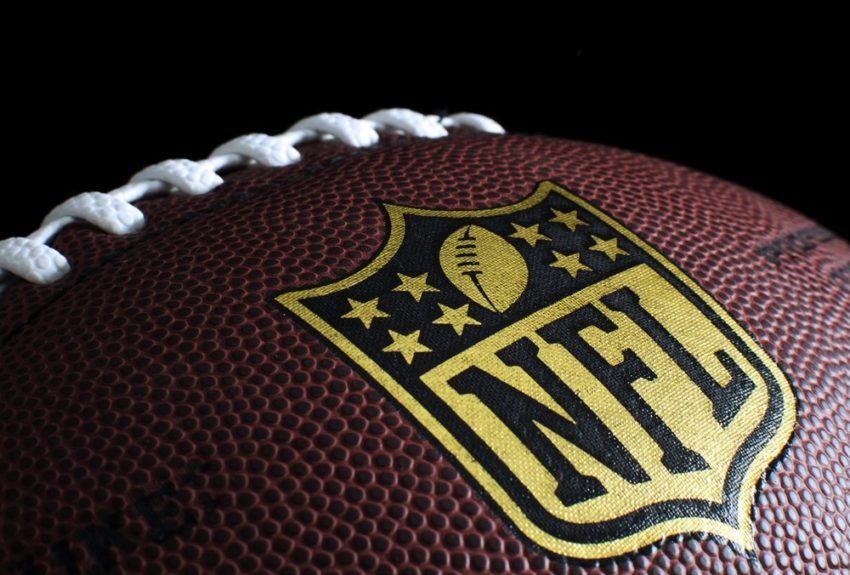 For years Verizon has been the exclusive mobile carrier and partner of the NFL. One of the only ways to watch NFL games live on a phone was to sign up for Verizon. Then, use the NFL Mobile app. However, that’s no longer the case.

Starting this month with the 2017-18 season NFL Playoffs, anyone with a smartphone will be able to live stream nationally televised games, without a cable subscription. Yes, you’re still limited to whatever is showing in your market, as out of market games are exclusive to DirecTV. We’ll update these instructions with more information as it’s announced.

How to Watch 2018 NFL Playoffs Live on Mobile

The new deal between Verizon and the NFL means that there are no more restrictions. Whether you’re on T-Mobile, AT&T, or someone else. Even if you’re using the Verizon NFL Mobile app, or the Verizon Go90 video-streaming app. Anyone can watch the Playoffs and the Super Bowl.

“Starting with the upcoming playoffs and for seasons to come, live NFL action directly on your mobile device – regardless of carrier – will give millions of fans additional ways to follow their favorite sport.” – NFL Commissioner Roger Goodell

Here’s the deal. The game-changing partnership between Verizon and the NFL gives everyone access, as long as they use one of the many services owned by Verizon Wireless.

Fans will be able to stream any of these games for free, on three different apps: NFL Mobile, Yahoo Sports (owned by Verizon), or the Verizon Go90 app. Again, these are FREE. 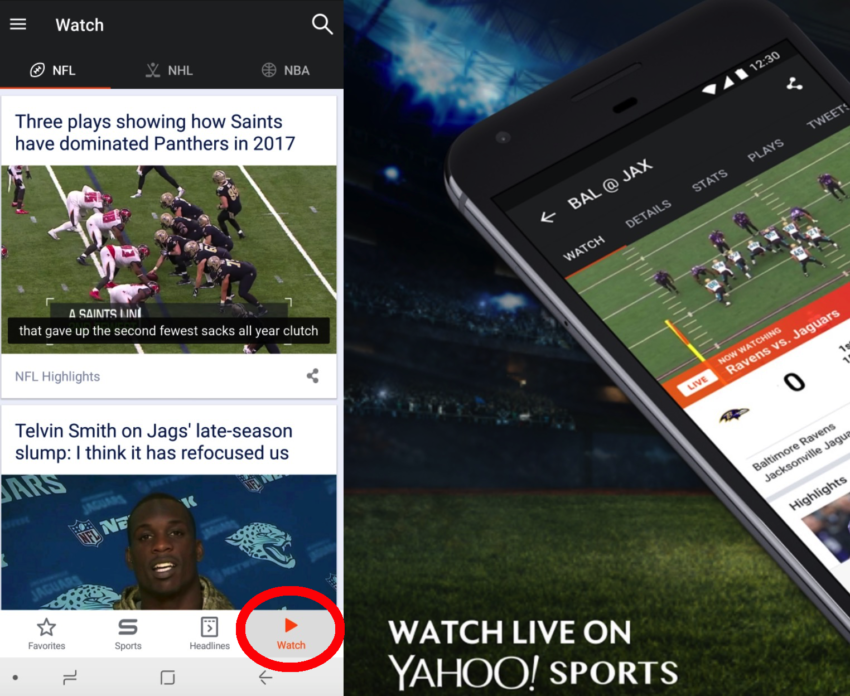 Simply download one of the apps we’ve linked to above, and you’ll be able to live stream the game on your phone. The Yahoo! Sports app recently received a large update with a new “Watch” tab on the bottom right, as shown above. Come game day, you can tap right there to watch the game that’s playing in your local market.

Here’s a list of the entire schedule, what channel the games are on, and when each game starts.

Additionally, you can watch games on a slew of other apps and services depending on what you have, and what you pay for. Cable subscribers can use apps from Cox, Comcast, or Dish, you can use Sling TV, and much more. Here’s a bigger breakdown of all the different apps and ways to watch sports and NFL live on Android or iPhone.

Most of these apps only work if after you sign in through the paywall. This means you connect and confirm your cable subscription, and then you can watch the game on Fox Sports GO with your tablet. These are the older traditional methods, but they still work just fine.

Another option is apps offered up by cable companies themselves. Like Contour from Cox, which lets subscribers tune in to 100’s of channels they get at home, on a tablet. Contour doesn’t work on smartphones, but all you’ll need is a WiFi connection (or tether from your phone) and a tablet to enjoy games on Fox, CBS, ESPN and more.

The same type of option is available from many other cable providers. Some have restrictions and limitations, a few allow smartphones, so try what provider you have and see what works best for you. Personally, I just use Sling TV and will give Yahoo Sports a try this post-season.

These are just a few of many cable providers that have pretty excellent apps to enjoy live TV smartphones and tablets. These are available on iTunes for iPhone as well. Users can watch more than sports with these apps, but this is all about the NFL playoffs.

Read: How to Get the NFL Sunday Ticket Without DirecTV

The wildcard weekend, divisional playoff games, Super Bowl, and Draft Day will all be available with these apps. Remember, blackout restrictions may still apply depending on your region.

It’s also worth noting that things are going to change drastically before the 2018-19 NFL season later this year. Now that the new Verizon and NFL deal is done, expect tons of streaming options moving forward. In the meantime, try the apps above, and may the best team win.