The Madden 21 release date is still a month out, but you can pre-order the Madden 21 Deluxe edition today. This is a $20 upgrade from the base game, and one of there Madden 21 editions this year. This $80 Madden 21 version is the most tempting for many buyers and we’re here to help you decide if you should choose this upgraded edition by answering the question, “Is the Madden 21 Deluxe Edition worth buying?”

You get a ton of Madden Ultimate Team featured when you buy the Deluxe Edition. This replaces the Superstar Edition from last year, but the bonus items re mostly the same. Specifically, we compare how much you get compared to spending $20 on packs in Madden 21. When you use the best Madden 21 deals you can save $8 on this edition with EA Play.

If you own Madden 20 and have EA Play, you might be able to get the Madden 21 MVP edition for the same price, so check the price on your console before you buy. That is a much better value if you can get the deal.

Buy the Madden 21 Deluxe edition for $79.99 at GameStop, Amazon, Best Buy, and digitally on PlayStation and Xbox as well as Origin and Steam.

The Madden 21 release date is August 25th for the Deluxe edition. This lets you play three days earlier than the base game, which is nice, but it’s not worth a lot in a monetary sense. You can play 10 days early with EA Play, which is $4.99 a month or $29.99 a year. 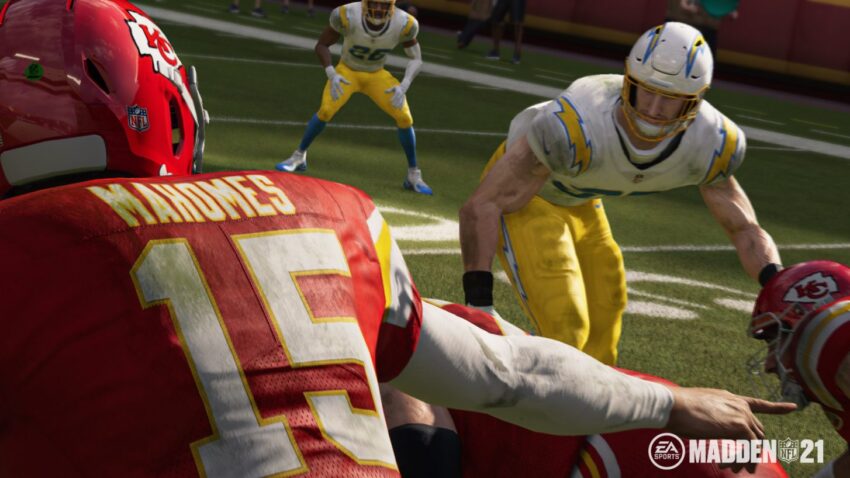 Is the Madden 21 Deluxe edition worth buying?

Just like with the top of the line Madden 21 MVP Edition, the Deluxe Edition is all about MUT bonus items. If you spend most of your time playing Madden Ultimate Team, this is an upgraded option that makes a lot of sense. If you plan to play Franchise or just against friends or online exhibition games, then you shouldn’t invest the extra $20. If you spend most of your Madden game time in Ultimate Team, this gives you a nice bump. Keep in mind that EA does offer new cards and rewards as you play, but if you plan to spend money on in-game purchases, this may be worth it. Here’s what you get in the Madden 21 Deluxe Edition;

Ultimately you are getting seven more Madden Ultimate Team Gold Fantasy Packs than if you bought the base edition of the game. The other items are standard, so we aren’t putting a value on those.

Ultimately you’re buying about $20 in Madden Ultimate Team content for about $20. You aren’t getting a lot of additional extras with this edition, but you also aren’t paying for more than you should. One really nice part about this offer is that you get all the packs up front instead of over multiple weeks and months. This means you can build a better team on day one.

If you are planning to spend $15 or more on Madden 21 Fantasy Packs in the game after it comes out, you are better off buying the Madden 21 Deluxe Edition to start. This gets you a better base and allows you to blast through a lot of early challenges as well as gives you an edge against other players when you start playing Ultimate Team online.