The January Black Ops 3 updates continue to arrive for the PS4, Xbox One and PC with a focus on fixing small issues and the latest patches aim to stop boosting, glitches, CryptoKey farming and other fixes totaling 19 confirmed changes to Black Ops 3 and some housekeeping.

Update: This is what you need to know about the new Black Ops 3 1.05 update release date and what is new.

We also learned about what is coming in future hot fixes and what requires a bigger patch like we expect as part of a January Black Ops 3 update that rolls out through Xbox Live, PSN and Steam instead of through the in-game update tool.

These hotfixes continue to trickle out as we come closer to the Black Ops 3 Awakening DLC release date in February, and we could see a bigger update arrive around that time.

This is what you need to know about the January Black Ops 3 hotfix that updates you to 43.15.54.5 We’ll tell you what’s new and what Treyarch plans for the next hotfixes and a larger Black Ops 3 Update.

So far this month we’ve seen three hotfixes for Call of Duty: Black Ops 3. These roll out when you start the console and are required for you to play the game online. If you cannot find a game to play, you may need to quit the game and restart it from the home screen of your console or on your computer to check for an update.

Here’s what’s new in the43.15.54.5 hotfix, and in the hotfixes before it that are patching Black Ops ahead of a bigger update. These fixes will arrive in a larger Black Ops 3 update that we expect will come later this month.

This also leaves the TDM score limit at 100, which is where the company raised it last week to make the matches last as long as they should.

The latest Black Ops 3 hotfix to 43.15.54.5 arrived with fixes for Black Ops 3 Zombies. Specifically, the final three fixes listed above.

These are the confirmed changes to Black Ops 3 game on current consoles and PC. This update is not available on Xbox 360 or PS3.

Last month we learned that Treyarch planned to fix the map rotation and voting system that allows lobbies to play Combine back to back to back, since this wasn’t what the system was supposed to do.

Now we know that there is a fix in the works, but that it will need to come in a full size Black Ops 3 update instead of a hotfix. 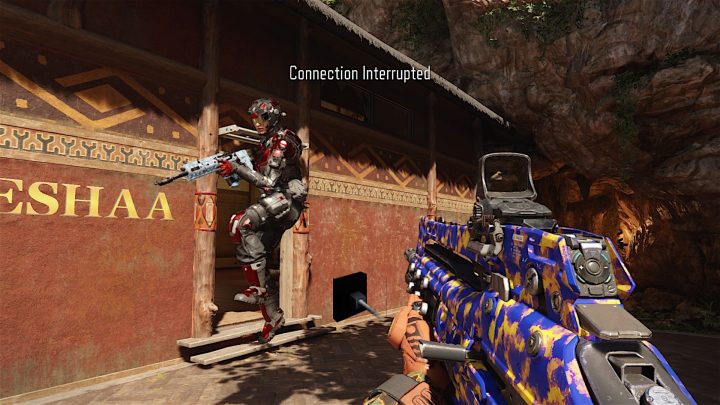 David Vonderhaar, Studio Design Director at Treyarch confirmed on Twitter that this is happening, sharing, “The work to fix this (apparently) needs a game update and can’t be done in hotfix. It’s in my top 5 list.”

There is no timeframe for this fix yet, but we are hopeful that this will come in a January Black Ops 3 update.

Before the Call of Duty: Black Ops 3 release we heard that downloadable paint jobs would be a feature, but this didn’t happen when the game arrived.

Users still want to use the feature to get better looking paint jobs and emblems that they don’t need to create on their own, but it is unlikely part of a January Black Ops 3 update and it may never arrive.

Vonderhaar replies to a user asking about the feature stating, “It’s not looking good, but we haven’t given up complete hope just yet.”

As part of a short Twitter Q&A, Vonderhaar answered several questions about potential features and changes to the game that would be part of future upgrades. In mid-January Vonderhaar reached out to the community to ask if they want the Team Deathmatch score limit to go from 75 to 100.

User @Im_Space_XP asks, “any plans to add the option to turn auto mantle off?” to which Vonderhaar responds, “No.”

@VirtueTZM asks “Can you remove Safeguard from Ground War?” and Vonderhaar replies, “I can. But we (probably) won’t. We have considered lowering its rotation, but we prefer the variety.”

Many users want to know what is happening with the locked soundtrack icon. Vonderhaar responds, “Nothing yet but we have some ideas.”

G-Sliding, as shown in the video above may not be around long-term. Vonderhaar states, “I doubt it.” when asked if this feature was here to stay.

We’ve made it through most of January without a Black Ops 3 Double XP event. We did see a Double Cryptokey event and now there is a one day Half price sale on Rare Supply Drops when you buy them with Call of Duty Points.

Let’s cut the cost of Rare Supply Drops, shall we? It's a 24hr only deal that starts tomorrow. pic.twitter.com/pbz8meRHd7

There is still hope for the first Black Ops 3 Double XP weekend in January, but there is no firm information yet.

Gamers who bought Black Ops 3 at Christmas did not get a chance to play with Double XP yet, which leads us to believe that there is something planned for the near future, but it may not happen in January.