In December, LG started the first Android 7.0 Nougat updates for the popular LG G5. And now that we’re in February most owners should be on the latest release. It delivers improved performance, better battery life, and a slew of new features. However, the LG G5 Nougat update is causing problems for some.

Google officially released Android Nougat back in August of 2016 after a long beta period, as a replacement for Android 6.0 Marshmallow. Most carriers have sent it out, but not all. Either way, owners will want to read on for some potential bug fixes. 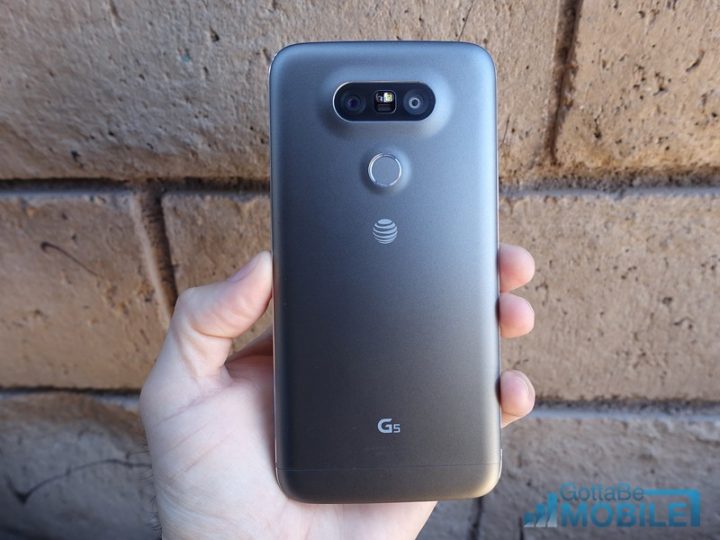 Now that most LG G5 owners have been using Nougat for the past few months, a lot of information is available. Countless users have complained about a slew of issues. From battery life, lock-screen glitches, to many other things at XDA Developers.

It’s worth noting that many claim the experience is great, while others, not so much. So depending on the situation one or all of our tips below can help.

LG doesn’t have the best track record with updates, and we saw similar problems with the LG G3 and G4. Still, most of the bugs should be small things that can be fixed, or will be solved with an upgrade to Android 7.1.1 or 7.1.2 Nougat in the near future.

With that all out of the way, these are some common LG G5 Android Nougat update problems and how to fix them.

This is a complaint we see with almost every phone at some point, especially after Android updates. The LG G5 has a 5.3-inch display, but also a small 2,800 mAh battery. Meaning it may not be the best, but Android Nougat is supposed to make it better, not worse.

Overall, Android 7.0 Nougat should give it substantially better battery life, but it may take a few days to settle in. That said, if you’re noticing abnormal drain there may be a bigger problem.

Go to Settings > Display and turn off the Always On Feature, turn down screen brightness, or check for rogue apps draining the battery faster than they should. This happens on occasion. Head to settings > battery > and check to see what’s using the most battery life. Typically it’s the display, or the Android OS (Google Services). If there’s an app at the top of the list, delete and uninstall it. Often times reinstalling the app will fix this, or delete it for good. Some may not be prepared to work with Nougat, although most should be by now.

Another option is to use the battery saver mode in battery settings, or Smart Settings has an option to automatic all the settings and options for optimal battery life throughout the day. Don’t forget to swap out the battery with a full one using the replaceable battery, if needed. That’s what it’s there for.

Some say battery life is stellar, while others say the opposite. Everyones uses and apps differ though. Try a few reboots by holding down power, clear the cache, or use LG’s tools to clean up the phone. One more reboot and hopefully things are better. That should fix any battery issues.

For whatever reason a lot of reports talk about charging speeds. The G5 has USB Type-C and Quick Charge 3.0 capabilities. It should recharge from 0-70% in around 30-40 minutes. Fully charged in around 90 minutes, and overall be a quick device to charge.

If not there could be a few things here. For one, make sure you’re using the dedicated charger that came in the box. Second, there’s a setting to turn off “Quick Charging” in the battery settings menu. Make sure that didn’t somehow get toggled off during the Nougat update. Some report plugging it into the charger and rebooting the phone makes the screen show “Fast Charging”. That shouldn’t happen, but give it a try. We may need an update from LG in the near future.

Another suggestion would to buy one of our recommended Quick Charge 3.0 chargers for the LG G5, and enjoy the fastest charge possible. Also use a good brand and a reliable cable. Not a cheap cable from a gas station, or one you found in a drawer. The phone can charge at this high speed, but the charger in the box is only Quick Charge 2.0 in the US. Get one from our link, and enjoy faster speeds.

Overall we’ve been very impressed by the LG G5 fingerprint scanner. It’s faster and easier to setup than the Galaxy S7, very accurate, and works great. Some are having problems after Nougat, or have recently added a case and it’s not working as good as before. Here’s a few suggestions.

If you’re experiencing LG G5 fingerprint scanner issues the best option is to delete all fingers saved. Then simply redo them all. Especially if you’ve added a case. The right angle is important and a case can change that.

This will ensure a good experience moving forward and should fix any outstanding fingerprint issues. Also, make sure the scanner is clean if you’re getting a lot of errors or failed attempts. Otherwise, Nougat shouldn’t have changed anything in this regard.

It seems with every update a few reports pop up about Bluetooth or WiFi. We’re not sure why. Often times you just need to repair devices, as something got lost in translation. There is a known audio issue in Android 7.0 that’s fixed in 7.1.2 so wait for an update if the below doesn’t help. We know, that’s not the news you wanted to hear.

For one, unpair and repair any device trying to use Bluetooth, as that could fix it. And if any “permissions” appear during this process make sure its set to allow. You can also find permissions with the search tool in settings and make sure none have been denied on accident.

Another route is to head into settings> general > smart settings and make sure an app or profile isn’t turning off or messing with Bluetooth. Custom profiles turn off WiFi or BT to help the battery. This could be more aggressive with Nougat. Turn them off. Last but not least, a reboot typically solves any small issue like this one.

Some say streaming music is fine, but calls over Bluetooth don’t work. Are you seeing this? Let us know in the comments below.

Owners have mentioned slow WiFi performance, drop-outs, or speeds so slow they can’t even load websites. This depends on a lot of variables, as well as the device location and even the router. However, Nougat added to the frustration.

LG fixed some WiFi problems in 2016 with software updates, but some could have reappeared with Nougat. Try our tips below, and we’ll report to LG to see if anything is known at this time.

For now, try to reset you home router or modem. Another option is to head into settings > connections > WiFi and forget the wireless network. Next reconnect, put in the password, and it should stay connected now. When Android 7.1.2 Nougat arrives we can expect further improvements. LG often has issues with WiFi.

Above the screen near the ear-speaker is an LED for notifications, and to show the phone is being charged. This can be disabled at times, and some are saying it just doesn’t work on Nougat. We’re also hearing notifications are showing up on the lock-screen, but that could vary by app.

For what it’s worth, LG’s notification LED only works for default notifications, or apps like LG’s own messages app. Not third party ones installed from the Play Store. Many have an LED option in settings, like Handcent or Textra. Go in and reset the LED notification. Owners can also download a third party app to improve and customize the LED. We’d recommend trying LightFlow, then setting custom LED colors for an array of different situations.

This should fix problems with the notification LED. Also, make sure in Sounds & Notifications the LED is enabled. Yes, there’s a setting to turn it off.

Last but not least, some are mentioning the Always-On Display isn’t the same. Our LG G5 on Nougat has none of these issues, so most are likely isolated. Make sure the Always-On display is enabled in settings, as this could have been turned off somehow for improved battery life. 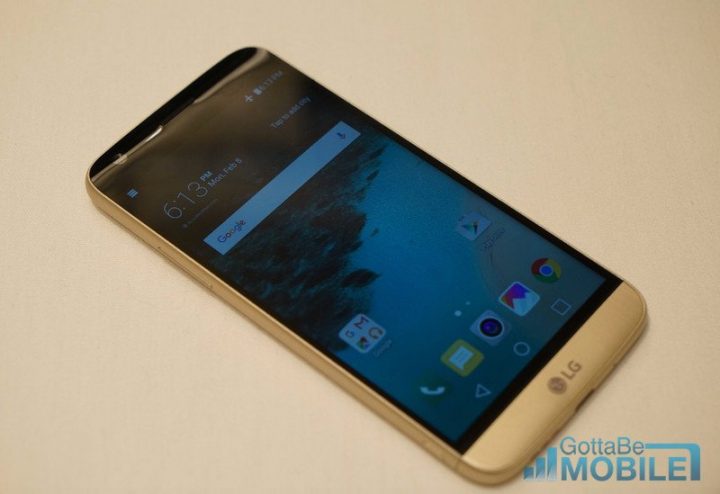 If all else fails, sadly the best step and one I do with every major software update, is a factory data reset. This erases absolutely everything off the phone. However, it gives you and the device a clean slate to work with. Cleans out the cache, any update remnants, and generally fixes just about everything.

Head into Settings > Back & reset > Factory Reset > Erase. This will take a few minutes, reboot once or twice, and reboot back to how it was the day it came out of the box. We’d recommend backing up everything first. Once you reset it sign into Gmail and restore as much as you can, start over, and hopefully enjoy a better experience.

These are just a few of the problems we’ve heard about. Are you having others? If so let us know below. Otherwise, stay tuned as some bug fixing updates or Android 7.1.1 and 7.1.2 Nougat are coming in the near future. Good luck.