Apple iPad Pro users often take the tablet on the road with them for productivity on the go, but the Logitech Base Charging Stand for iPad Pro also lets them enjoy the tablet at their home or office. The iPad Pro with the Smart Connector magnetically attaches to the Base. This turns it into a serious productivity tool or a useful screen for viewing entertainment, images or a slide show as business kiosk. 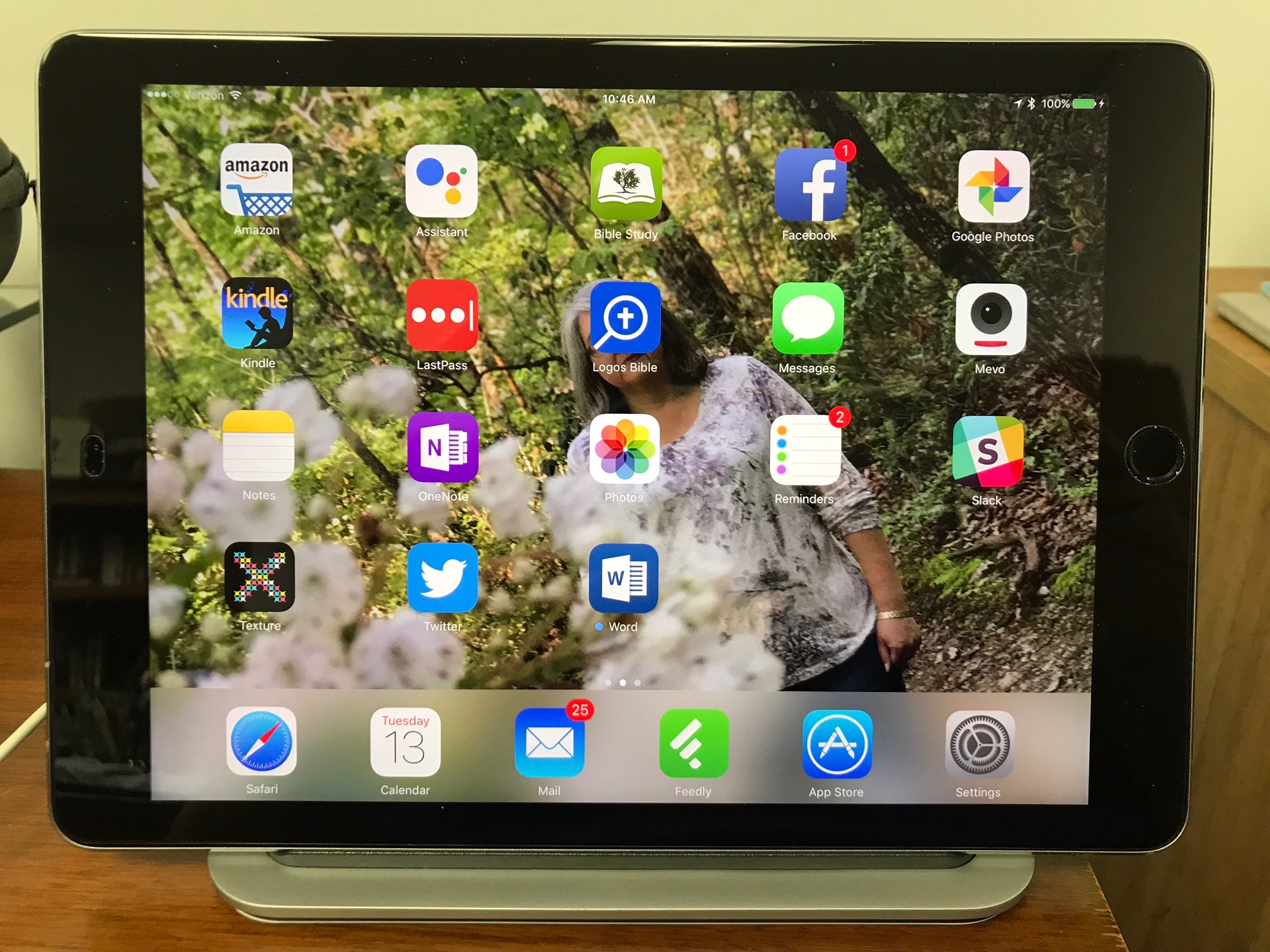 Logitech designed the Logitech Base iPad Pro Charging Stand using a heavy aluminum design with a nice non-skid bottom that holds the stand in place even on slick glass desktops. The stand will hold the iPad Pro at a nice 70-degree viewing angle. 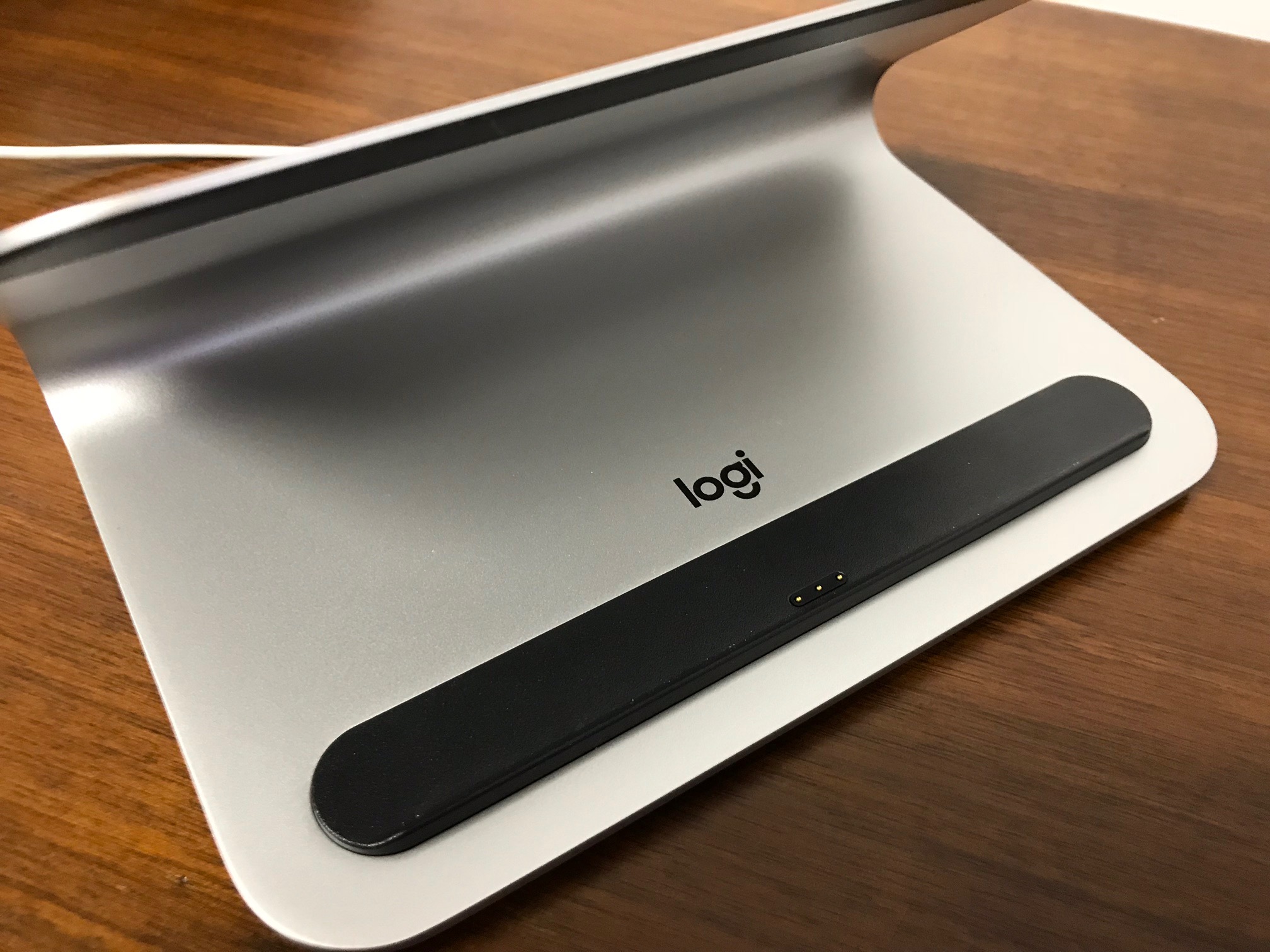 The iPad Pro Smart Connector that hooks to the Smart Keyboard Case from Apple, snaps into place in the stand. It has the same kind of connector that charges the iPad while it’s in the stand. The spots of the aluminum stand that touch the iPad have protective layers to keep them from scratching the soft aluminum surface of the iPad. 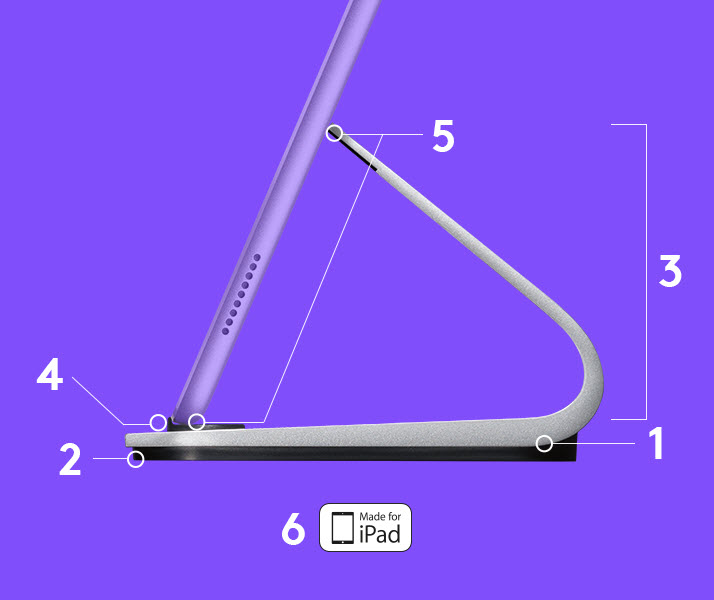 Thanks to the MFI certification, Logitech made sure the stand meets Apple’s standards. It looks and feels like a quality stand that will last. It’s a chunk of aluminum, so it’s not likely to break easily or even bend. The curved back that holds the iPad Pro doesn’t fall backwards easily while keeping the iPad from falling forwards even while tapping the screen with your finger or writing with the Apple Pencil.

Combining the Logitech Base with your iPad Pro, an Apple Keyboard and a good Apple Pencil holder like the one from Belkin makes a nice home or office desktop setup. It turns the iPad Pro into a more useful productivity tool. 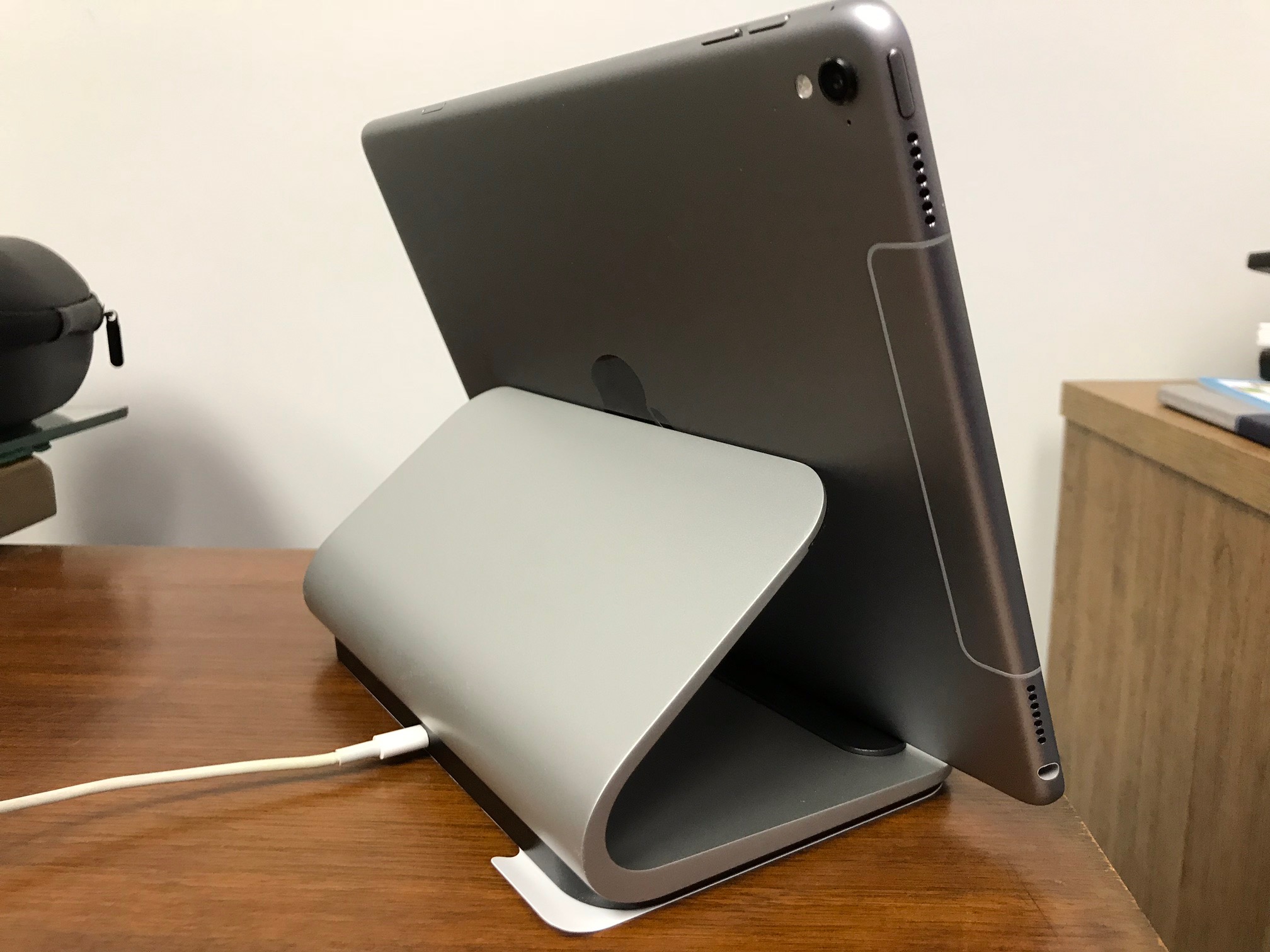 The charger itself works well. It charges just as quickly as it would if you plugged in the iPad to a wall outlet, but it doesn’t sync the iPad Pro with a computer. Even though it doesn’t work as pass through syncing device, the Logitech Base is a great iPad Pro stand. Adding a charger and Bluetooth keyboard gives you a useful desktop productivity setup. 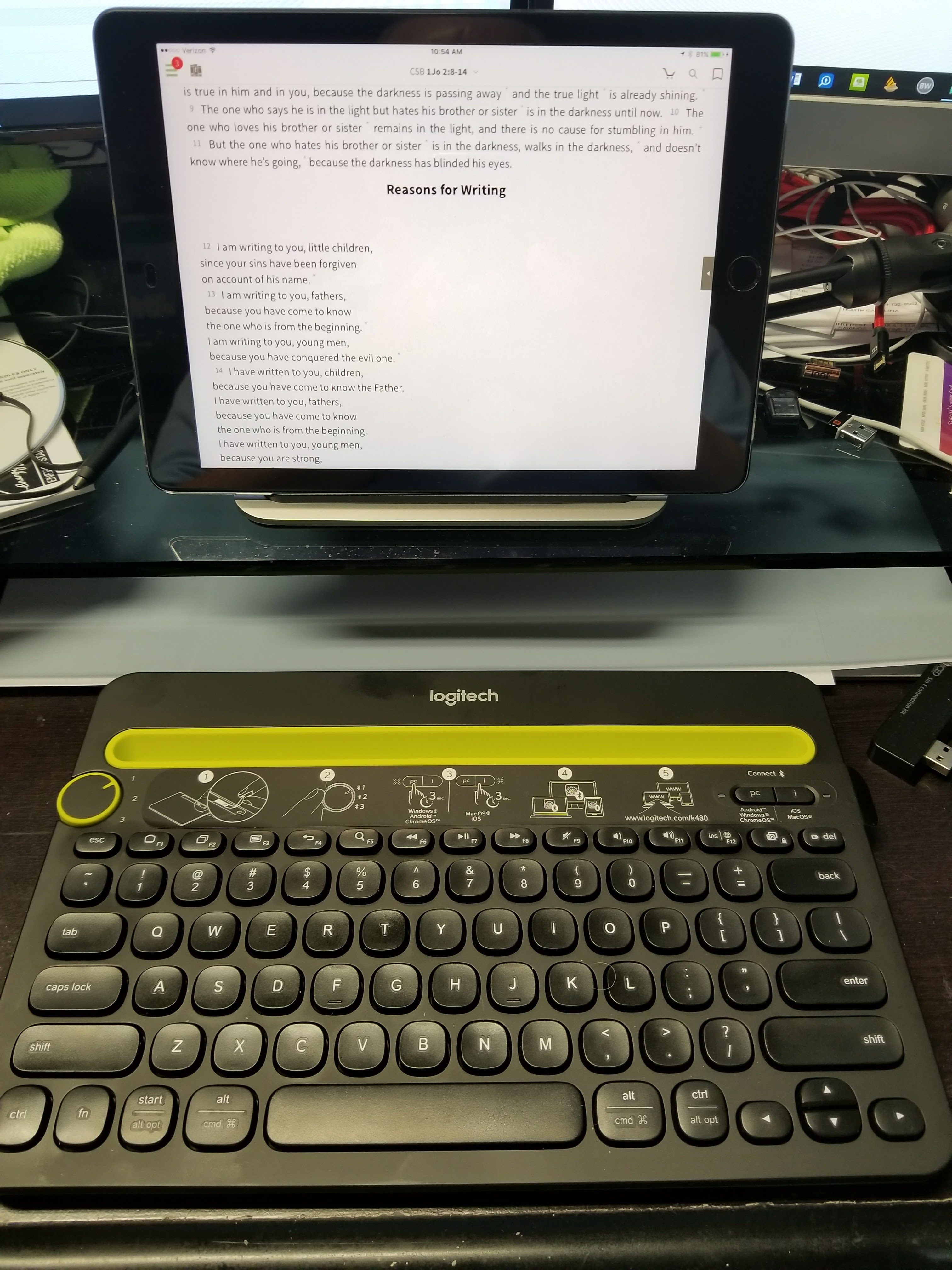 Buyers will need to decide if the Logitech Base iPad Pro Charging Stand gives them $100 of functionality.  I really like using it with my Logitech K480 keyboard. I can easily switch from typing on my computer to typing on my iPad Pro with the flick of a switch. However, unless I was a hardcore productivity iPad Pro user, I wouldn’t think it was a good value at $100. It’s a niche product for a certain kind of user. Others can rely on their iPad cases which typically include a stand mode option.